A new edition of the Gear VR has been announced.

Samsung has announced the latest version of its Gear VR. The new model includes a controller.

"At Samsung, we are focused on setting and exceeding the standard for VR experiences, making them even more accessible and delivering the highest in quality," said Younghee Lee, Executive Vice President of Mobile Communications Business, Samsung Electronics. "The Gear VR with Controller expands our VR ecosystem to help consumers get more engaged and immersed in VR content – whether it’s games or videos."

The new Gear VR headset features 42mm lenses with a 101-degree FOV (Field of View), and advanced distortion correction technology to minimize motion sickness. The device supports both micro USB and USB Type-C port with a converter in-box. In addition, the headset comes with a new controller for better motion interaction. 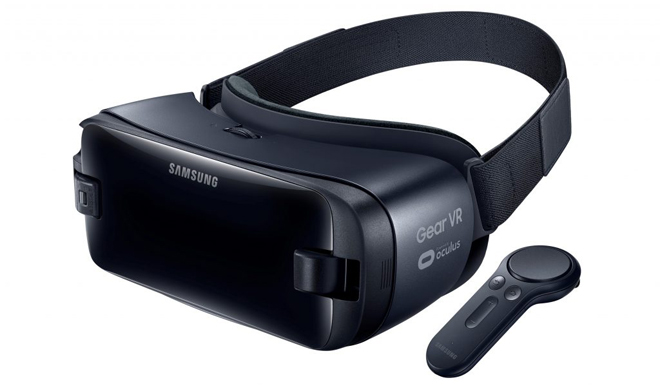 Here's a rundown of key features for the controller per Samsung:

- Various Motion Input for a Better VR Experience: The Touchpad provides quicker selection and interaction in VR apps, enabling various forms of motion, including the ability to point, drag and drop, tilt, shoot, among other actions, while the Trigger allows for enhanced gaming experiences.

- Minimized Movement for Long-time Use: The Home, Volume and Back keys located on the Controller give users everything they need in easy reach so that they can keep their focus on immersive content.

- A Secure Grip for Comfortable Play: Even during the most active movements, the Controller’s wrist strap offers a secure grip for comfortable and secure play.

Pricing and availability have not been announced yet, but the new Gear VR with Controller will be compatible with the Galaxy S7, S7 edge, Note5, S6 edge+, S6 and S6 edge. Meanwhile, the 2016 Samsung Gear VR model is currently available for $85. There's no word yet if the new controller will also work with the previous headsets.