The comedy sequel starring Mark Walberg and Will Ferrell heads to both formats in February.

In an early announcement to retailers, Paramount says 'Daddy's Home 2' will be available on Blu-ray and 4K Ultra HD Blu-ray on February 20.

When it comes to raising their kids, Dusty (Mark Wahlberg) and Brad (Will Ferrell) finally have this co-parenting thing down. That is, until Dusty's macho dad (Mel Gibson) and Brad's sweet-natured father (John Lithgow) come to town, throwing the whole family into complete chaos. As old rivalries create new problems, Dusty and Brad's partnership is put to the ultimate test in this hilarious and heartwarming comedy that gives new meaning to the term 'blended family'.

You can find the latest specs for Daddy's Home 2 linked from our Blu-ray and 4K Release Schedules, where it is indexed under February 20. 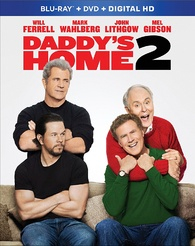 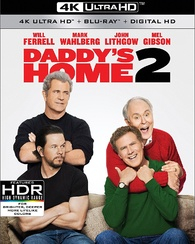