Onkyo has detailed its latest home theater products. The upcoming TX-NR676 7.2-Channel Network A/V Receiver ($649) and TX-NR575 7.2-Channel A/V Network Receiver ($549) are set for release in May. In addition, the company has also announced plans to release a Dolby Vision firmware update for its 2016 lineup of network 7, 9, and 11-channel devices. 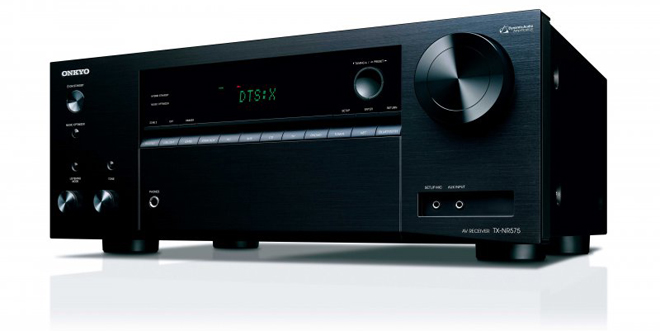 In addition, the TX-NR676 and TX-NR575 offer Chromecast built-in, DTS Play-Fi, FireConnect, Spotify Connect, AirPlay, and Bluetooth connectivity along with access to several music streaming services like Pandora, TIDAL, TuneIn, and Deezer from within the Onkyo Controller. Finally, the units support HDMI pass-through of HDR10 and Dolby Vision, the BT.2020 4K Standard, and 4K/60 Hz video.

Outside of the company's new receivers, Onkyo has also announced that it will release a Dolby Vision firmware update for its 2016 network 7, 9 and 11-channel models, ranging from the TX-NR555 to the PR-RZ5100, later this year.