The bonus features for the action-adventure coming to Blu-ray in September have now been revealed.

As previously reported, Magnolia is preparing 'The Last King' for Blu-ray on September 20.

In the year 1206 Norway is raged by civil war. The King's illegitimate infant son, Håkon Håkonsson, which half the kingdom wants killed off, is guarded in secrecy by two men. A story which changed the course of the country's history.

Specs haven't been revealed yet, but supplements include: Interview With Actor Kristofer Hivju; The Last King Music Video: Bifröst; and Theatrical Trailer.

You can find the latest specs for 'The Last King' linked from our Blu-ray Release Schedule, where it is indexed under September 20. 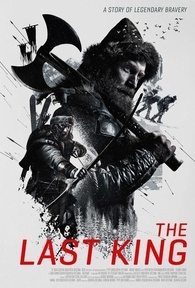