The game of horrors continues on both formats this January.

In an early announcement to retailers, Lionsgate says 'Jigsaw' will be available on Blu-ray and 4K Ultra HD Blu-ray on January 23.

In the latest terrifying installment of the legendary SAW series, law enforcement find itself chasing the ghost of a man dead for over a decade, embroiled in a diabolical new game that's only just begun. Has John Kramer, the infamous Jigsaw Killer, returned from the dead to commit a series of murders and remind the world to be grateful for the gift of life? Or is this a trap set by a different killer with designs of their own?

Each release will feature a Dolby Atmos soundtrack and supplements include: Audio Commentary with Producers Mark Burg, Oren Koules, and Peter Block; "I Speak for the Dead: The Legacy of Jigsaw" 7-Part Documentary; and "The Choice is Yours: Exploring the Props" Featurette.

You can find the latest specs for Jigsaw linked from our Blu-ray and 4K Release Schedules, where it is indexed under January 23. 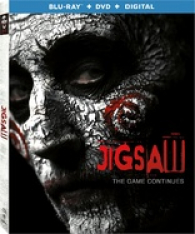 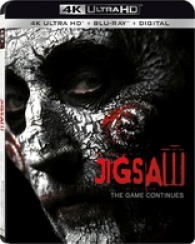