The science fiction film will hit both formats this November.

In an early announcement to retailers, Lionsgate says Kin will be available on 4K Ultra HD Blu-ray and Blu-ray on November 20.

Recently released from prison, Jimmy (Jack Reynor) hopes to reconnect with his younger adopted brother, and estranged father (Dennis Quaid). But after a run-in with a vengeful criminal (James Franco), Jimmy and Eli become fugitives with one hope for survival: a metallic box from another dimension that transforms into a superpowered weapon and leads Eli to discover his true identity—a hero destined for greatness—in this thrilling action-adventure with a sci-fi twist. From the producers of Arrival and TV's "Stranger Things".

The 4K release will feature Dolby Vision HDR, a DTS:X soundtrack, and supplements on both releases will include:

"Thicker Than Water: The Making of Kin" 8-Part Documentary

You can find the latest specs for Kin linked from our 4K and Blu-ray Release Schedules, where it is indexed under November 20. 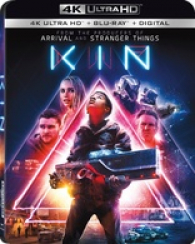 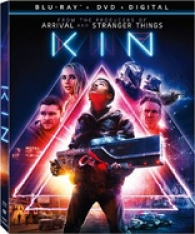