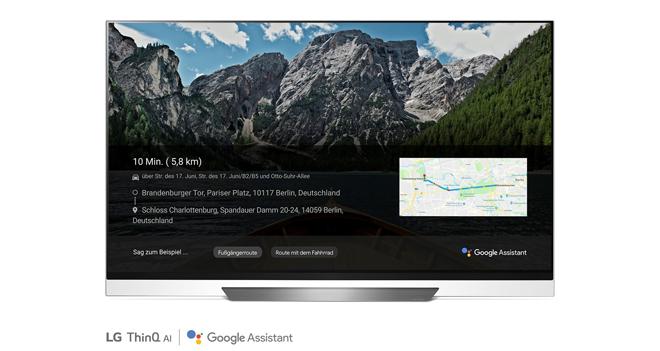 For this edition, we're covering the upcoming expansion of Google Assistant support for LG TVs to more markets, Yamaha's new MusicCast amp for custom install users, and the launch of the Dirac Live beta app.

LG has announced plans to expand Google Assistant integration for its 2018 lineup of ThinQ OLED & SUPER UHD TVS to seven more markets, including Australia, Canada, France, Germany, South Korea, Spain, and the United Kingdom. Likewise, the feature will be compatible with up to five languages. The tech launched in the US earlier this year and offers support for advanced AI functions directly through a TV's remote without the need for any additional hardware or devices.

"LG's vision is to become a major name in all things AI based on our philosophy of open platform, open partnership and open connectivity," said Brian Kwon, president of LG Home Entertainment Company. "Beyond the unrivaled picture quality that LG’s premium TVs deliver, the Google Assistant offers even more consumers a new level of intelligence in the home, aligned with LG's mission to improve the daily lives of its customers through forward-thinking technology." 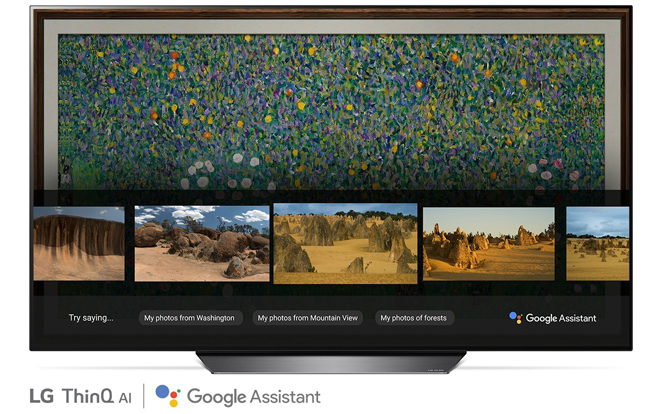 The Google Assistant for LG ThinQ TVs uses advanced machine learning and natural language processing technologies to allow users to manage daily tasks, access information, and control other compatible smart home devices through the TV's voice functions. In addition, LG's own ThinQ tech allows users to control their displays, change settings, search for content, and activate playback through spoken commands. Users simply need to press and hold the mic button down on their remote, enabling quick access to TV options, content, and information via natural questions and commands like "Switch to Discovery channel," "Search for the soundtrack of this movie," "Turn off the TV when this program is over," or "What’s the weather this weekend?"

And beyond integrated Google Assistant support, 2018 LG ThinQ TVs are also compatible with existing Google Assistant products (like the Google Home) in the United States, the United Kingdom, Australia, and Canada -- enabling voice control of the TV through separate Assistant devices. Support for this feature will also be expanded to France, Germany, Japan, and South Korea by the end of 2018.

LG will be demoing Google Assistant on its ThinQ lineup at the company's IFA 2018 booth in Berlin from August 31 to September 5.

Dirac Research has announced the launch of a beta version of its new Dirac Live room correction mobile and PC app. The beta is now available for users with Arcam, Lexicon, Audio Control, and NAD units.

Dirac Live is a patented room correction technology that uses multiple measurement and mixed phase correction to fix the frequency response and impulse response of a room's speaker setup, resulting in a more natural and realistic sound. 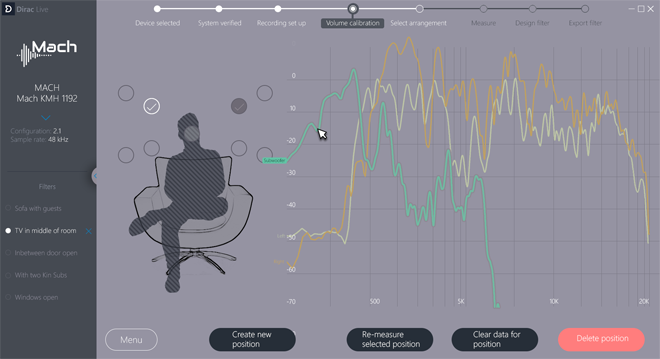 "Dirac Live has served as the industry’s reference room correction solution since it was first unveiled over five years ago," stated Thorin. "It established a new standard in room correction technology and allowed home theater systems to achieve a new degree in acoustical perfection. However, new UI design and technical advancements have inspired us to reimagine the Dirac Live solution for its second generation – combining the brilliance of the first-generation solution with recent market developments to usher in a new era of Dirac Live. We look forward to showcasing its beta at CEDIA 2018!"

The new Dirac Live beta offers an upgrade UI design, along with improved system setup and technical performance. Likewise, the new version presents a more guided process to ensure users are taking the correct steps and that the best settings are being employed. In addition, the beta uses an enhanced phase correction algorithm for improved stereo reproduction.

The new Dirac Live beta will be demoed at the company's CEDIA 2018 booth in San Diego from September 4 through September 8.

Yamaha has revealed its latest MusicCast device. The XDA-QS5400RK MusicCast Multi-Room Streaming Amplifier is designed for the custom integration market.

"Our AVENTAGE AV receiver line has long been a choice of custom integrators for building state-of-the-art surround sound systems. Now we're making it easier than ever for integrators to expand beyond the home theater, to bring Yamaha true sound and reliability to every room in a home," said Robert Goedken, general manager, AV division, Yamaha Corporation of America. "The Yamaha MusicCast ecosystem keeps getting better and custom integrators are going to love the QS."

The XDA-QS5400RK offers support for four zones of streaming audio with eight channels of amplification, making it ideal for powering outdoor speakers or in-ceiling speakers throughout a user's home. The unit features an ultra-slim, space-efficient 1U-tall rack-mountable enclosure with removable rack ears and a faceplate. Under the hood, the device uses dual 384kHz/32-bit ESS Sabre digital-to-analog converters (DACs), and ultra-efficient ICEpower integrated circuits. The amp is rated for 50 watts/channel (8 ohms), a 10 Hz to 22 kHz (+0/-3 dB) frequency response, and 106 dB signal-to-noise ratio.

Support for Yamaha's MusicCast wireless multiroom audio solution is integrated as well. With MusicCast, users can stream music through a simple Android or iOS app, and easily link to other MusicCast products like speakers, AV receivers, and Hi-Fi gear in other rooms to share music throughout the home. Likewise, MusicCast offers streaming support for services like Spotify, Pandora, SiriusXM Internet Radio, SiriusXM Music for Business, TIDAL, Deezer, and Napster. In addition, the platform includes high-resolution playback at up to 192kHz/24-bit.

The Yamaha XDA-QS5400RK MusicCast Multi-Room Streaming Amplifier is set to launch in November for an MSRP of $2,699.95.