The company's latest flagship smartphone has been revealed.

LG has officially announced its newest mobile device. The G4 is the successor to the previously released G3, and offers many new features and performance improvements.

"We are living up to our promise of Innovation for a Better Life with a fashionable, premium smartphone that is more focused on delivering a balanced user experience that can compete with the best of the best," said Juno Cho, president and CEO of the LG Electronics Mobile Communications Company. "We wanted to give consumers a truly human-centric device that combined the analog sensibilities with technologies that delivered real world performance. From the design to the camera to the display to the UX, this is the most ambitious phone we've ever created."

The G4 features a 5.5-inch IPS Quantum display with a resolution of 2560 x 1440 and 538ppi. The quantum tech allows for 20 percent greater color reproduction, 25 percent improvement in brightness and 50 percent greater contrast. Under the hood, the phone is powered by a Qualcomm Snapdragon 808 Processor with X10 LTE, 3GB of RAM, 32GB of storage, and a 3,000mAh battery all running Android 5.1. A 16MP rear camera with F1.8 aperture and an 8MP front camera are included as well. Finally, genuine leather and ceramic rear cover options are available and the phone uses a Slim Arc design with a subtle curve and the new human-centric UX 4.0. 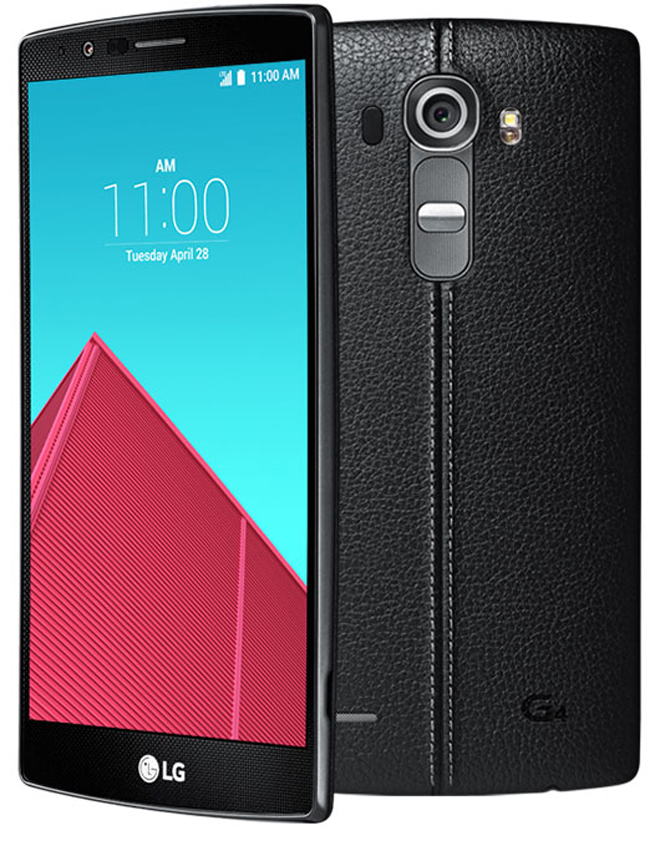 The LG G4 will start to roll-out globally on April 29. Pricing will be announced in local markets soon.