"LG's first 8K OLED TV is the pinnacle of technological achievement and the next evolutionary step in display technology," said Brian Kwon, president of LG Home Entertainment Company. "4K OLED played a major role in reshaping TV industry and LG is confident that 8K OLED will do the same."

The 88-inch 8K OLED features a resolution of 7680 x 4320 with over 33 million self-emitting pixels, enabling the display to produce superior contrast with true black levels and wide viewing angles. Unfortunately, beyond that, the company has not released any other details about the set. The new 8K OLED is now on display at LG's booth at IFA 2018 in Berlin from August 30 to September 5. 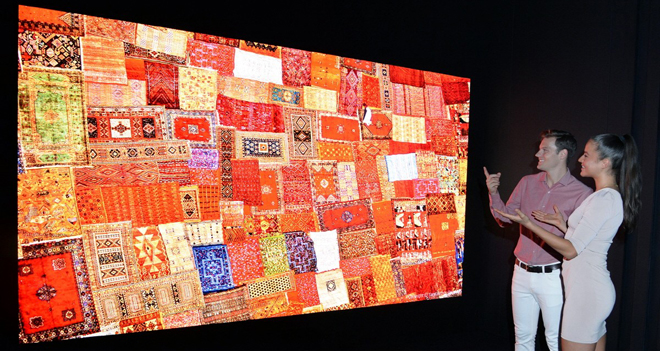 Meanwhile, the company is also showing off a new 173-inch MicroLED display. Like Samsung's previously announced 146-inch Wall TV, LG's massive display uses an array of microscopic LEDs that form individual pixels. Likewise, the tech allows users to customize the display's screen size through a modular design. Like the 8K OLED, however, additional details are scarce and it's not yet clear whether the MicroLED display is being planned for release or if it's just a prototype.