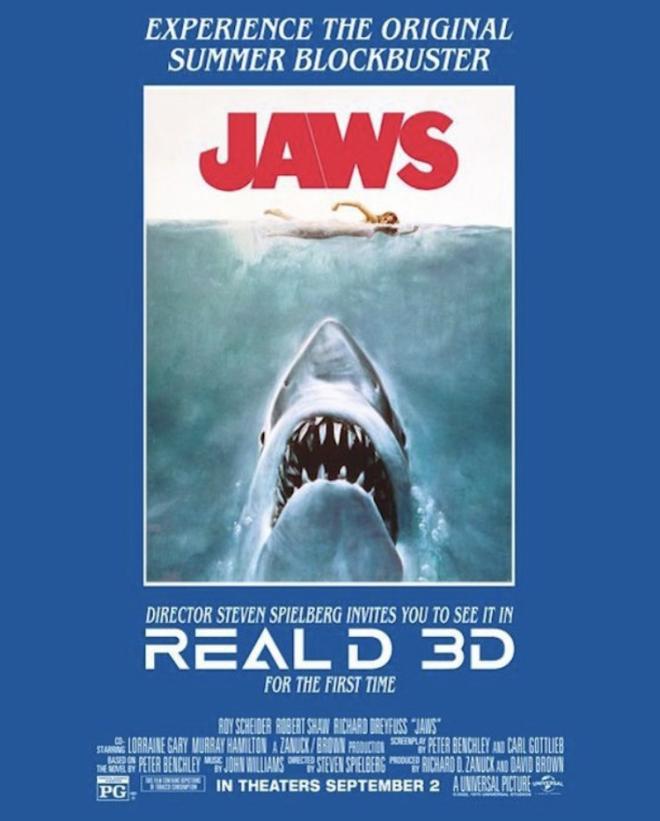 Steven Spielberg’s iconic summer movie Jaws returns to theaters now in three dimensions! This classic deserves to be seen in the theaters and for those weighing checking it out in IMAX or in Real 3D - the 3D experience was surprisingly effective adding depth and dimension to virtually the entire film. You may not need 3D to enjoy Jaws, but it’s certainly an exciting new way to experience this summer cinema classic.

As Chief Brody (Roy Scheider) and his family settle into their new hometown of Amity for their first summer, a terror lurks off the shores of the small island community. The first death was ruled a boating accident. The second is a small boy who was attacked in front of a beach full of swimmers and sunbathers. With every fisherman trying to hunt the maneater out of the water, Brody along with shark expert Matt Hooper (Richard Dreyfuss) and local sharker Quint (Robert Shaw) will set out to destroy the monster that has staked a claim to the waters of Amity Island.

Jaws, above most others, is one of my absolute favorite films. I watch it at a minimum once a year. Ever since I was a kid I was fascinated by this movie devouring every viewing with repeat turns to the silly sequels. One of my favorite books is The Jaws Log from screenwriter Carl Gottlieb detailing the chaotic shoot because it gives me an even greater appreciation of the film. The fact this film turned out as good as it did is a testament to Gottlieb’s writing, Bill Butler’s beautiful cinematography, Verna Fields’ intense editing, John William’s indelible score, and the then untested Steven Spielberg’s uncanny cinematic eye. For a shoot where everything went so wrong, everything about this film works perfectly. 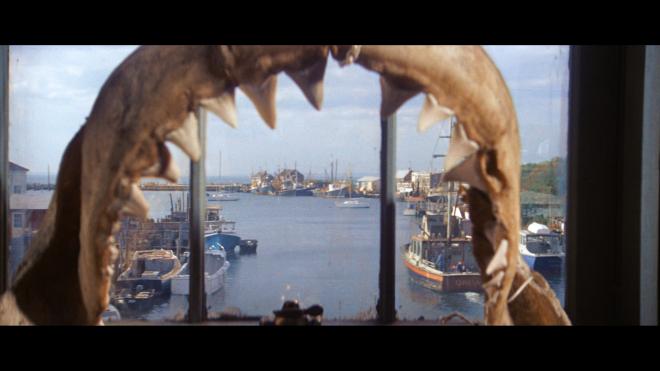 As someone who has seen this film countless times on home video and at least half a dozen times in theaters, there are few surprises anymore. While I still jump at certain scenes, I know they’re coming. So when it was announced that Jaws was coming back to theaters I was faced with the dilemma of checking it out at IMAX or converted for Real 3D. Being a 3D junkie I was intrigued at the idea but was concerned about how well a nearly 50-year-old film that wasn’t shot with 3D in mind let alone Bill Butler’s photography would play out converted for three-dimensional viewing. So I bought my ticket with some trepidation but was almost immediately put at ease. 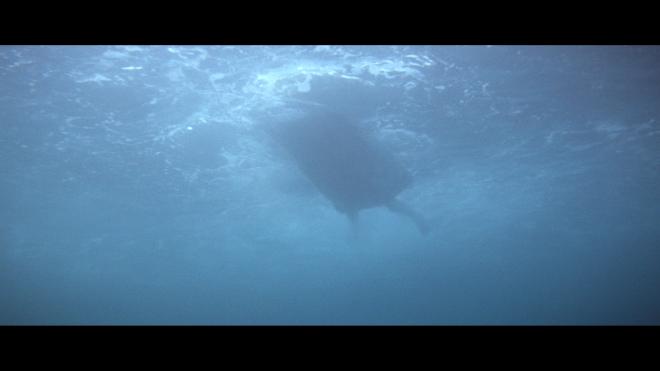 Flat out - this is one of the best 3D conversions of a classic film. I thought Spielberg’s Jurassic Park 3D was decent enough but didn’t exactly blow my hair back. James Cameron’s 3D conversion of Titanic was certainly impressive but I haven't gone back to it since I bought the disc. "Fun but not necessary" has been a way to describe a lot of conversions of classics to 3D. While Jaws certainly didn’t need to be converted to 3D, it’s an overwhelming success. From the opening credits to the terrifying beach sequences to the final hunt on the Orca, an impressive amount of care was put into this conversion. And sure, there are a few sequences that don’t quite pop - namely the Brody clan at home at the beginning and a smattering of scenes elsewhere - but there are some genuinely surprising and even a few viscerally arresting 3D shots. There may not be many "pop-out" effects, but the sense of deep depth was really something to see. 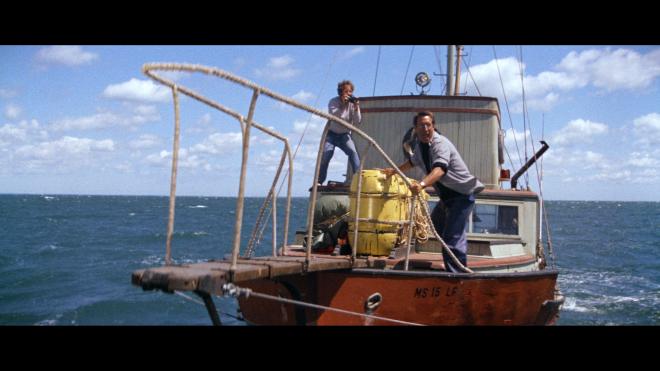 I was most impressed with the underwater sequences with the shark swimming up towards its latest prey. Even in the darkness of the opening attack on Chrissie Watkins' feet felt like they were coming out of the screen ever so slightly as the water’s surface gave the image the perfect depth reference. Similarly, when Alex Kintner is eaten on his raft, the shark carefully swims around the kicking feet until it sees a target more fitting to its appetite. But the Dolly Zoom of Roy Scheider’s face is a true showstopper for the entire film. But throughout the film, there are great 3D moments to enjoy, and the film's feeling for natural depth really opens up in the last hour as Brody, Quint, and Hooper hunt the shark. 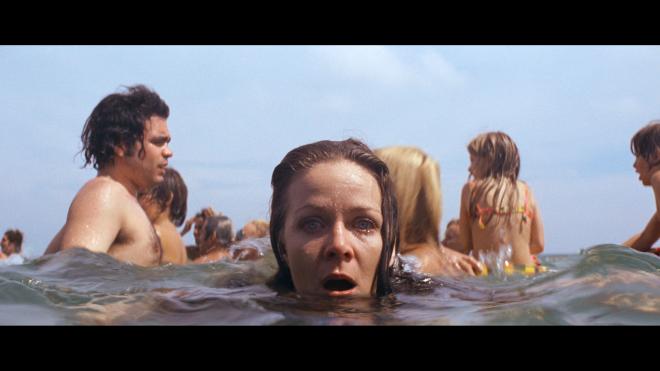 While not every scene and shot completely works in 3D - the town meeting after Alex is killed is rather dicey because of how busy the staging is - but overall this was a pretty wild and exciting experience. Part of the fun of seeing this movie that I’m so familiar with in 3D was it let me just focus on the visual experience. I didn’t need to give 100% of my attention to the film's plot so I was struck by a number of little things I’d never noticed. When Hooper is dissecting the shark, I found it humorous that for some reason he’s still wearing his dinner tie. When Quint notices the fishing line clicking in the reel he carefully pockets a half-eaten cracker. Did he ever get to finish that cracker? Or did the shark get the last bite? I’ve seen this movie well over a hundred times in my 40 years on this planet and I love that I still find new little details like that to soak up and appreciate. I may not have needed this movie in 3D to spot these moments but the experience of sitting in a darkened theater certainly helped. Thankfully my local theater does a great job keeping their projectors in working order. It was plenty bright so any dimming of the glasses didn’t adversely affect the viewing experience. Taking the glasses off to check the 3D conversion effort I was impressed to see there was very little dead space that wasn’t converted in some way. There's always that object or person to anchor the sense of depth, but even in a scene like when the kids are practicing their parade, that anchor point would move along so there was always a great sense of three-dimensional depth. 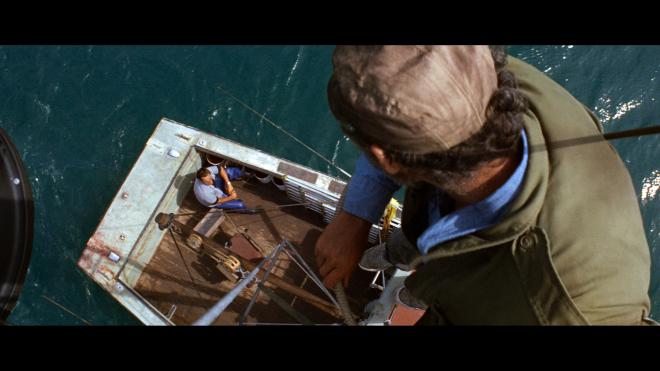 And with that, I hope this theatrical outing isn’t the one and only place we’ll get to enjoy this 3D conversion. As 3D faded here in the states without any new television sets supporting the format and only a smattering of projectors adequately up to the task, new Blu-ray 3D discs have become a bit of a rarity. Kino Lorber with 3-D Film Archive has done an amazing job restoring and bringing natively shot 3D films to disc. Warner Bros still quietly drops a 3D disc here and there as they did with Dune and Godzilla vs Kong. But for big Marvel properties, fans of the format have had to turn to the import market. The UK used to be pretty reliable but lately, Japan and Australia are the lengths fans have to go to get the films they want in the format they want to see them. I hope that’s not the case here. I dearly hope Universal plans on delivering this 3D conversion to disc locally - but if I have to import it, I’ll gladly hop a boat and set sail to get it! If you enjoy 3D and can make it to the theater, check out Jaws in 3D while you can. With that - I’m now off to IMAX because one good turn deserves another.

Order your tickets to Jaws in 3D or IMAX at Fandango!