The 6.1 channel DSX-3 is a slim receiver model that measures just three inches in height and weighs only 8.8lbs. The device offers 80 watts per channel at 4 ohms, and uses a 384 kHz/32-bit Asahi Kasei DAC. In addition, the unit supports Dolby Atmos and DTS:X (via a firmware update), along with several wireless connectivity options like FireConnect, AirPlay, Wi-Fi, and Bluetooth, and online subscription services like TIDAL, Pandora, Spotify and TuneIn. Four 4K 60Hz HDMI terminals with HDR, 4:4:4, BT.2020 and HDCP 2.2 compliancy are included as well. 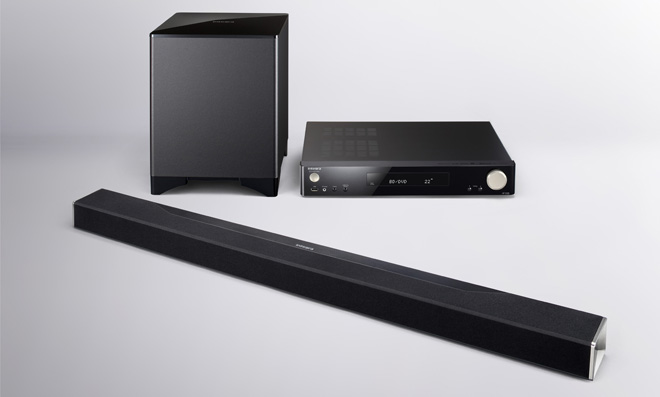