The premium cable network isn't done with the Seven Kingdoms just yet.

HBO has ordered a pilot episode for its first Game of Thrones spinoff series. The potential show comes from George R.R. Martin and Jane Goldman and is set to be a prequel. Here's an official synopsis per HBO and EW: 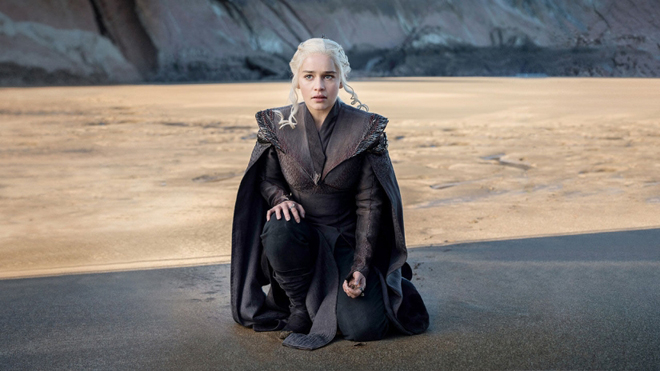 George R. R. Martin, the author behind the Song of Ice and Fire book series, co-wrote the story for the pilot with Jane Goldman (Kingsman, X-Men: First Class). Goldman also handled the teleplay and is set to act as the showrunner for the still untitled pilot. The prequel script is the first Game of Thrones spinoff project to receive a pilot order so far. Four other potential spinoffs are also in development from different creative teams and are all reportedly still under consideration as well.

It's not yet clear when the new show would premiere if the pilot does end up being picked up as a series, but HBO has previously stated that no spinoffs will air until after Game of Thrones ends its run with its eighth and final season next year. Current Game of Thrones showrunners David Benioff and Dan Weiss are expected to receive producer credits but will not be directly involved with the new show. Instead, the pair are moving on from Westeros to a galaxy far, far away to develop a new series of Star Wars movies.