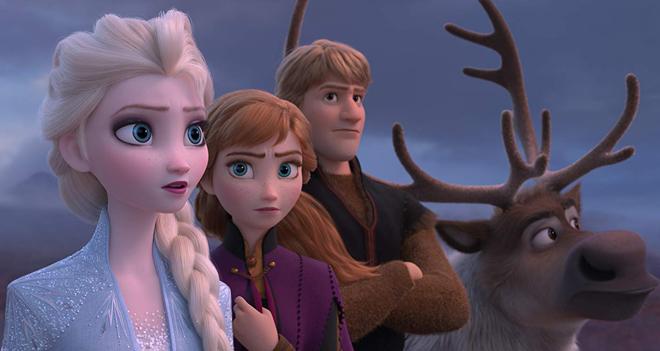 Elsa, Anna, and Olaf will return to theaters in November.

Following an initial teaser, Disney has released the first full trailer for Frozen 2, revealing new details about the plot. The upcoming animated film is set to premiere in theaters on November 22, 2019

Why was Elsa born with magical powers? The answer is calling her and threatening her kingdom. Together with Anna, Kristoff, Olaf and Sven, she'll set out on a dangerous but remarkable journey. In Frozen, Elsa feared her powers were too much for the world. In Frozen 2, she must hope they are enough. From the Academy Award®-winning team—directors Jennifer Lee and Chris Buck, producer Peter Del Vecho and songwriters Kristen Anderson-Lopez and Robert Lopez—and featuring the voices of Idina Menzel, Kristen Bell, Jonathan Groff and Josh Gad,

In addition to the returning cast, Frozen 2 also stars the vocal talents of Evan Rachel Wood and Sterling K. Brown. The movie serves as a sequel to the studio's 2013 hit, Frozen. Here's a synopsis of the first film per Disney:

Fearless optimist Anna sets off on an epic journey, teaming up with rugged mountain man Kristoff and his loyal reindeer Sven, to find her sister Elsa, whose icy powers have trapped the kingdom of Arendelle in eternal winter. Encountering Everest-like conditions, mystical trolls and a hilarious snowman named Olaf, Anna, and Kristoff battle the elements in a race to save the kingdom.

Beyond Frozen 2, Disney's upcoming film lineup includes several live-action and CG adaptations of its classic animated movies, including re-imaginings of The Lion King from director Jon Favreau and Mulan from director Niki Caro.