Amazon now has 4K Ultra HD Blu-ray pre-order listings for Disney's Moana, Tangled, Zootopia, Big Hero 6, and The Princess and the Frog. All five title are currently scheduled for release on November 5.

Moana - In Ancient Polynesia, when a terrible curse incurred by the Demigod Maui reaches Moana's island, she answers the Ocean's call to seek out the Demigod to set things right. 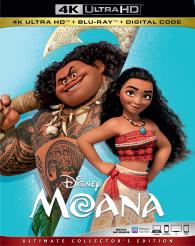 Zootopia - In a city of anthropomorphic animals, a rookie bunny cop and a cynical con artist fox must work together to uncover a conspiracy. 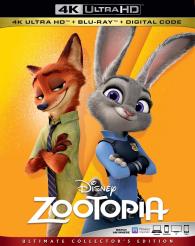 Big Hero 6 - The special bond that develops between plus-sized inflatable robot Baymax, and prodigy Hiro Hamada, who team up with a group of friends to form a band of high-tech heroes. 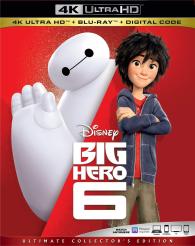 Tangled - The magically long-haired Rapunzel has spent her entire life in a tower, but now that a runaway thief has stumbled upon her, she is about to discover the world for the first time, and who she really is. 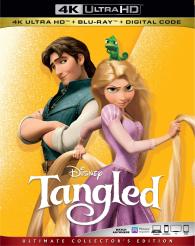 The Princess and the Frog - A waitress, desperate to fulfill her dreams as a restaurant owner, is set on a journey to turn a frog prince back into a human being, but she has to face the same problem after she kisses him. 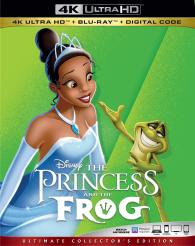 Though full specs have not been confirmed yet, the box art posted on Amazon indicates that all of the Ultra HD discs will feature 4K HDR10 video and Dolby Atmos audio. Likewise, the packaging shows that each title will include a standard Blu-ray copy with each film in HD, along with previously released supplements.

You can find the latest specs for all of the titles listed above linked from our 4K Release Schedule, where they are indexed under November 5.