The animated family film is getting a 4K upgrade this November.

In early announcement to retailers, Disney is set to release Wreck-It Ralph on 4K Ultra HD Blu-ray on November 6. A SteelBook will also be available on the same date.

For decades, Ralph has played the bad guy in his popular video game. In a bold move, he embarks on an action-packed adventure and sets out to prove to everyone that he is a true hero with a big heart. As he explores exciting new worlds, he teams up with some unlikely new friends including feisty misfit Vanellope von Schweetz. Then, when an evil army threatens their world, Ralph realizes he holds the fate of the entire arcade in his massive hands.

You can find the latest specs for Wreck-It Ralph - 4K Ultra HD Blu-ray linked from our 4K Blu-ray Release Schedule, where it is indexed under November 6. 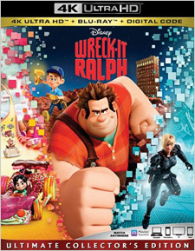 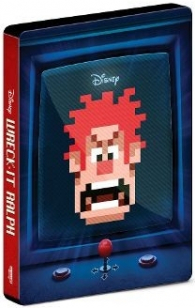