Three more Marvel Cinematic Universe titles will be getting the 4K treatment this October.

According to Amazon pre-order listings, Disney is working on Ant-Man, Doctor Strange, and Guardians of the Galaxy for 4K Ultra HD Blu-ray on October 1.

The evolution of the Marvel Cinematic Universe introduces the smallest member of the Avengers: MARVEL STUDIOS' Ant-Man -- in stunning 4K Ultra HD! Armed with the amazing ability to shrink in scale but increase in strength, master thief Scott Lang joins forces with his new mentor Dr. Hank Pym to protect the secret behind his spectacular Ant-Man suit from ruthless villains! With humanity's fate in the balance, Pym and Lang must plan and pull off a daring heist against insurmountable odds. Filled with humor, awesome special effects and thrilling bonus features, this action-packed adventure takes you to new levels of pulse-pounding excitement!

From Marvel Studios comes the story of world-famous neurosurgeon Dr. Stephen Strange (Benedict Cumberbatch), whose life changes forever after a horrific car accident renders his hands useless. When traditional medicine fails him, he travels to remote Kamar-Taj in search of a cure, but instead discovers the mystical arts and becomes a powerful sorcerer battling dark forces bent on destroying our reality. Doctor Strange -- now in stunning 4K Ultra HD!

Guardians of the Galaxy - From Marvel Studios, the studio that brought you IRON MAN, THOR, CAPTAIN AMERICA and THE AVENGERS, comes an unlikely new team -- the Guardians of the Galaxy -- in stunning 4K Ultra HD! The Marvel Cinematic Universe expands into the cosmos when brash space adventurer Peter Quill steals a mysterious, all-powerful orb. Chased by relentless enemies, he forges an uneasy alliance with a ragtag band of misfits, leading to a desperate battle that will decide the fate of the galaxy. 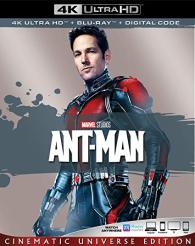 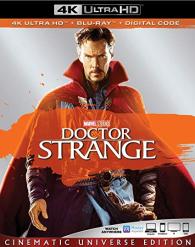 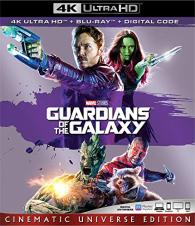