Following an initial report by Bloomberg, Movies Anywhere has now officially launched. The new platform allows users to buy, redeem, and store digital movies from various studios and then sync their library across multiple devices and digital retailers.

"Movies Anywhere is a massive step forward for the consumer digital media experience, bringing the incredible film libraries of five studios together in a virtual one-stop movie-watching shop," said Karin Gilford, General Manager, Movies Anywhere, who leads an independent, dedicated cross-functional team of product, technology, marketing and other professionals. "Movies Anywhere means that consumers never have to remember where they purchased a film or which device they can watch it on, because all of their eligible movies will be centralized within their Movies Anywhere library and available across platforms through the Movies Anywhere app and website and also available at their connected digital retailers. And as Movies Anywhere continues to add more studios, retailers and platforms, the entertainment possibilities are endless."

With the Movies Anywhere app and website customers can now redeem digital copies, purchase digital titles, and watch their movies across multiple devices with the ability to link to their existing VUDU, Amazon Video, iTunes, and Google Play accounts, allowing users to access and expand their library through multiple services. The Movies Anywhere platform includes support for a growing collection of over 7,300 digital titles from Disney, 20th Century Fox, Warner Bros., Universal, and Sony (Paramount and Lionsgate have not yet signed on). 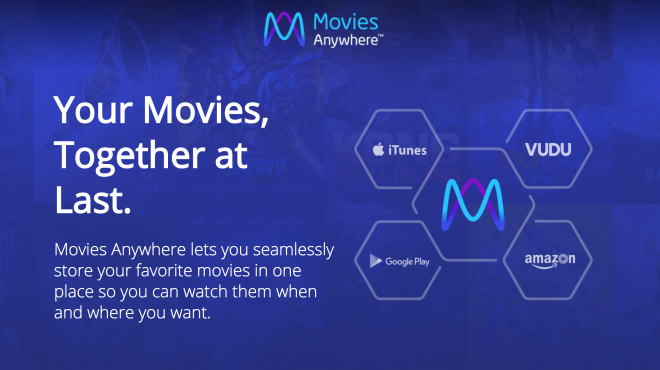 It should be noted, however, that users are required to agree to share Video Data analytics and other info related to their accounts and movie libraries with the retailers, studios, and participating service providers in order to sign up. In addition, as of press times, there is currently an issue preventing the service from linking to VUDU accounts, but this is expected to be fixed by 10AM PT. 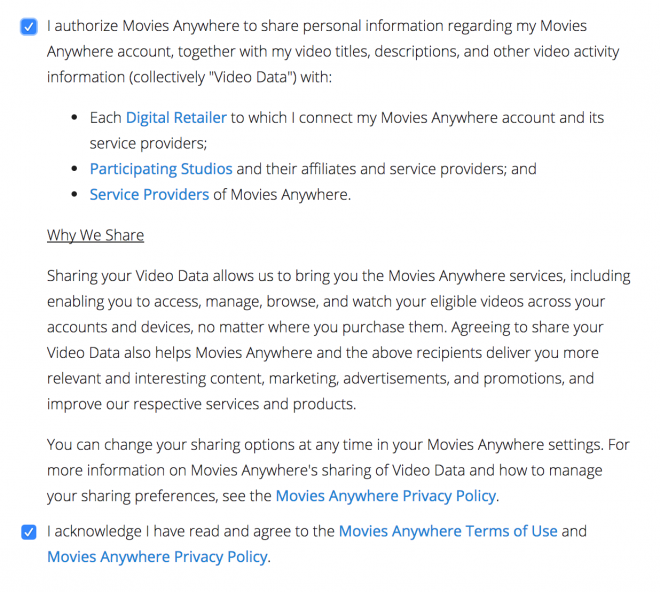 As we've covered in the past, there have been some notable kinks when it comes to redeeming digital titles with the previous systems in place, especially when it comes to new 4K releases, so hopefully this new joint venture from the studios will end up offering a simpler and more cohesive platform for users. We'll have more detailed impressions of Movies Anywhere soon, so stay tuned to High-Def Digest for more updates!