Blu-ray News Roundup: 'Blindspot,' 'Joe Versus the Volcano,' and More

New titles from Warner Bros., Twilight Time, and more are among the latest Blu-ray announcements.

First up, Mill Creek Entertainment is set to release Bobcat Goldthwait's Shakes the Clown starring Bobcat Goldthwait, Julie Brown, and Blake Clark on July 11. No supplements have been announced at this time. 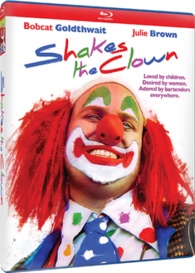 Meanwhile, Warner Bros. will bring Blindspot: The Complete Second Season to Blu-ray on August 8. The disc will feature: 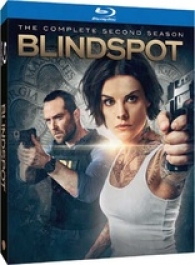 Well Go USA is prepping Lee Soo-youn's Korean thriller Bluebeard starring Cho Jin-woong, Kim Dae-myung, and Lee Chung-ah for Blu-ray on August 15. No other details have been announced so far. 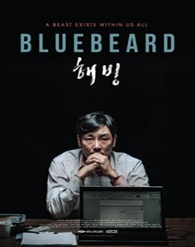 HBO has announced plans to release Judd Apatow's Crashing starring Pete Holmes on August 1. The disc will include:

-Guest Star Fan Club – Pete Holmes talks about his experience working with comedians Artie Lange, T.J. Miller, Hannibal Buress, and Sarah Silverman, all of whom guest starred in Season 1 of Crashing.
-Comedy Extras – Enjoy the comedy stylings of T.J. Miller, Aparna Nancherla, and Pete Holmes as they perform their hysterical scenes from Season 1.
-About Crashing - Get the hilarious lowdown on Crashing with star Pete Holmes and executive producer Judd Apatow.
-The Art of Crashing - Hear what it takes to make it in the comedy business from Pete Holmes and his comic cohorts in this behind-the-scenes featurette.

Warner Archive has detailed its upcoming slate of summer Blu-ray releases. The lineup will include...

Sam Peckinpah's The Ballad of Cable Hogue starring Jason Robards, Stella Stevens, and David Warner on June 6. Supplements will include:

John Patrick Shanley's Joe Versus the Volcano starring Tom Hanks, Meg Ryan, and Lloyd Bridges on June 20. Supplements will include:

Meanwhile, Twilight Time has revealed its slate of August 15 Blu-ray releases. The lineup will feature...

No other details have been announced yet, but each disc will be limited to 3,000 units.

Finally, Kino will release La Habanera, Rolling Vengeance, and The Wrong Guy on Blu-ray later this year. No other details have been announced at this time.