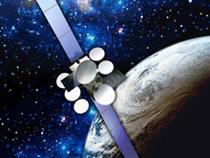 The cost of DirecTV will be increasing a bit for subscribers in February, according to a letter sent out by the satellite television provider. They’ll also be dropping XM Radio in favor of SonicTap.

It’s been a mixed week for DirecTV subscribers. A new satellite was launched to shore up their coverage, and the speculation is that DirecTV may be one of the first providers to add a dedicated 3D channel. On the down side, launching a satellite isn’t cheap.

The price increase won’t be enormous for most subscribers. Most plans are only increasing in cost by around $3 monthly. The highest rate change is for the DirecTV Premiere, which goes up by $5.99 monthly or about $72 for the year.

DVR fees will also increase, though it’s a much smaller difference. Rather than the currently established $5.99 monthly fee, DVRs will run $7 a month when the change hits on February 9th.

DirecTV was quick to mention that that new satellite they launched earlier this week will boost the services HD capacity by over fifty percent, enabling a total of 200 high definition channels. The newest addition to their orbital fleet will also expand DirecTV’s on demand and DirecTV Cinema services.