Films from John Waters, Michael Moore, Ingmar Bergman, and more are all on the way from Criterion.

In an early announcement to retailers, Criterion is preparing Manila in the Claws of Light, Bowling for Columbine, El Sur, Female Trouble, and The Virgin Spring for Blu-ray throughout the month of June.

Manila in the Claws of Light (June 12) - Lino Brocka broke through to international acclaim with this candid portrait of 1970s Manila, the second film in the director’s turn to more serious-minded filmmaking after building a career on mainstream films he described as “soaps.” A young fisherman from a provincial village arrives in the capital on a quest to track down his girlfriend, who was lured there with the promise of work and hasn’t been heard from since. In the meantime, he takes a low-wage job at a construction site and witnesses life on the streets, where death strikes without warning, corruption and exploitation are commonplace, and protests hint at escalating civil unrest. Mixing visceral, documentary-like realism with the narrative focus of Hollywood noir and melodrama, Manila in the Claws of Light is a howl of anguish from one of the most celebrated figures in Philippine cinema.

- New 4K digital restoration by the Film Development Council of the Philippines and Cineteca di Bologna/L’Immagine Ritrovata, in association with The Film Foundation’s World Cinema Project, LVN, Cinema Artists Philippines, and cinematographer Mike De Leon, with uncompressed monaural soundtrack on the Blu-ray
- Introduction by filmmaker Martin Scorsese
- Signed: Lino Brocka, a 1987 documentary about the director by Christian Blackwood
- “Manila” . . . A Filipino Film, a 1975 documentary about the making of the film, featuring Brocka and actors Hilda Koronel and Rafael Roco Jr.
- New piece with critic, filmmaker, and festival programmer Tony Rayns
- New English subtitle translation
- PLUS: An essay by film scholar José B. Capino 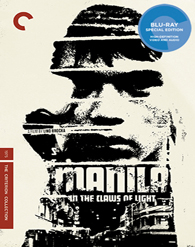 Bowling for Columbine (June 19) - In the wake of the Columbine High School massacre in 1999, the intrepid documentarian Michael Moore set out to investigate the long, often volatile love affair between Americans and their firearms, uncovering the pervasive culture of fear that keeps the nation locked and loaded. Equipped with a camera and a microphone, Moore follows the trail of bullets from Littleton, Colorado, and Flint, Michigan, all the way to Kmart’s Michigan headquarters and NRApresident Charlton Heston’s Beverly Hills mansion, meeting shooting survivors, militia members, mild-mannered Canadians, and musician Marilyn Manson along the way. An unprecedented popular success that helped usher in a new era in documentary filmmaking, the Oscar-winning Bowling for Columbine is a raucous, impassioned, and still tragically relevant journey through the American psyche. 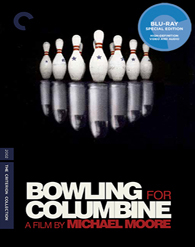 El Sur (June 19) - Ten years after making his mark on Spanish cinema with The Spirit of the Beehive, Víctor Erice returned to filmmaking with this adaptation of a novella by Adelaida García Morales, which deepens the director’s fascination with childhood, fantasy, and the legacy of his country’s civil war. In the North of Spain, Estrella grows up captivated by her father, a doctor with mystical powers—and by the enigma of his youth in the South, a near-mythical region whose secrets seem to haunt him more and more as time goes on. Though Erice’s original vision also encompassed a long section set in the South itself, which was never made, El Sur remains an experience of rare perfection and satisfaction, drawing on painterly cinematography by José Luis Alcaine to evoke the enchantments of memory and the inaccessible, inescapable mysteries of the past.

- New 2K digital restoration, with uncompressed monaural soundtrack on the Blu-ray
- Interview from 2003 with director Víctor Erice
- New piece on the making of the film, featuring interviews from 2012 with actors Omero Antonutti, Sonsoles Aranguren, and Icíar Bollaín; cinematographer José Luis Alcaine; and camera operator Alfredo Mayo
- Episode of ¡Qué grande es el cine! from 1996, featuring film critics Miguel Marías, Miguel Rubio, and Juan Cobos discussing El Sur
- New English subtitle translation
- PLUS: An essay by novelist and critic Elvira Lindo, and a new edition of the 1985 novella by Adelaida García Morales on which the film is based 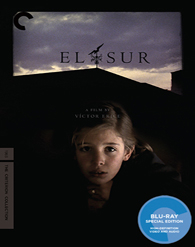 Female Trouble (June 26) - Glamour has never been more grotesque than in Female Trouble, which injects the Hollywood melodrama with anarchic decadence. Divine, director John Waters’ larger-than-life muse, engulfs the screen with charisma as Dawn Davenport—who progresses from a teenage nightmare hell-bent on getting cha-cha heels for Christmas to a fame monster whose egomaniacal impulses land her in the electric chair—in the ultimate expression of the film’s lurid mantra, “Crime is beauty.” Shot in Baltimore on 16 mm, with a cast drawn from Waters’ beloved troupe of regulars, the Dreamlanders (including Mink Stole, David Lochary, Mary Vivian Pearce, Edith Massey, and Cookie Mueller), this film, the director’s favorite of his work with Divine, comes to life through the tinsel-toned vision of production designer Vincent Peranio and costume designer/makeup artist Van Smith. An endlessly quotable fan favorite, Female Trouble offers up perverse pleasures that never fail to satisfy. 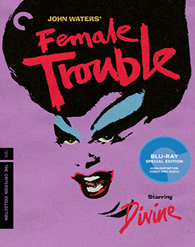 The Virgin Spring (June 26) - Winner of the Academy Award for best foreign-language film, Ingmar Bergman’s The Virgin Spring is a harrowing tale of faith, revenge, and savagery in medieval Sweden. With austere simplicity, the director tells the story of the rape and murder of the virgin Karin, and her father Töre’s ruthless pursuit of vengeance, set in motion after the killers visit the family’s farmhouse. Starring frequent Bergman collaborator and screen icon Max von Sydow, the film is both beautiful and cruel in its depiction of a world teetering between paganism and Christianity.

- New 2K digital restoration, with uncompressed monaural soundtrack on the Blu-ray
- Audio commentary from 2005 by Ingmar Bergman scholar Birgitta Steene
- New video interviews from 2005 with actors Gunnel Lindblom and Birgitta Pettersson
- Introduction by filmmaker Ang Lee from 2005
- An audio recording of a 1975 American Film Institute seminar by director Ingmar Bergman
- Alternate English-dubbed soundtrack
- PLUS: A booklet featuring essays by film scholar Peter Cowie and screenwriter Ulla Isaksson and the medieval ballad on which the film is based 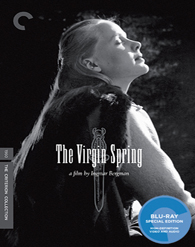 You can find the latest specs for all of the titles listed above linked from our Blu-ray Release Schedule, where they're indexed throughout June.