The animated action series is heading to Blu-ray in May.

In an early announcement to retailers, Cinedigm is preparing 'RWBY: Volume 3' for Blu-ray on May 3.

RWBY tracks the adventures of four young women Ruby, Weiss, Blake, and Yang as they train to be monster-battling warriors (or Huntresses ) at a college named Beacon Academy.  The future-fantasy world of Remnant is filled with ravenous monsters, treacherous terrain, and more villains than you can shake a sniper-scythe at. Fortunately, these four are there to battle the forces.

You can find the latest specs for 'RWBY: Volume 3' linked from our Blu-ray Release Schedule, where it's indexed under May 3. 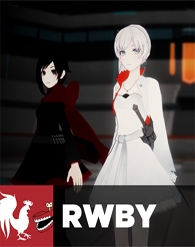 Discs mentioned in this article: (Click for specs and reviews)
RWBY: Volume 3 (Blu-ray)