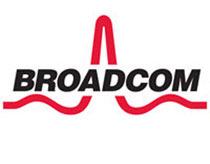 Broadcom chips are used in a great number of DVRs on the market, and while DVRs may vary, the chip is at the very core of the functionality. If the chip can’t do it, the DVR can’t do it. So, while it may be a bit preemptive, we’re still fairly excited about Broadcom’s new BCM7125 SoC.

The BCM7125 offers the expected, such as tru2way and cablecard compatibility, but it also offers a lot of things that we’ve been hoping to see in a set-top box for a long time such as Flash and a 3D graphics engine. Two things in particular, though, stand out among the rest.

While DLNA support isn’t new in a set-top box, it certainly isn’t common enough. Having network media streaming functionality built into a DVR could save not only a little money, but some extra hassle as well.

The second thing to get us all excited is of course, MoCA, which allows media to be streamed through coaxial connections at breakneck speeds.

Just because the BCM7125 can handle all of this doesn’t mean that every DVR using the chip will take advantage of it, but we can sure hope.