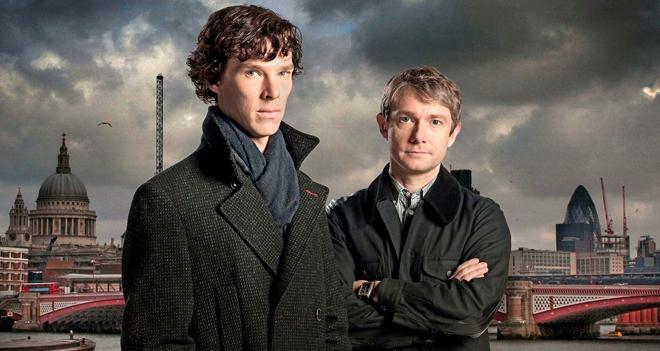 The first season of the critically-acclaimed series starring Benedict Cumberbatch and Martin Freeman will be getting a 4K release in November.

In an early announcement to retailers, BBC is working on 'Sherlock: Season One' for 4K Ultra HD Blu-ray on November 6.

A contemporary take on the classic Arthur Conan Doyle stories, Sherlock is a thrilling, funny, fast-paced adventure series set in present-day London. Co-created by Steven Moffat (Doctor Who, Coupling) and Mark Gatiss, Sherlock stars BAFTA-nominee Benedict Cumberbatch (Hawking, Amazing Grace) as the new Sherlock Holmes and Martin Freeman (The Office, Love Actually), as his loyal friend, Doctor John Watson. Rupert Graves plays Inspector Lestrade. The iconic details from Conan Doyle's original books remain--they live at the same address, have the same names and, somewhere out there, Moriarty is waiting for them. And so across three thrilling, scary, action-packed and highly modern-day adventures, Sherlock and John navigate a maze of cryptic clues and lethal killers to get at the truth. 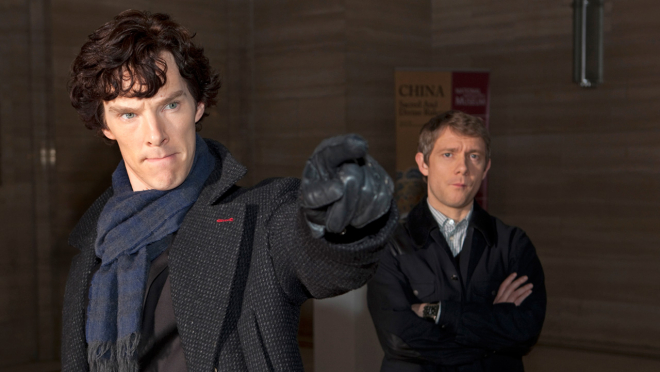 You can find the latest specs for Sherlock: Season One - 4K Ultra HD Blu-ray linked from our 4K Blu-ray Release Schedule, where it is indexed under November 6. 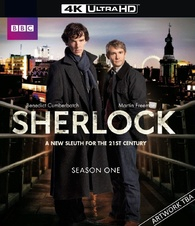