For this edition, we're covering a new ASUS premium monitor, live OTA streaming support for Plex, the arrival of DirecTV NOW on Roku devices, and the addition of Tidal to the KEF LS50W app.

The monitor uses a 35-inch curved panel with an ultra-wide 21:9 aspect ratio, a UQWHD resolution of 3440x1440, and local dimming with 512 individual LED zones. In addition, the display includes HDR10 capabilities with a maximum brightness of 1,000 nits. Likewise, the screen uses quantum dot technology to support the wide DCI-P3 color space. Finally, a whopping 200Hz refresh rate is supported as well, along with NVIDIA’s G-Sync technology. 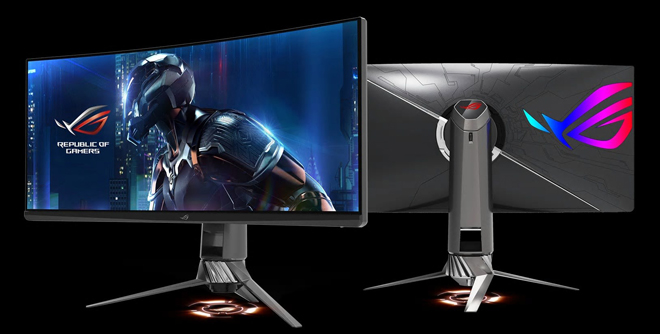 Pricing and a release date for the ROG Swift PG35VQ have not been announced yet. The monitor now joins the previously announced ROG Swift PG27UQ gaming monitor which features a 27-inch flat-screen panel with a 4K resolution, quantum dots, wide color gamut support, HDR10, and a 144Hz refresh rate.

Building upon the addition of DVR support back in September, Plex has announced the launch of live OTA TV streaming capabilities. The feature is built directly into the Media Server, allowing users to watch live TV content anywhere in the world.

With Plex Live TV and DVR, users can now watch and record high definition, over-the-air TV broadcasts from a supported digital tuner and antenna through Plex's intuitive and customizable program guide. The feature supports channels in more than 70 countries, including shows from all major US networks like ABC, NBC, CBS, FOX, and CW, as well as local programming, news, and sports (encrypted channels currently not supported). Live TV streaming through Plex is now available through the company's Android TV and iOS apps, with support for more platforms to be added soon. Supported TV tuners include HDHomeRun tuners, and models from Hauppauge, AVerMedia, DVBLogic and more (complete list here). And several of these USB tuners can even work directly with the NVIDIA SHIELD, offering an all-in-one Media Server solution. 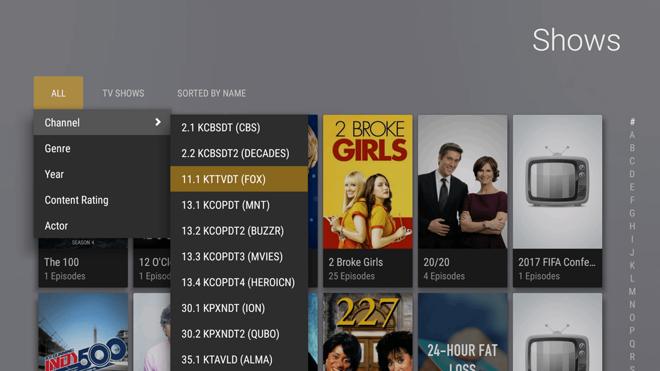 In addition to live TV streaming, Plex has also announced several updates for its DVR feature, including new In-app DVR Management allowing users to browse the program guide, manage recordings, and more directly from the Android TV and iOS apps (with more to follow). Likewise, the core DVR engine has also been upgraded, making the scheduler even smarter with support for handling overlapping recordings on the same channel as well as the ability to watch live and record at the same time.

Plex Live TV and DVR features are now available for Plex Pass users. The Plex Pass service starts at $5 per month or $40 per year, and customers can also sign up for a lifetime membership for $120.

DirecTV Now is a stand-alone streaming platform that provides access to a variety of live channels and on-demand content, including more than 20,000 on-demand shows and movies on over 120 live channels like ABC, AMC, BBC America, Bravo, Comedy Central, Discovery, Fox, Fox News Channel, FX, Hallmark Channel, HGTV, MSNBC, NBC, TBS, TNT and many others through several programming packages starting at $35 per month. 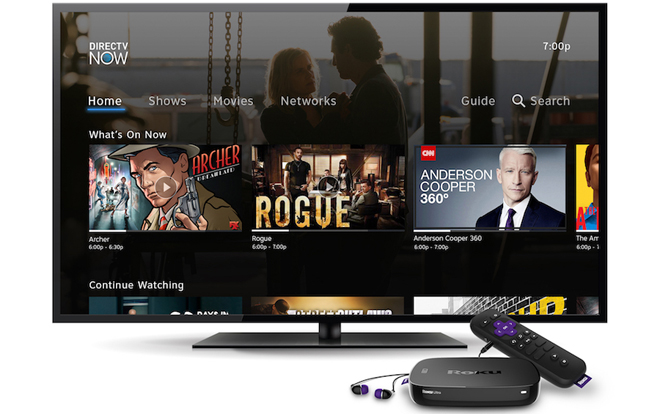 Here's a rundown of current plans and pricing:

KEF has announced a new partnership with Tidal. As part of the deal, KEF will now integrate the music streaming service into its KEF LS50W Powered Music System app.

After updating the app, users will be able to find the Tidal service directly through the navigation drawer of the KEF LS50W app.