The company's latest iPads have been detailed.

Apple has announced the newest additions to its iPad lineup. The new models include the iPad Pro 10.5-inch and iPad Pro 12.9-inch.

"These are by far the most powerful iPads we've ever created with the world’s most advanced displays featuring ProMotion, the powerful new A10X Fusion chip and the advanced camera system of iPhone 7," said Greg Joswiak, Apple’s vice president of Product Marketing. "Together with iOS 11 these new iPad Pro models will radically change what users can do with iPad." 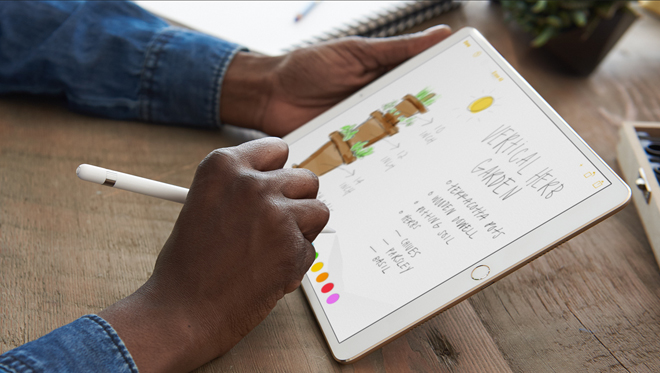 The new iPad Pro features Apple's redesigned Retina display with ProMotion technology for faster refresh rates of up to 120Hz. Likewise, the screen offers support for the wide P3 color gamut and HDR playback at up to 600 nits of brightness. Under the hood, the device is powered by the company's new 64-bit A10X Fusion chip with a six-core CPU and 12-core GPU to deliver up to 30 percent faster CPU performance and 40 percent faster graphics performance than the previous A9X chip. A 12-megapixel rear camera with optical image stabilization and 4K video recording, and a 7-megapixel FaceTime HD camera with wide color capture are integrated as well, along with a four-speaker audio system.