A new Echo Show model is now available for pre-order.

Amazon has revealed the latest addition to its Echo Show lineup, the Echo Show 5. The compact smart display is now available for pre-order for $89.99 in charcoal and sandstone color options. Shipments are expected to launch by June 26.

"Since we launched the first Echo Show device, customers have told us they love asking Alexa to show them things—whether it’s a recipe for banana bread, their shopping list, or music lyrics. With Echo Show 5, we’ve made it even easier and affordable for customers to add a smart display to every room of their house," said Tom Taylor, Senior Vice President, Amazon Alexa. "The compact form factor is perfect for a bedside table or desk, plus it has a camera shutter for added peace of mind, and new Alexa privacy features for even more control." 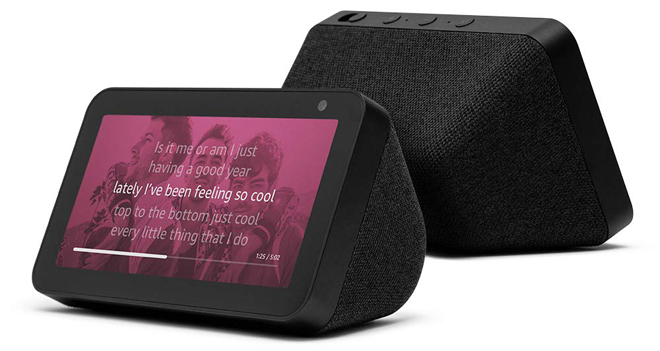 The Echo Show features a 5.5" screen with a resolution of 960 x 480, along with a 1 x 4W speaker and a 1MP camera. In addition, the device offers integrated Alexa support, enabling hands-free voice control and commands for finding recipes, weather updates, traffic info, playing videos and music, activating compatible smart home products, video calls, setting up routines, and more. Likewise, the unit also incorporates several privacy protections, including a microphone/camera off button, a visual indicator for cloud streaming, a built-in camera shutter to cover the camera, and the ability to easily delete voice recordings by simply saying, "Alexa, delete everything I said today."