Amazon Renews 'Mozart in the Jungle' for Third Season

The Golden Globe winning series has been renewed for another season.

in the Jungle bursts with creativity and passion, and offers audiences something truly unique," said , Head of Half Hour Series, Amazon Studios. "Amazon is proud to have two of the most risky and enthralling comedy series on television today." 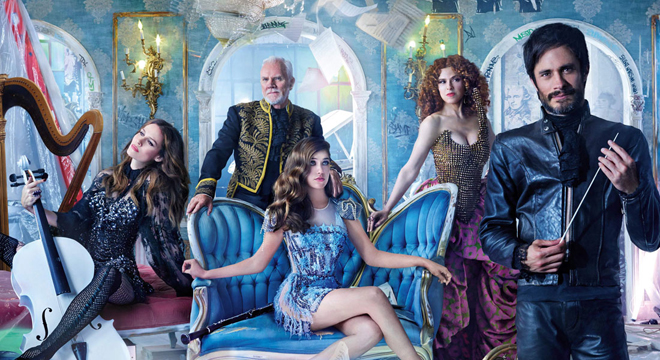 "We're grateful to  for endowing our orchestra with another season. We can't wait to follow our characters through the vast world of music, whether performing on a subway platform or in the grand concert halls of Europe," said Jason Schwartzman, one of the show's executive producers.

The third season will begin production later this year and will feature many of the characters heading to Europe. Seasons one and two are currently available to Prime Members through the  Video app for TVs, streaming players like the Fire TV, and mobile devices Likewise, subscribers can also access the series online at /mozartinthejungle. The show is available in Ultra HD with HDR on supported displays.