The British detective will return to Blu-ray in September, and pre-orders are now live.

In an early announcement to retailers, Acorn Media is preparing 'George Gently: Series 7' for Blu-ray on September 29.

The North of England's most upstanding detective, George Gently, returns to work the beat alongside his trusted partner, DS Bacchus. Together they investigate murder and corruption set against the turbulent tide of 1960s Britain.

Supplements have not been announced yet, but the Blu-ray will feature 1080p video and a DTS-HD MA 2.0 soundtrack.

You can find the latest specs for 'George Gently: Series 7' linked from our Blu-ray Release Schedule, where it's indexed under September 29. 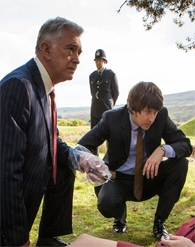