Paramount's Saturday Night Fever starring John Travolta will hit 4K ultra HD Blu-ray on November 8, while Shout/Scream will also release The Company of Wolves, Rollerball, Used Cars, and Piranha in 4K for you to feast on. 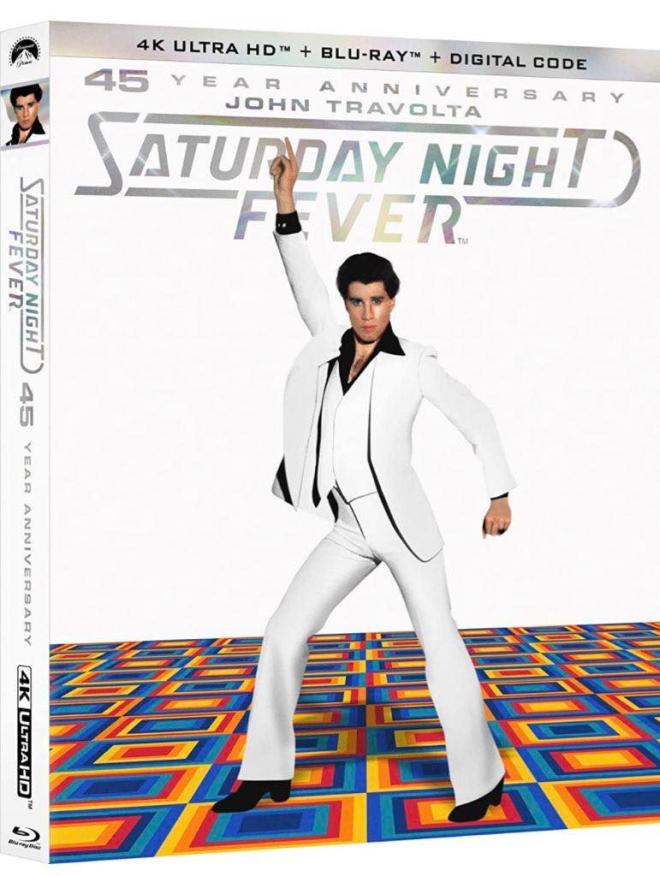 From John Travolta’s electrifying Oscar®-nominated performance to the unforgettable dancing, SATURDAY NIGHT FEVER is nothing less than a movie sensation. Featuring a bonus Blu-ray with the Director’s Cut, as well as hours of extensive special features. Travolta catapulted to fame as Tony Manero, a restless Brooklyn rebel who escapes problems at home and an uncertain future every Saturday night when he shines as king of the disco dance floor. Pulsing with the beat of its timeless, best-selling soundtrack, and looking better than ever on 4K UHD with HDR-10 and Dolby Vision, this is essential cinema. NOVEMBER 8. 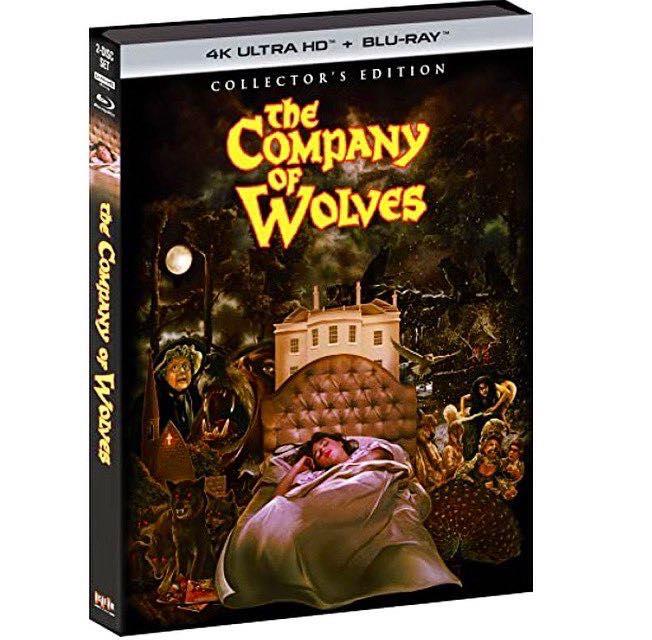 Fascinating and imaginative, this riveting thriller from director Neil Jordan (Interview With The Vampire) brings the timeless tale of "Little Red Riding Hood" and werewolf fables together in a haunting, compelling and eerie way.

A wise grandmother (Angela Lansbury) tells her granddaughter Rosaleen (Sarah Patterson) a disturbing tale of innocent maidens falling in love with handsome strangers ... and of their sudden mysterious disappearances when the moon is full and accompanied by the strange sound of a beast in the woods. Nominated for four BAFTA awards including Best Costume Design, Best Make Up Artist, Best Production Design/Art Direction and Best Special Visual Effects, The Company Of Wolves is a tale that will chill you like no other ... NOVEMBER 22. 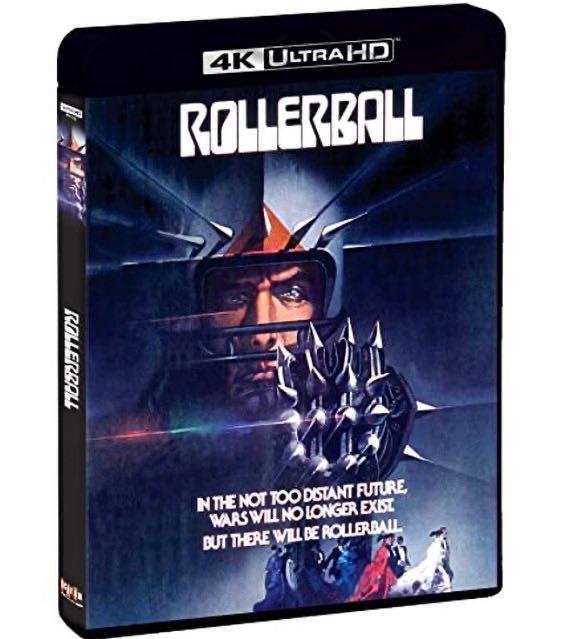 In the future, there are no wars. There is no crime. There is only ... the Game. In a world where ruthless corporations reign supreme, this vicious and barbaric "sport" is the only outlet for the pent-up anger and frustrations of the masses.

Tuned to their televisions, the people watch "Rollerball": a brutal mutation of football, motocross, and hockey. Jonathan E. (the great James Caan, The Godfather, Thief) is the champion player – a man too talented for his own good. The Corporation has taken away the woman, Ella (Maud Adams, Octopussy) Jonathon loves, but they can't take away his soul – even if the diabolical corporate head (John Houseman, The Fog) tells him he better retire ... or suffer the old-fashioned way. With its surrealistic imagery and tense action sequences, Rollerball grips you by the heart – and never lets you go. NOVEMBER 22. 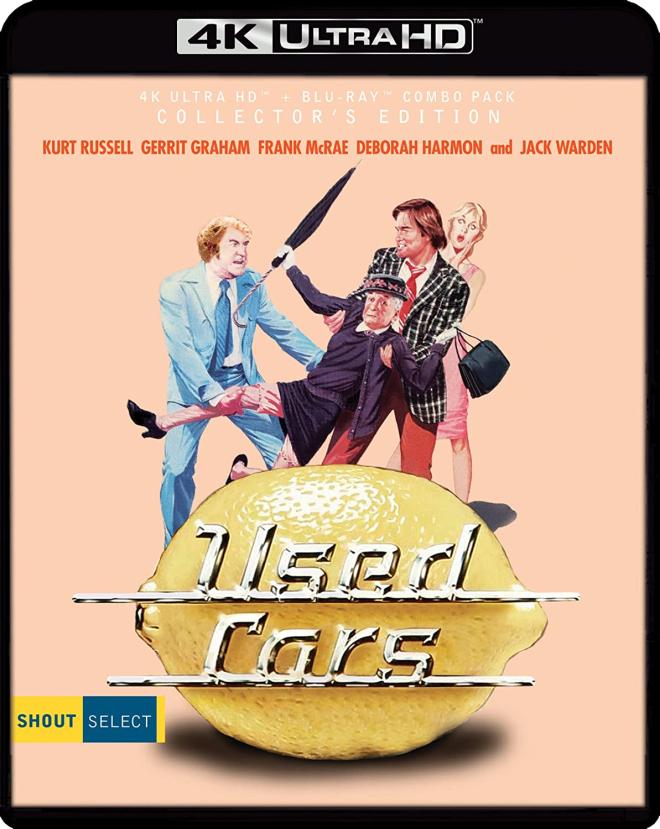 Director and co-writer Robert Zemeckis (Forrest Gump, Who Framed Roger Rabbit, the Back To The Future trilogy) is the engine behind Used Cars — the hilariously raunchy salute to those supersalesmen who'll offer lemons while putting the squeeze on you.

Rudy Russo (Kurt Russell, Escape from New York) has what it takes to be top salesman on Luke Fuchs' (Jack Warden) car lot — he's the most charming man who'll ever lie to you. Caught up in a feud between Luke and his brother/rival Roy L. Fuchs (also played by Warden), Rudy gears up for an all-out war. Employing his gifts of gab and grift — along with increasingly outlandish sales tactics — Rudy shifts the battle for sales supremacy into overdrive, turning the lot into a high-octane free-for-all! NOVEMBER 15. 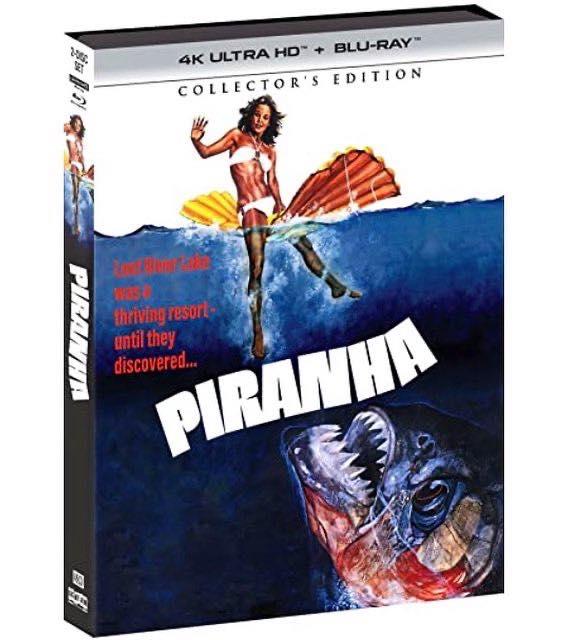 While searching for missing teenagers, novice skip tracer Maggie McKeown (Heather Menzies) and one of the locals, town boozer Paul Grogan (Bradford Dillman), stumble upon a top-secret Army laboratory doing genetic research on piranha for the purpose of biological warfare. When they are accidentally released from the compound, the deadly school of eating machines head downstream and eat everything and anything in their path.

We haven't had eyes on a full press release for these yet so we don't know final specs for bonus features, audio, or HDR grade, but once we do we'll update our listings ASAP. Also keep in mind these release dates are subject to change - if you remember last year we saw a lot of last-minute schedule shuffling so consider the release dates tentative for the time being.