'War for the Planet of the Apes' Announced for Blu-ray, Blu-ray 3D, and 4K Ultra HD Blu-ray

The "certified fresh" third film in the hit sci-fi franchise will be charging to home video this October.

In an early announcement to retailers, 20th Century Fox is preparing War for the Planet of the Apes for Blu-ray and 4K Ultra HD Blu-ray, and Blu-ray 3D on October 24.

Andy Serkis returns as Caesar in the thrilling and climatic chapter of the PLANET OF THE APES saga as Caesar and his apes are forced into a deadly conflict with an army of humans led by a ruthless Colonel (Woody Harrelson). After suffering unimaginable losses, Caesar resolves to avenge his kind, pitting him against the Colonel for a final showdown that will determine the future of the planet!

Special features include exclusive deleted scenes with optional audio commentary by director Matt Reeves, behind-the-scenes featurettes, including “All About Caesar,” which focuses on Andy Serkis and his incredible performances through the three films as Caesar, bringing his character and his journey to life. Additionally, the digital version of the film includes 10 Scene Comparisons, showing a side-by-side exploration of the actors’ performance captures above the final scenes in the film. 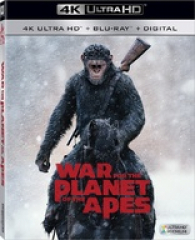 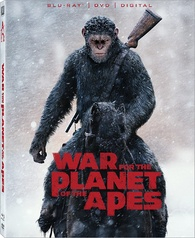 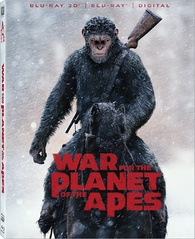