In an early announcement to retailers, 20th Century Fox says 'Murder on the Orient Express' will be available on Blu-ray and 4K Ultra HD Blu-ray on February 27.

Kenneth Branagh directs and leads an all-star cast, including Johnny Depp, Michelle Pfeiffer, Penélope Cruz, Judi Dench and Leslie Odom, Jr., in this stylish, suspenseful and thrilling mystery based on the best selling novel by Agatha Christie. Everyone's a suspect when a murder is committed on a lavish train ride, and a brilliant detective must race against time to solve the puzzle before the killer strikes again. Murder on the Orient Express is a timeless classic that "will keep audiences guessing" (Peter Debruge, Variety).

Each release will feature a lossless 7.1 soundtrack (Dolby Atmos on the 4K UHD) and supplements include: Agatha Christie: An Intimate Portrait; Let's Talk About Hercule Poirot; Unusual Suspects (Part One, Two and Three); The Art of Murder; All Aboard: Filming Murder on the Orient Express; Music of Murder; Deleted Scenes (with and without Commentary by Kenneth Branagh and Michael Green); Director commentary by Kenneth Branagh and Michael Green; Theatrical Trailers; and a Gallery.

You can find the latest specs for Murder on the Orient Express linked from our Blu-ray and 4K Release Schedules, where it is indexed under February 27. 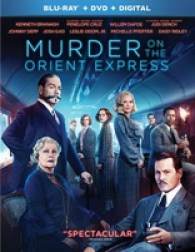 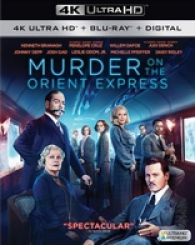