Snikt! Wolverine will unsheathe his claws one last time on Blu-ray and Ultra HD Blu-ray later this month.

It's 2029. Mutants are gone--or very nearly so. An isolated, despondent Logan is drinking his days away in a hideout on a remote stretch of the Mexican border, picking up petty cash as a driver for hire. His companions in exile are the outcast Caliban and an ailing Professor X, whose singular mind is plagued by worsening seizures. But Logan's attempts to hide from the world and his legacy abruptly end when a mysterious woman appears with an urgent request--that Logan shepherd an extraordinary young girl to safety. Soon, the claws come out as Logan must face off against dark forces and a villain from his own past on a live-or-die mission, one that will set the time-worn warrior on a path toward fulfilling his destiny.

5/4/17 UPDATE: Director James Mangold confirmed to us that the b&w version of the movie -- Logan Noir -- will be included on the Ultra HD Blu-ray in 4K with Dolby Atmos. 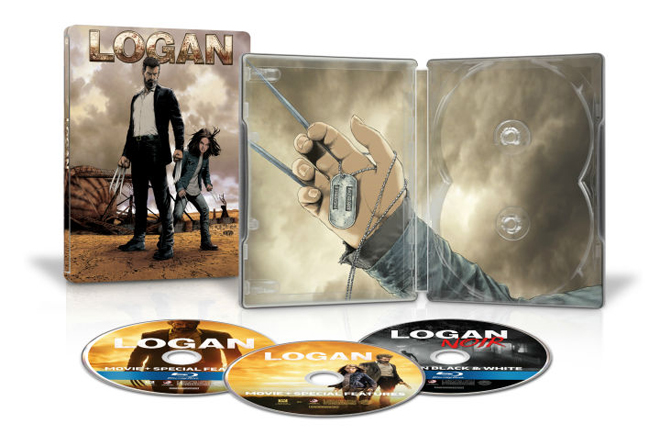 Meanwhile, the Walmart Exclusive Blu-ray will feature a nine-poster set with images from every film Hugh Jackman has played Wolverine in over the last 17 years. The back of the posters can then combine to create an image from Logan. (Image and info via The Hollywood Reporter) 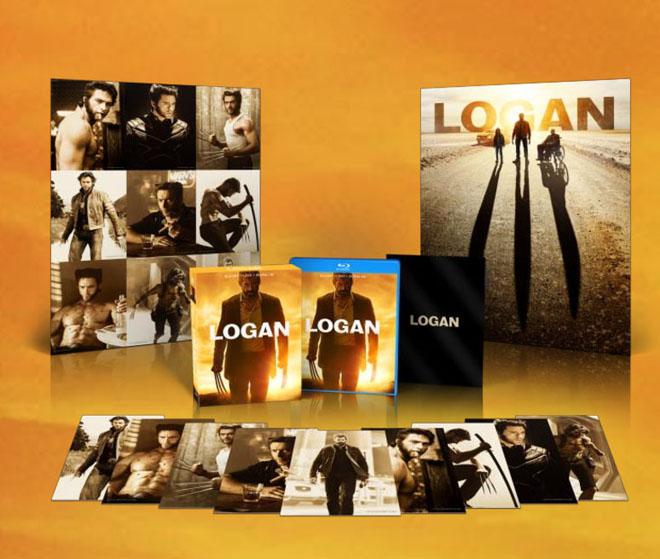 Finally, the Target Exclusive Blu-ray will include a 36 page photo collection featuring black and white photo prints taken from the set of the film. 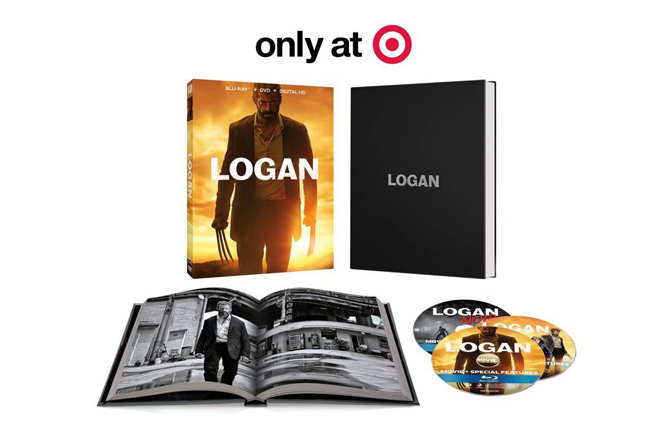