The science fiction film will hit both formats this October.

In an early announcement to retailers, 20th Century Fox says The Darkest Minds will be available on Blu-ray and 4K Ultra HD Blu-ray on October 30.

From producers of Stranger Things comes an empowering tale of teens who mysteriously develop new abilities and are declared a threat by the government. Ruby (Amandla Stenberg), one of the most powerful young people anyone has encountered, escapes and joins a group of runaway teens seeking safe haven. Soon, this newfound family realizes that collective power is needed to take back control of their fate and save future generations.

The 4K release will feature a Dolby Atmos soundtrack and supplements include:

The Power of Georgia

Behind the Scenes in Georgia

You can find the latest specs for The Darkest Minds linked from our Blu-ray and 4K Release Schedules, where it is indexed under October 30. 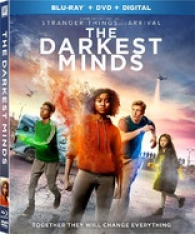 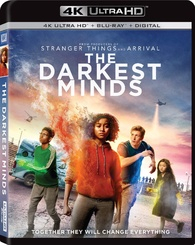