Drew Goddard's thriller is in the works for both formats and is already up for pre-order at Amazon.

In an early announcement to retailers, 20th Century Fox says Bad Times at the El Royale will be available on 4K Ultra HD Blu-ray and Blu-ray in the near future.

Seven strangers, each with a secret to bury, meet at a run-down hotel in Lake Tahoe in 1960s California. Over the course of a fateful night, they all get one last shot at redemption before everything goes wrong.

You can find the latest specs for Bad Times at the El Royale linked from our 4K and Blu-ray Release Schedules, where it is indexed under PENDING. 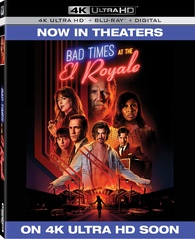 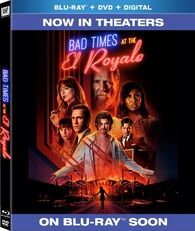