Living Hollywood legend Clint Eastwood climbs back into the saddle for possibly the final time with Cry Macho. Perhaps a little overly sentimental but Eastwood's heart is in the right place delivering an earnest coming-of-age road movie about a one-time cowboy tasked with bringing his boss' estranged son back over the border from Mexico. Not the greatest Eastwood film, but far from his worst and is a genuinely nice film. Warner Brothers delivers a great 4K Ultra HD Blu-ray release with a solid HDR10 transfer and strong audio mix - extras are sadly slim. If you're down for watching a nice uncomplicated film without any cynicism, it's definitely worth checking out. Worth A Look

Mike Milo (Clint Eastwood) was a one-time rodeo star and talented horse farrier when tragedy struck and took him out of the game. Now his former boss Howard (Dwight Yoakam) has called in his favors enlisting Mike to travel to Mexico and retrieve his estranged teenage son Rafo (Eduardo Minett) and bring him back to the States. What was a simple favor between friends puts Mike on a path of self-discovery as he befriends this young man and his prized cockfighting chicken, Macho.

I don't know, call me a sentimentalist or someone void of cynicism - but I liked Cry Macho. No, I wouldn't call it a great movie necessarily, but it's far from being a bad film or deserving of the critical drubbing it endured at release. Eastwood absolutely made better movies, but even in his prime he also made far worse films (looking at you The Rookie) so take that for what it's worth. At 91, Eastwood still has a knack behind the camera with enough natural charisma to maintain his star power on the big screen. 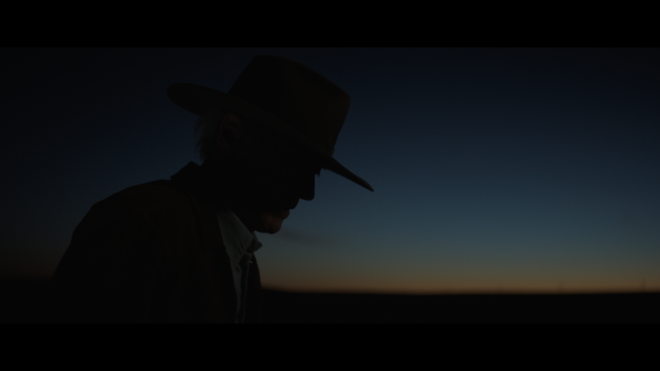 If there's a problem with this particular film is that it's probably 25 years too late. Eastwood, among other directors, has been trying to get this script made for decades but the timing was never quite right. As this is Eastwood giving his Western persona one last ride in the saddle it'd probably have come better in closer release time with Unforgiven. For thirty years rumors of a big final Western came and went - Cry Macho isn't the epic story people hoped for. Instead, it's a nice sentimental coming-of-age drama that isn't overly dramatic or complicated but avoids the most serious of saccharine pitfalls.

This story isn't complicated in the least. It's pretty straight forward and even with some raised stakes of corrupt border agents or a cartel enforcer, problems are solved with relative ease. Eastwood spends most of his time with newcomer Eduardo Minett and a chicken. It’s an odd grouping of characters for a road trip but Eastwood makes it work giving the characters time to learn and grow with each other while finding themselves. Think of it as a more dramatically meaningful less action-focused version of The Marksman. 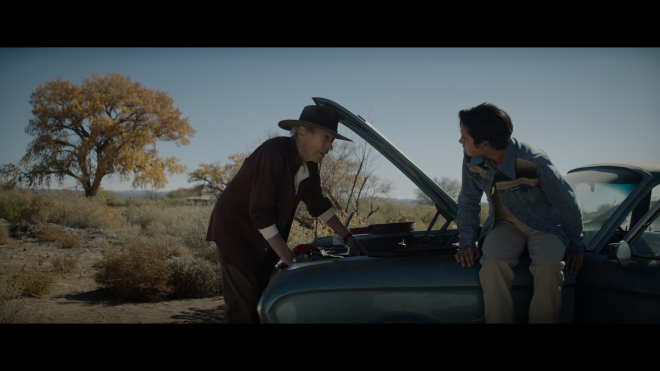 Maybe I’m too much of an Eastwood apologist but honestly, I’d rather he make movies like Cry Macho than make nothing at all. The guy is in his 90s and still going strong, he can make whatever he wants and I’ll be there to check it out. Eastwood can still turn in a fine performance and he still has a good eye behind the camera. Maybe a sharper eye for stronger scripts wouldn’t hurt, but then again he’s a legend who’s been directing for fifty years now. If this is his last movie and how he wanted to go out, it’s a fine finale and far from the worst thing he’s ever made. 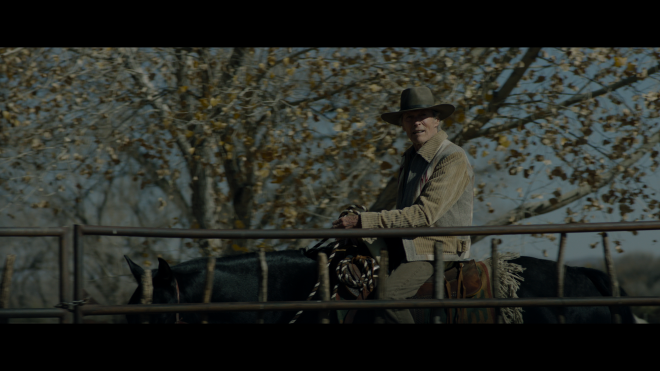 Cry Macho comes home with a fitting 2.39:1 HDR10 transfer. With sharp details, this digitally captured image may be a bit on the dark side but there’s always something to see and appreciate. Mike’s old home littered with fading newspaper clippings and dusty trophies or the dusty Mexican landscape offer some visual delights. Facial features, clothing textures, and production design all offer their own value to the film. As dark and naturalistic as it looks, there’s still beautiful imagery to soak in.

HDR10 helps some of the natural colors pop while this film maintains a yellow-brown earthy color scheme. The real pop comes from various picturesque sunrises and sunsets. Whites are bright and crisp when applicable. Again the film is stronger on the brown tones and keeps things in that tan spectrum. Skin tones appear healthy and accurate. Black levels are deep and appropriately inky with excellent depth to the image. Shadows are also well rendered and better so than the include 1080p Blu-ray - particularly in firelight scenes. Free of any compression issues, it’s a solid release and I hope Warner Bros keeps upgrading Eastwood’s back catalog. 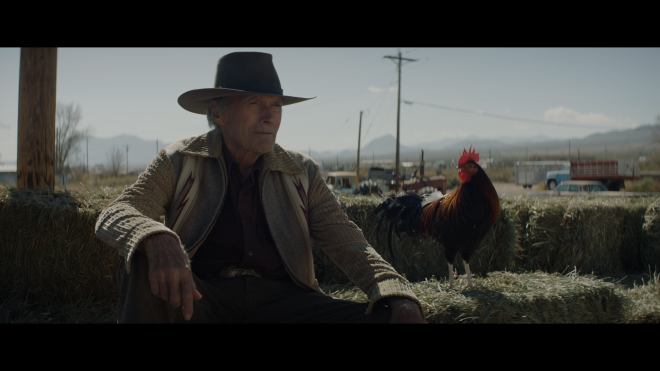 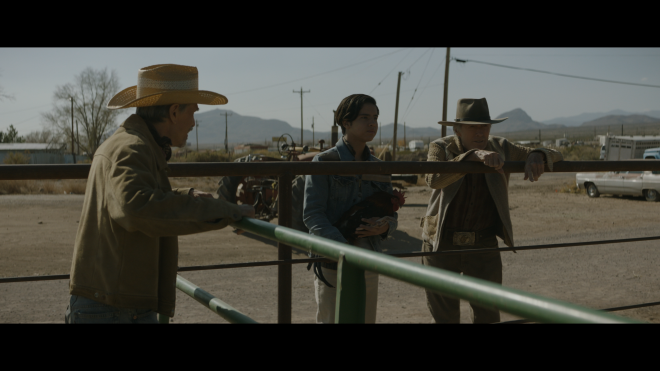 With a solid DTS-HD MA 5.1 track, Cry Macho serves up a fitting auditory experience. This isn’t the kind of track that’ll win awards for editing or mixing, but it suitable sets the stage for each scene. Outdoor scenes feel wide and open while simple locations like an old church or restaurant can feel more close and intimate. Even during these somber quiet moments, there are enough atmospheric effects to keep surroundings active and engaging. Dialogue is clean and clear throughout without issue. Scoring from Mark Mancina adds to the somber tone of the film without overpowering any other audio elements. 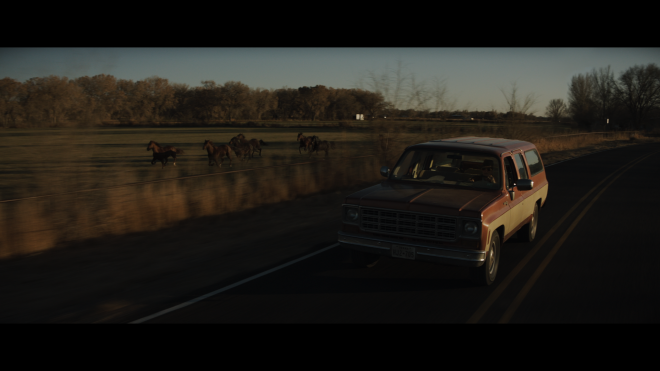 Eastwood movies generally aren’t big on the bonus features and Cry Macho follows suit in that department. What we get are a pair of pretty basic making-of featurettes that offer a little glimpse at the making of the film without going into too much detail. It’s the shortest of the pair, but the look at getting Clint back on a horse at 91 years old was the most entertaining. 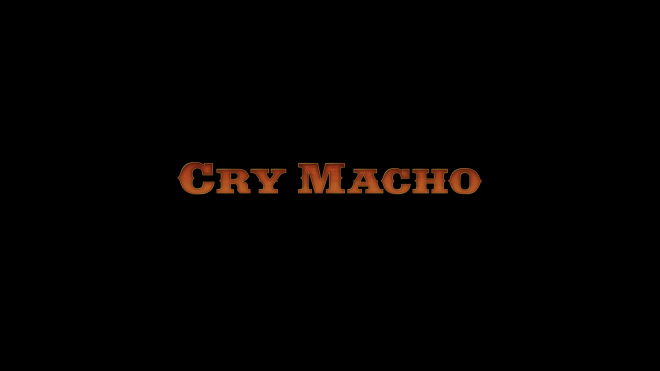 At 91 years old, the living Hollywood legend Clint Eastwood literally hops back in the saddle as star and director of Cry Macho. While not the greatest film ever made, it’s just a nice piece of character drama that fits a filmmaker of Eastwood’s range and years. It might have been a better project for him to tackle some time ago, but it’s still a nice piece of work. If it is to be Clint’s last ride as director and/or star - it’s a fine film from a director that’s been in the game for fifty years. Cry Macho comes home to 4K Ultra HD Blu-ray with a solid HDR10 transfer and DTS-HD MA 5.1 audio track. The only downside is the slim bonus features. As a lifelong Eastwood fan, I enjoyed this one and I’d encourage folks to set aside any cynicism towards it and give it a shot. Worth A Look