Edgar Wright’s brilliant adaptation of the Bryan Lee O’Malley comic series Scott Pilgrim vs The World engages in deadly combat with 4K UHD Blu-ray and emerges victorious! Hilarious, exciting enthralling, Scott Pilgrim is the perfect amalgamation of music, video game, and comic book culture all in one flick. Universal does right by this modern-day cult classic with an excellent 4K UHD Blu-ray release featuring a stellar Dolby Vision transfer with Atmos audio to match. You don’t have to fight The League of Evil Exes to enjoy this one - Highly Recommended

In the remote far-off land of Toronto, Canada lives Scott Pilgrim (Michael Cera). A 22-year-old aimless musician finds himself in love with a mysterious American by the name of Romona Flowers (Mary Elizabeth Winstead). Only to be with Romona Scott will not only have to break up with his 17-year-old girlfriend Knives Chau (Ellen Wong), but he’ll have to defeat Romona’s past relationships who've banded together to form The League of Evil Exes!

After Spaced, Shaun of the Dead, and Hot Fuzz - Edgar Wright proved he was the perfect director to deliver an action-packed, video-game-infused, rock-saturated comic book movie with Scott Pilgrim vs The World. Unfortunately… no one went to see it in theaters, myself included. I don’t know about all of you but I was working retail and the only key holder for two weeks who didn’t have the flu. That sad 132-hour excuse is why I missed out on this classic on the big screen during its first run. In and out of theaters, it became a home video and midnight movie classic as word of mouth eventually spread about its awesomeness. 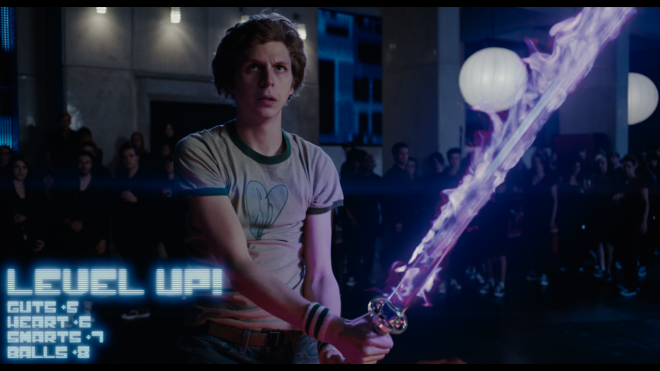 Based on Bryan Lee O’Malley’s comic series (seriously check it out if you haven’t), the movie takes all of the best elements and stays rather faithful. Some small changes were made, that’s the nature of adaptation, but Wright masterfully captured the stylized action of the comic adding his own whiz-bang visual and audio flare with pitch-perfect comedic timing. But this movie isn’t just a showcase of Wright’s abilities as a visual artist, it also shows how well he casts a film.

Michael Cera is the perfect Scott, quick-witted, aloof, but capable in a dance fight. Mary Elizabeth Winstead plays the woman of mystery with style and a dry sense of humor. Ellen Wong is the perfect innocent love-obsessed young woman ready to channel her rage. Then we have the 7 Evil Exes played by Satya Bhabha, Chris Evans, Brandon Routh, Mae Whitman, Shota Saito (in a duel role), and Jason Schwartzman all of whom deliver hilarious turns. We also get to enjoy some fun spots from Brie Larson, Kieran Culkin, Anna Kendrick and Aubrey Plaza. That's to say nothing of the other completely random gut-bustlingly funny cameos like Clifton Collins Jr. and Thomas Jane as the Vegan Police! 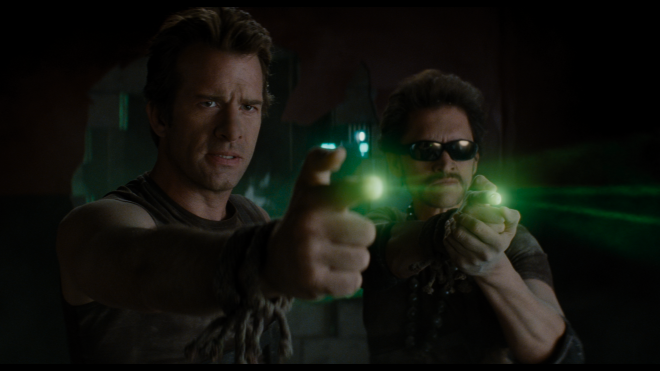 A sonic and visual feast Scott Pilgrim vs The World is the movie that made me believe Wright could bring a lower-tier Marvel superhero the likes of Ant-Man to life. Sadly he didn’t get to do that. Ant-Man is still a fun movie but I’ve always wondered what it could have been if Wright didn’t exit the project. As it stands, Scott Pilgrim is a practically perfect comic book flick and one of my favorite movies. Dozens of viewings later I’m always finding something new to love about it.

Vital Disc Stats: The 4K Ultra HD Blu-ray
Scott Pilgrim vs The World arrives on 4K Ultra HD Blu-ray thanks to Universal in a two-disc 4K UHD + Blu-ray + Digital set. Housed in a standard black case with an identical slipcover, the disc loads to Universal’s standard menu with a static image with the bonus features occupying the righthand side of the screen. All of the bonus features are found on the 4K disc. 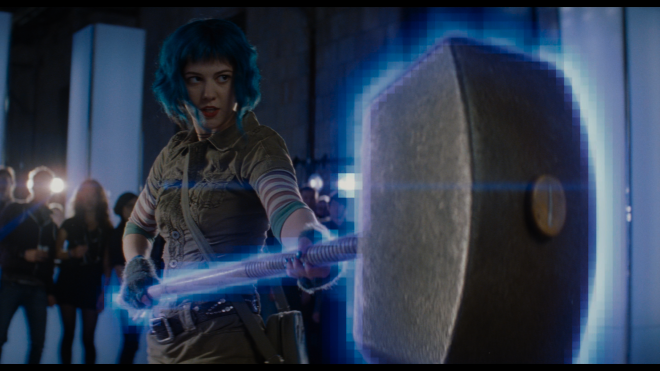 Well, color me impressed! Scott Pilgrim vs The World makes for a damn handsome upscaled 2160p 4K Ultra HD Blu-ray with Dolby Vision transfer. Usually, you don’t see this much of an improvement for a film sourced from a 2K Digital Intermediate (outside of the HDR application) - but this is quite something. The grain structure was immediately more natural and film-like looking without becoming overly noisy or intrusive. Small texture details in clothing, the production design, and facial features all stood out in ways far more noteworthy than calling them a simple “uptick” in quality. Wright loves his subtle visual gags and I felt like I was noticing more small production design details than I'd picked up on before.

This transfer also corrects a lot of the issues present in the original Blu-ray release. That disc was just too darn bright and also had a bad habit of washing out colors with some difficult black levels. All of that has been taken care of here. The image now looks a shade or two darker but also offers up much more natural color saturation with primaries and bright bold video game-style schemes. With Dolby Vision HDR, that white Toronto snow is crisp and bold without blooming. The deep thick black levels are nice and inky lending to the desired three-dimensional pop of the imagery. Skin tones are more healthy and natural-looking where the previous disc appeared too pink/red. Primaries are in excellent shape here - the full spectrum of colors gets ample time to shine. 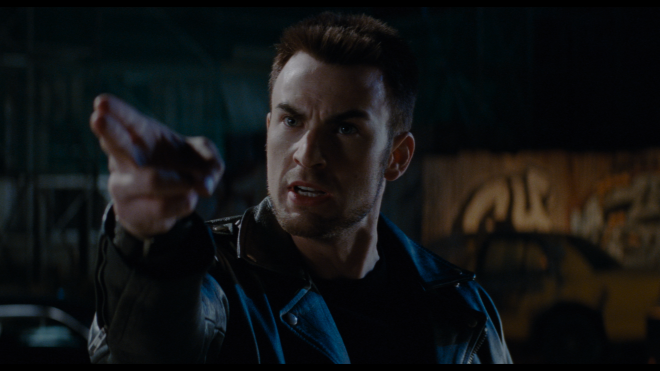 This is a very stylized film with a lot of flash and pizzaz - especially during fight sequences. Specular highlights had a much more pronounced presence. Lighting and shadow were equally impressive. I missed my window to see this new transfer in the theater this Spring (sad broken record there), but this disc easily blows away the midnight shows I saw over the years and turns the old Blu-ray into a pile of coins... which is sadly not enough for the bus. 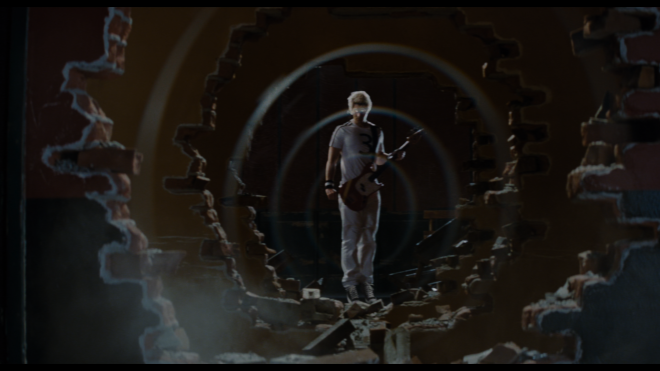 The one good highlight of the old Blu-ray was the audio mix - and that’s the case here as well. This new Dolby Atmos mix is a beast in all of the best ways. Whenever any of the big fights or music numbers kick in, it just envelops the mix. Every speaker is thundering away with your subs pounding out the LFE. When the movie is quiet and character-driven the mix is deceptively simple. Only small sound effects here and there keep those sides and overheads active, but when the big action sequences kick that pinpoint audio is a delight.

Imaging is incredible during these moments where you can have the sound of a punch or kick or a flaming sword swirl from your rear left through your front left/center and up into your right overhead. The coins Scott collects from every fight adds extra texture to the mix allowing for individual jangles and tinkles to spread out throughout the soundscape. While the quiet moments may not seem very active, the overheads and extra spacing of the mix allow for a terrific feeling of atmosphere. Even if Scott is just riding the bus, you feel that small space with a tighter overhead presence.

Through it all, the dialog is clean and clear and never an issue. Levels are spot on but this is one you’re going to want to play loud for maximum impact. This was a movie built for Atmos and this mix delivers! The old DTS-HD MA 5.1 mix was a beast in its time, but this Atmos mix takes everything that worked and dials it up beautifully. I watched this with my one-year-old son playing in the next room and every music number he'd run in and jam out. So if you've got musically-inclined kiddos, keep them nearby, they might put on a show of their own! 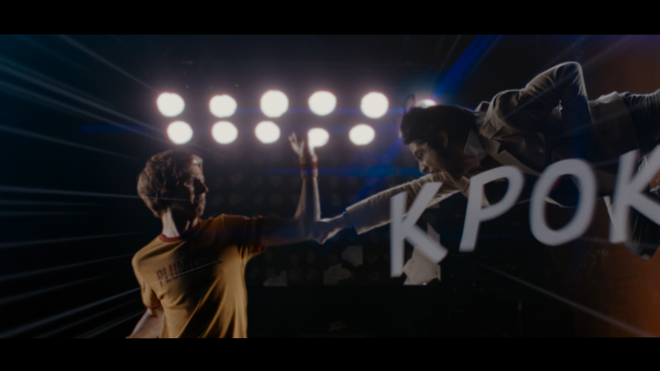 In a little bit of a bummer, nothing new in the bonus feature stew. This is the same set of excellent bonus features previously available. The good news is all of these extras made it to the 4K UHD disc so you don’t even have to flip discs just to enjoy everything. The four Audio Commentaries are the main highlight and are great listens if you’ve never gone through them. 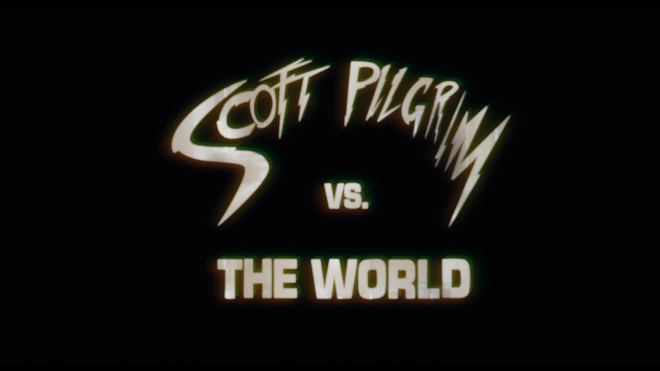 Scott Pilgrim vs The World is a hilarious modern-day cult classic. While I wish it’d gotten more recognition upon its initial release, I’m glad that it’s developed a loyal legion of fans. It was a delight to go to midnight screenings when I lived in Denver and see the audience get a little more crowded each screening. It’s a visual and sonic delight and unlike anything else out there. Wright really knocked it out of the park here and I consider it his best movie thus far.

Universal gives Scott Pilgrim vs The World an extra life thanks to a genuinely excellent 4K Ultra HD Blu-ray release. Even sourced from a 2K DI, this Dolby Vision transfer is a notable improvement over its 1080p counterpart with a highly immersive Dolby Atmos mix to match. Bonus features may be the same batch as before but they’re all very informative and worth the time to pick through. Grab your sword of self-respect and upgrade! Highly Recommended