After years on the inside, Frank White (Christopher Walken) is a free man. After being in prison for so long, he sees what New York has become. With the help of his old friends Jump (Laurence Fishburn), Lance (Giancarlo Esposito), and the rest of the old crew - Frank slowly takes over all criminal activities in the city. Gangs willing to join him are welcomed with open arms. Gangs who turn away his generous offers are slaughtered. While Frank sees himself as a modern-day Robin Hood doing crime to give to the greater good, the cops on the street see him for what he is and are willing to break the law to make sure he’s stopped for good. 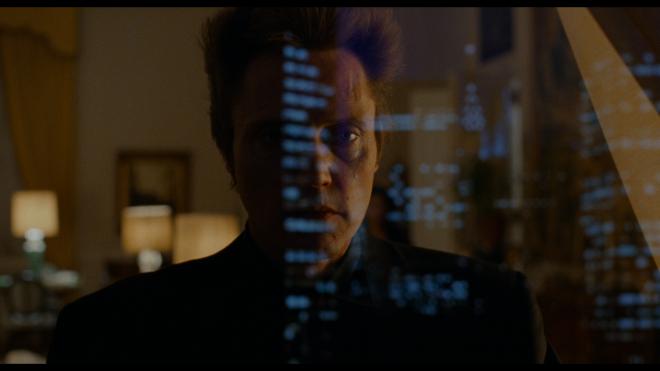 I wasn’t a fan of King of New York the first time I watched it. This is partly because I saw it within days of seeing Scarface for the first time and I thought of it as a less stylish take on that same story and I wasn’t really a fan of that film. However, King of New York is a movie I like better every time I see it. Where the substance of Scarface can get lost in the excessive stylings of de Palma’s production, Ferrara’s King of New York isn’t nearly as flashy. It’s much more grounded and intimately focused on Frank’s delusional journey as the savior of the city. Where Tony Montana doesn’t really believe in anything beyond taking everything as his, Frank White actually believes he’s the only one capable of saving New York...through crime and murder.

The delusions of grandeur were my big takeaway from this latest viewing. On one hand, you have the clear delusions of Frank and his mission to build a hospital fully funded by his illegal activities - and the world would love him. On the other end, we have the cops on his tail who believe the only way to preserve law and order is to break the law. When David Carusso’s Detective Gilley tells his boss played by the great Victor Argo that “we can make it look like a rival gang” they’re fully over the edge in their own delusions. Not only that they can get away with murder in the eyes of the law, but that they’re the only ones capable of stopping Frank and his crew.

The other piece I appreciated more this go was the dynamic between Argo’s Roy Bishop and Christopher Walken’s Frank White. It’s never really established how well the two know each other, there’s an odd shot where Argo pulls up Frank’s extensive rap sheet like it’s the first time he’s heard of him. But by the time we see their final confrontation, it’s less of a Cop versus Robber standoff than two men from the same neighborhood with a lot of history and bad blood between them. You get this feeling that whatever battle is about to unfold on that subway car actually started decades ago.

All of this comes together through Abel Ferrara’s very unique filmmaking style and approach to characters. I heard one of my film professors describe this approach to character development as antiseptic. He can get pretty down and dirty with some terrible people but still somehow make them look clean by the end. Frank White isn’t a great guy, Ferrara constantly reminds us he’s a murderer and a drug dealer and a bold-faced liar caught up in the illusion of himself, but we almost love him anyway. When his empire crumbles we actually feel bad for him, but really we should be cheering!

Ferrara can be a frustrating filmmaker at times, you’re either on board with the movie or you’re not. King of New York followed by Bad Lieutenant and Body Snatchers are his three easiest movies to get into and appreciate. Everything else he made before or since feels very “take it or leave it” with me.  I mean, I love Driller Killer but that’s not exactly on the top of everyone’s list. Some are great, some are forgettable. As a filmmaker who never really capitulated to the big industry side of filmmaking, he’s managed to keep his head above water and make his own work outside of the major studios and keep bringing interesting works to the screen.

I always like to give films more than one go around, especially if I didn’t like it the first time. It could have been mood or circumstances so I hope that under different conditions I’ll like a film better the next time. That’s been the case with King of New York. I didn’t care for it the first time, but every time I sit down to watch it I come away liking it a little more. This time around I felt like I had a lot more takeaways from the viewing and it moved up in the ranks. I still think Bad Lieutenant is the best Ferrara flick, but King of New York certainly isn’t to be overlooked.

Vital Disc Stats: The 4K Ultra HD Blu-ray
King of New York arrives on 4K Ultra HD Blu-ray from Arrow Video in a single disc release. Pressed on a BD-100 disc, the disc is housed in a standard black 4K case with an identical slipcover. The insert artwork is reversible reflecting the original poster artwork. Also included is a booklet containing two new essays and photos from the film. The disc loads to an animated main menu with traditional navigation options. 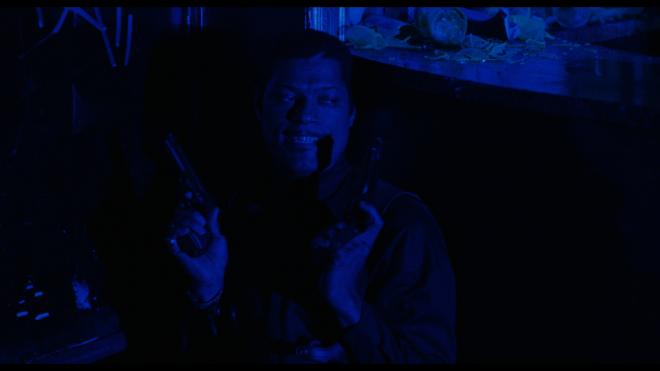 Sourced from a new 4K restoration, this 2160p 1.85:1 transfer with Dolby Vision HDR kicks the old 2007 disc to the curb. From the first moments, the image is rich with detail, bold colors, with amazingly deep inky blacks. Contrast is much more under control delivering a beautiful film-like presentation. I was never a fan of the 2007 disc so this release from Arrow offers a notable improvement.

Facial features, clothing textures, details in the production design - all are on full display here. Film grain has a natural texture to it without being overly noisy and intrusive. There are no signs of any DNR or smoothing. Also gone are any indications of edge enhancement or compression giving the image a clean organic appearance. My only real gripe is a few sequences look oddly flat. The opening credits being a primary example, but there are a couple of random shots here and there where the image just isn't quite as dimensional as an accompanying edit.

With Dolby Vision HDR, colors pop beautifully. The big gunfight in the nightclub is bathed in blue and you can feel more natural shading of the color between light and dark briefly illuminated with the muzzle flashes from the guns. As a whole blues, reds, and yellows occupy the screen nicely. The golden tones in the Palace Hotel room is another highlight against the blue lights of the city reflecting on the windows as Frank looks out over New York. Black levels are stronger than I've ever seen them, there are a couple of moments where they get a bit close to crush, there's a lot of black clothing against dark backgrounds, but nothing too severe. Whites are a little better balanced as well, the blooms in the windows during the wedding reception for example felt like they were a bit cleaner than previous releases. But white shirts or decore are crisp and natural. It’s a hell of a great looking disc offering a clear and obvious improvement over previous releases.
(95/100) 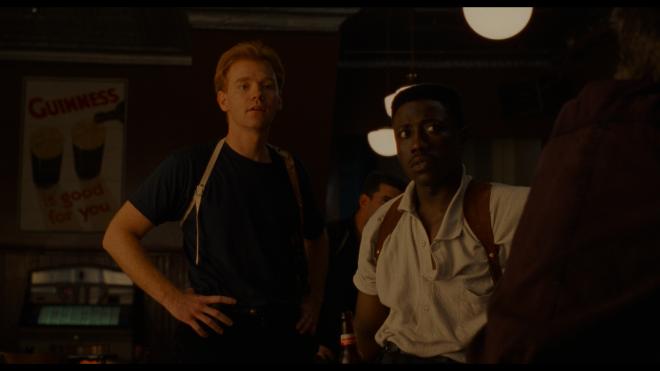 King of New York arrives with a pair of excellent audio mixes - the LPCM 2.0 stereo track and a remixed DTS-HD MA 5.1 track. Both tracks are impressive and offer a nice improvement over the previous 2007 Blu-ray’s audio mixes. The biggest improvement for me was the 5.1 mix, it felt more full and present with the elements allowing the dialog, score, and sound effects to occupy the space and give a natural sense of atmosphere. I also felt like there was a stronger LFE presence where the 2007 disc would just feel hollow with the hip-hop beats or during the big gun battles - there’s just more impact now. The LPCM mix spreads nicely and is an excellent option as well. I prefer the 5.1 over the LPCM 2.0 track, but really you can’t go wrong with either one. Dialog is clear for both. Imaging is excellent and the levels are spot on without issues.
(90/100) 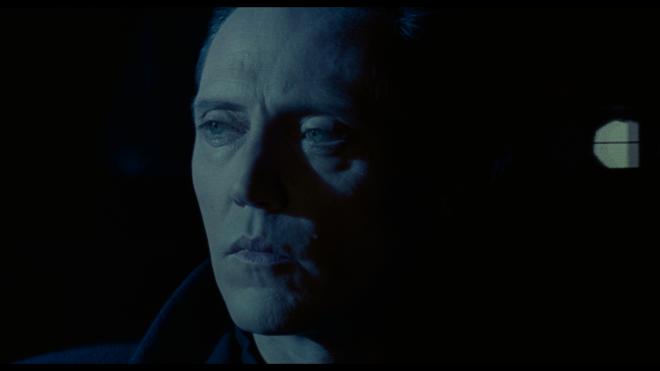 Arrow’s release of King of New York arrives with an excellent assortment of previously available bonus features. While there’s nothing new in the stew here, there’s some great stuff to pick through - the audio commentaries are excellent listens and the Not Guilty doc about Abel Ferrara is absolutely a must-see. His 2012 interview is a bit rambly in places but he does offer interesting information about working with Walkin and getting a range of performances out of him for every take.

After some pretty middling to poor releases on home video, King Of New York finally gets the due treatment it has long deserved. Featuring one of the best Christopher Walken performances, Abel Ferrara’s movie feels ageless. With the great cast and colorful characters and dramatic examinations of good and evil, we get a genuine crime saga classic.

Arrow Video delivers a truly excellent 4K UHD Blu-ray presentation. I wasn’t a fan of the 2007 release feeling the image barely offered any improvement over the special edition DVD and the audio felt constipated. That’s not the case here. The new native 4K transfer with Dolby Vision HDR and the restored audio mixes give this film the best home video A/V presentation to date. Cap it off with an excellent array of informative bonus features and you have a disc well worth adding to the collection, even if you have to go through the small headache of importing it.