A corrupt Drug Enforcement Administration boss and his thugs murder Mathilda's family in a drug deal gone awry. Orphaned by the massacre, Mathilda is forced to take shelter in the apartment of a neighbor, Léon, whom she knows only slightly. He's a loner and first generation immigrant, who also happens to be a professional hitman. He's never had reason to care about anybody and she has no one else to turn to. Together they form a makeshift bond that will forever change both their lives. 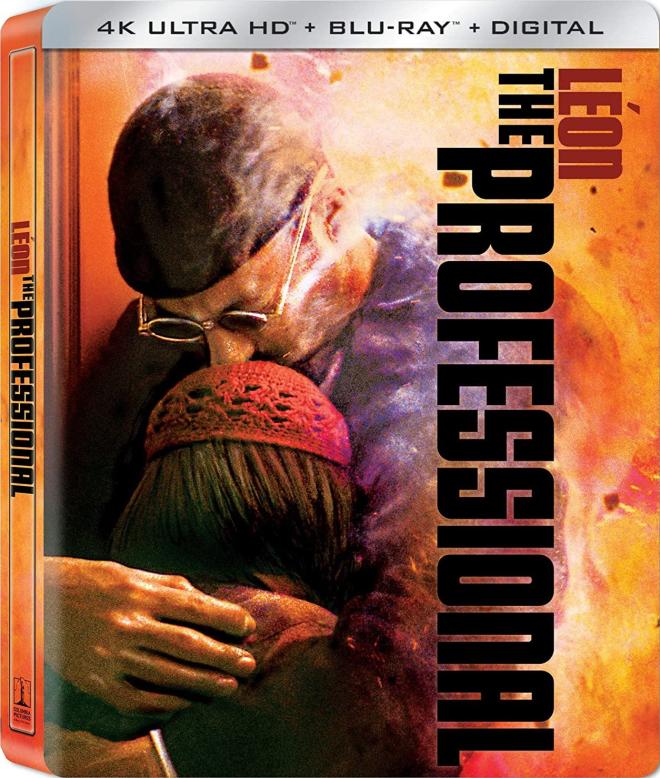 "French auteur Luc Besson may have gained international acclaim for La Femme Nikita, cleaned house at the box office with his sci-fi smash The Fifth Element and had a hand in making Jason Statham into an action leading man with The Transporter, but for me his pièce de résistance will always be 'Léon: The Professional.' Brutal, beautiful, and controversial, the film isn't just Besson at his best--it's cinema at its finest."

I still stand by that statement wholeheartedly. While Besson is far from producing his best efforts these days, Léon was a dazzling entry in his catalog. I still remember getting dropped off at the mall as a teenager and going to see the vastly inferior American cut The Professional. The advantages of hitting my growth spurts early and a mess of facial hair helped me get into R-rated movies at the fairly conservatively run multiplex when I was all of 15-years-old. I'd only heard of the concept of the film and thought it sounded like a cool action flick. I don't believe I'd seen Nikita at that time so I was going in completely cold. I just remember watching that opening sequence and being completely blown away. I'd never seen anything like it.

The next weekend I dragged my Dad to see it on a day he'd rather have been working around the house - he too was instantly blown away by it. From those first viewings, this was a favorite. A genuine Top Ten, stuck on a deserted island I'd bring this one with me film. Thanks to DVD a few years later I was finally able to see the fabled international cut that sold out round-the-clock screenings in France - and I fell in love with this film all over again.

Besson as a writer and director was in peak form with this film. He managed to bring visceral pulse-pounding action to the screen while also creating a story of a surrogate father and daughter. You feel for these characters and as Matilda grows and hones her skills as a killer - you worry how far down the rabbit hole she's willing to go. At the same time, the audience is happy to see Léon grow beyond the shell of a man he's become to find cause and purpose with his life. It's this fragile relationship that grounds this film and makes it such a rewarding film to watch over and over again.

Sony Pictured delivers Léon: The Professional to 4K UHD Blu-ray once again in a new 2-disc 4K UHD + Blu-ray + Digital SteelBook set. Aside from the SteelBook case and new disc artwork, there's nothing new about this set. Everything is exactly the same as before - just new fancy packaging. 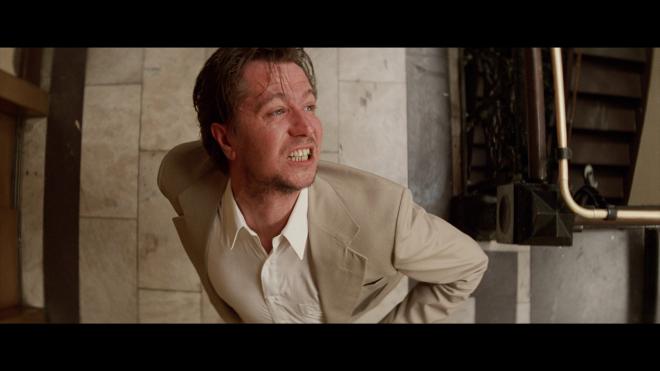 "As with any new format, one must keep expectations in check. When Sony was releasing new 4K Remastered editions of some of their most famous flicks like Spider-Man 2, Glory, and Ghostbusters, the writing was on the wall that the studio was getting prepped for UHD in a big way by providing fans an incremental upgrade before jumping to the bigger, brighter, bolder 4K UHD. Léon The Professional was given such treatment. That Blu-ray remaster was night and day better than what had come before featuring robust details, brighter more prominent colors, and sharper black levels. To that end, I honestly wasn't expecting much of a notable uptick in visual punch than that 2015 release. Apparently, there was a lot more room for improvement!

From the opening aerial shot of Central Park to the driving shots through New York to Little Italy, the differences between the two presentations becomes immediately clear. Detail clarity, colors, contrast, and black levels are beautifully captured with this HDR10 2.35:1 2160p presentation. If you've ever liked counting skin cells and liver spots, that opening conversation about "business" between Léon and Tony should fit the bill! This UHD presentation is all about the finest of fine details from individual hairs to the loose threads on clothing to the spackle on the walls - you may want to pause to just look at the little things." 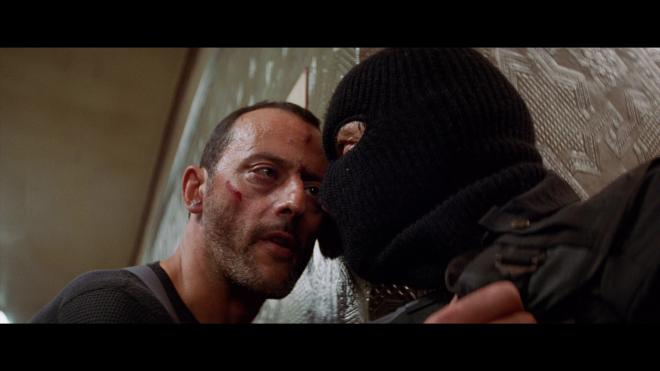 "Léon The Professional has always been one of Sony's go-to titles for home video because it is popular as well as technically proficient. Everything you love about this mix remains the same. Clear dialog, even in chaos. A sweeping, immersive score from Eric Serra. Action sequences that offer plenty of gunfire-infused panning. In terms of flaws, I think one could wish for a little more LFE oomph from explosions, or perhaps a little more world-building in the New York exteriors. But it's a very fun track, even if most of the film is more intimate than one might expect from a genre piece."

The Atmos elements improve upon a very solid foundation but are somewhat limited when compared to modern (native) Atmos mixes. For the most part height channels are reserved for orchestral elements, which does pull the audience forward. There's also a great explosion where a grenade fireball rolls up and over the audience, as well as a sequence where ceiling sprinklers are raining down on us. Yet, when comparing Léon with other catalog remixes like Bram Stoker's Dracula or The Fifth Element, both of which benefit from more intentional aggression, Léon is much more reserved and less Atmos-engaged." 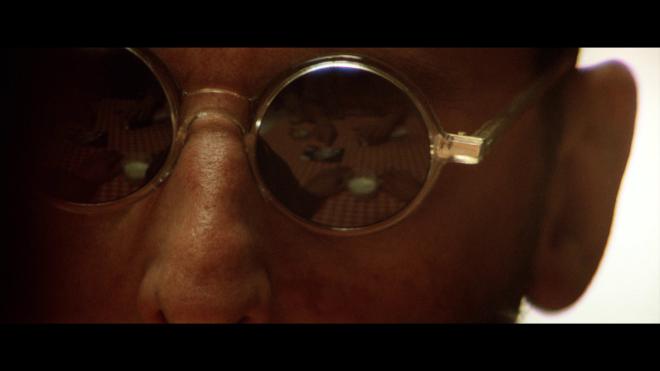 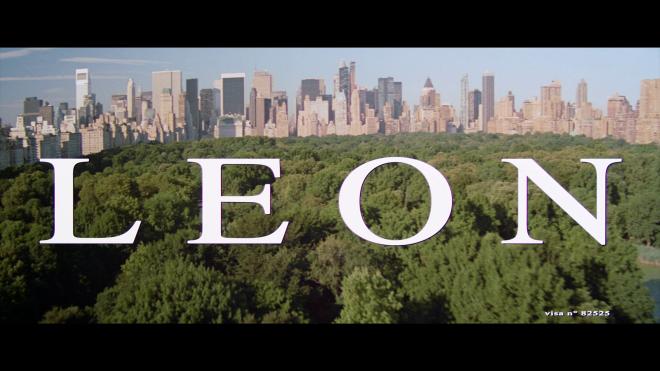 If you've adopted 4K and haven't picked this disc up, or if you're new to the format and have been looking for an excuse to upgrade your copy - this new SteelBook of Léon: The Professional is an essential piece of the collection. The native 4K UHD Blu-ray transfer with HDR10 is stunning offering a clear improvement over its 1080p counterpart. The Atmos track is the same one as previously issued on Blu-ray, and it's a clear improvement over past audio mixes, but it may not be as aggressive and immersive as some would hope - but that shouldn't dissuade you in the slightest from cranking the volume on your rig. If you already have this film on 4K, this SteelBook may not be the hottest ticket in town - unless you're an avid collector. However, if you need to add this film to the collection, this is a terrific set. Highly Recommended.