Think Like A Dog follows a young kid and his dog who are able to communicate with each other. They navigate their way through friendships and dealing with their parent's marriage that's on the rocks. This film is surprisingly wonderful with a great sense of humor that is laugh-out-loud funny, along with a sweet message. This digital film comes in 4K UHD with HDR and has a Dolby Digital 5.1 audio mix. There are also a couple of excellent bonus features to boot. Highly Recommended!

Films with lovable talking canines are nothing new to the cinema landscape, such as Pixar's UP, Dr. Dolittle, Homeward Bound, Look Who's Talking 3, and countless others that bring those furry pet animals to the silver screen in a family-friendly way. With Think Like A Dog, that formula rings true with a few added elements thrown in. Judging by the cover art and poster for the film, this movie looks like a standard, bland fare that would only appeal to toddlers, void of any real humor or conflict. That's not the case though. Think Like A Dog is a shockingly amazing, surprisingly hilarious, and unexpectedly emotional film with some extraordinary camera shots that are striking for this type of film.

Written and directed by Gil Junger (10 Things I Hate About You), tells a story about a family, facing some turmoil, while their young son has invented a device that allows himself to understand his pet dog and vice versa. The setup sounds a lot like the Mel Gibson vehicle What Women Want, but with a lovable pet, but it's something much more as is evident only a few minutes into the film.

Think Like A Dog centers on a family of three, Lukas and Ellen (Josh Duhamel and Megan Fox respectively), and their young son Oliver (Gabriel Bateman). The three live with their dog Henry (voiced by Todd Stashwick) as he makes witty quips about his life and family. Oliver has developed a device with a pen pal from China that will allow humans to understand what dogs are communicating. After a science fair show goes wrong in front of a Tony Stark type of man named Mr. Mills (Kunal Nayyar), where Oliver is showcasing his invention, all seems lost, but that night, a freak accident occurs that leads to both Henry and his human counterpart to understand one another in the English language.

There are a couple of other stories going on that add to the ongoing tale, including Oliver's parents on the verge of divorce, moving away from home, and a sinister plot to steal Gabriel's device for personal gain, all while Gabriel tries to "grow a pair" and ask his crush out to the dance with the help of Henry. On paper, this outline can seem cheesy and uninteresting, but Junger knocks the comedy, delivery, and emotional tone out of the park, with some laugh-out-loud jokes, some dramatic scenes of a family breaking apart, and even some crazy movie references, including Goodfellas. Of course, there is a bit of toilet humor added in, but it all works perfectly and is blended into a nice heart-warming piece with an important message of keeping life simple and valuing family and love.

Think Like A Dog is also self-aware, almost breaking the fourth wall in certain moments, but instead, Junger adds some wonderful inside jokes about his actors in the film, where the characters have a jab at themselves in Hollywood life. Duhamel and Fox turn in very good performances and the lovable canine actors are a joy to watch, along with Stashwick's fantastic comedic voice work that brings Henry to life in a series of wonderful dog jokes. Additionally, this film and movies like it usually have forgettable filmmaking styles with no pizzaz or original stylistic bone in its body, but again, that's not the case here. There are many camera movements and angels that Junger creates that evokes the style of Sam Raimi, Michael Bay, and Martin Scorsese, which keeps the energy alive and full throughout the film and is much welcomed.

Think Like A Dog is that super underrated movie that is a rare treat upon viewing.

Think Like A Dog takes a walk to digital video on demand through all major digital retailers with a 4K UHD transfer in 2160p and Dolby Digital 5.1 audio track. There are a couple of bonus features. 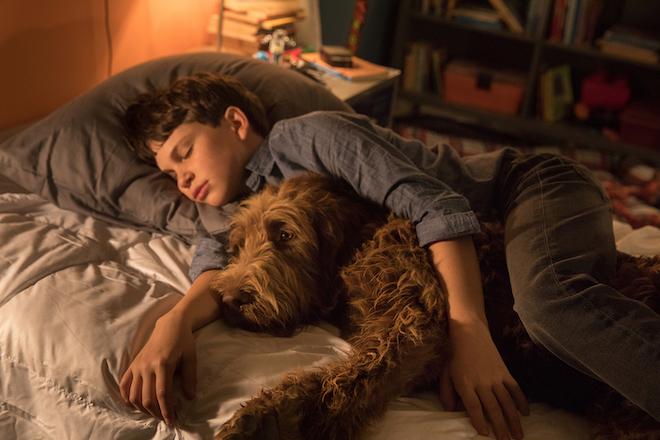 Think Like A Dog comes to life in 4K UHD with HDR and looks excellent with a bright color palette and vivid detail throughout.

The colors are bold and rich in this digitally shot move with wonderful primary colors at every turn. The human actors all wear pastel color shirts throughout the film the mix well with their brown shaggy dog. Exterior shots of their neighborhood look good with varying shades of green in the trees, brown trunks, and clear blue skies. The HDR enhances a lot of the colors, especially in Henry's different shades of brown fur that looks amazing. Another hot spot for color is at a China technology conference in a wonderful room that has a ton of neon lighting, colorful books lining a brightly lit white wall. Also, the staircase at this conference has a ton of LED lighting that is astonishing and pops with bursts of color. Black levels are deep and inky during the rare nighttime sequences and in the jet black ominous SUVs. The skin tones are always natural too.

The detail is sharp as well with revealing close-ups that showcase facial pores on the human actors, wrinkles, individual strands of hair, and makeup blemishes very well. The individual pieces of fur on Henry stand out nicely too. Textures in the clothing and on the dog's nose look excellent as do the background props and sets. The visual effects never look soft either, but rather realistic and strong. Lastly, there were no issues with banding, aliasing, or video noise to speak of. 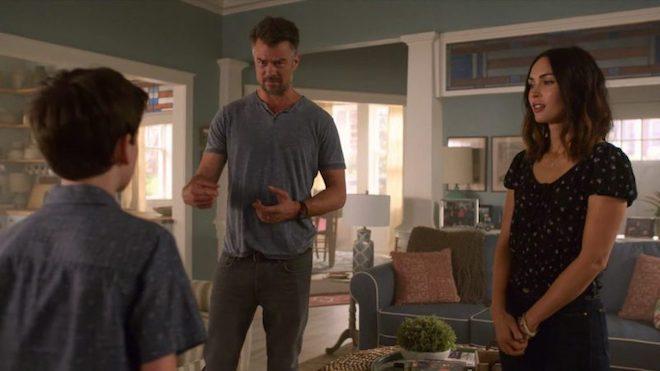 Think Like A Dog comes with a Dolby Digital 5.1 audio track and sounds great for being a light-hearted comedy. Most of the film is centered on the front speakers, being mostly a spoken word comedy film, but there are a few surprises that give the speakers a solid workout. A few lightning strikes and lamp posts explode providing a low end of bass that has a nice rumble to it. Vehicles have good roaring engines as well.

There a few sequences that take place inside a giant room with hundreds of people, which allows the rear speakers to pick up all the laughter and chatter between people. The distinct sounds of puppy paws hitting the floor or concrete sound great and when dialogue or barks are spoken, the directionality is spot on. The pop score always adds to the energetic ambiance of the film as well. There are no audio problems to speak of either. 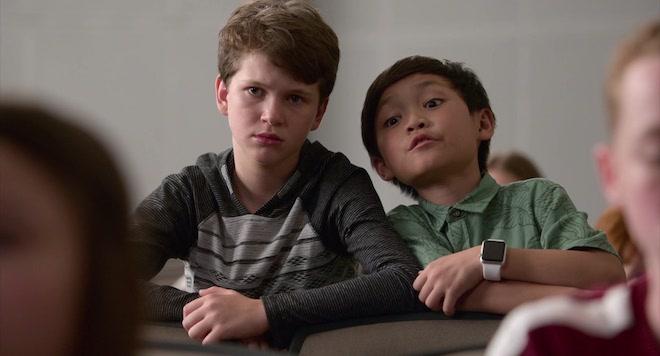 There's only one extra along with a feature commentary which is both worth your time. 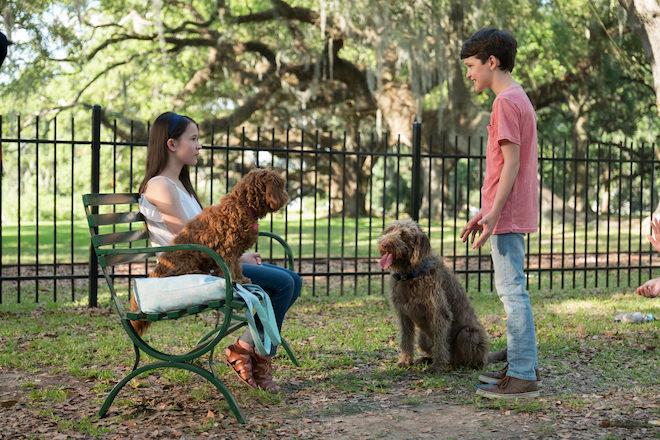 Think Like A Dog is an unexpected gem of a film that is highly funny, sweet, and charming that comes with a good message for everyone. It's rare that a film comes with this many fun surprises. The video and audio presentations are both good and the two bonus features are worthwhile. HIGHLY RECOMMENDED!