Scoob! follows a newly invented Mystery gang as they set out on an adventure across the globe to try and stop Dick Dastardly and his evil robots. This fully animated feature brings in new and old characters with a brand new voice cast that mostly misses the mark on every level. The 4K with HDR looks amazing and the DTS-HD 5.1 audio track sounds great, along with a few silly unimportant bonus features. Worth A Look. 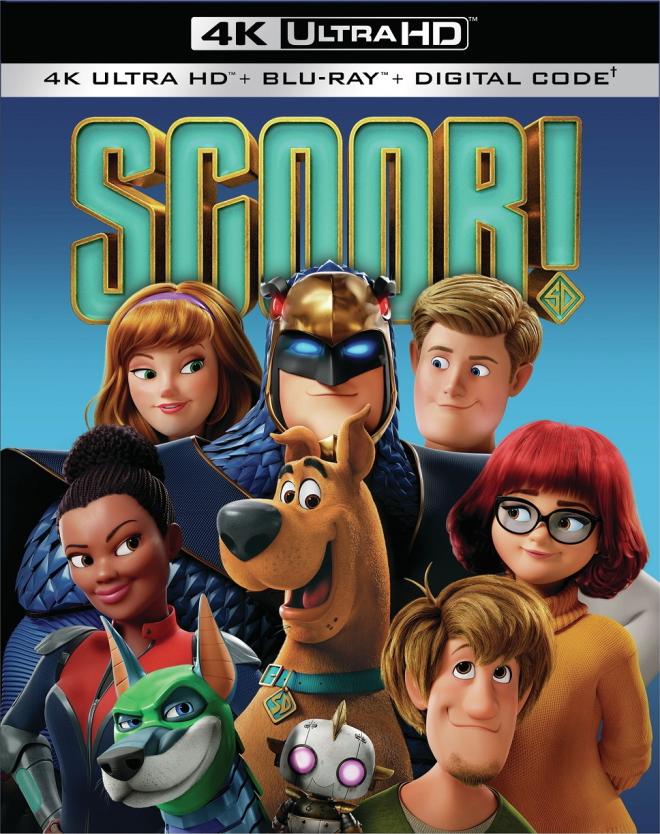 Scooby-Doo has been a delight in households for more than five decades with a long-running animated cartoon, numerous toys, stuffed animals, big Hollywood feature films, and even some crossovers with the DC Universe and pro-wrestling superstars in the WWE. Oddly enough, Scooby and the Mystery gang have never had a fully animated feature film release in theaters until this new reiteration called Scoob! that has a new voice cast and too many cooks in the kitchen that result in a jumbled mess of whacky adventures.

Animation veteran Tony Cervone takes the reigns on this remake with no less than six writers trying to tackle this simple story, which is probably why the film seems to cater to nobody in particular and has a wide array of characters and non-sensical action beats. Scoob! starts off with fantastic intentions with an origin story of how a young Shaggy meets and befriends the small pup he names Scooby Dooby-Doo. It goes further and reveals how the inseparable pair meet Fred, Velma, and Daphne on Halloween, where the new friends enter a haunted house, get spooked and solve a mystery together.

After a wonderful throwback to the opening sequence of the original show, everything nose dives fast as the story fast-forwards ten years later with the actual Simon Cowell entering the picture wanting to invest in Mystery Inc., however, he won't work with Shaggy or Scoob for fear of friendship. From here, the gang tries to solve mysteries with their idols Blue Falcon, Dyno-Mutt, and Captain Caveman while dodging the evil destruction by Dick Dastardly, miniature evil robots, and UFOs. There's even a subplot of who Scooby-Doo's ancestors are in ancient Greece, but it's never fully explored.

One unfortunate element here is the voice casting. Matthew Lillard and Grey DeLisle have been voicing Shaggy and Daphne since the 1990s to universal acclaim and actually love these characters, but the two were never called back and instead, Will Forte and Amanda Seyfried are their replacements. While decent enough, there is something missing from their voice performances that Lillard and DeLisle brought to the screen. To add insult to injury, the great Frank Welker who has voices Scooby and Fred since the 1960s was only asked to come back for Scooby-Doo, but was replaced by Zac Efron for Fred, resulting in bland and uninspired voice performances.

Other actors including Mark Wahlberg, Ken Jeong, and Tracy Morgan turn in fun performances for smaller roles, but again, there are too many other side characters and foolish activities that make this movie feel like its only goal is to sell merchandise to young people, which is a shame because the first few minutes of Scoob! is superbly charming. If the studio kept it down to one writer and kept the story simple, perhaps Scoob! would have been the remake fans have been wanting for years now.

Scoob! scurries its way to 4K Ultra HD + Blu-ray + Digital Copy from Warner Bros. Both discs are housed inside a hard, plastic black case with a cardboard sleeve. There is an insert for the digital copy as well. The artwork features the animated characters in smiling poses. 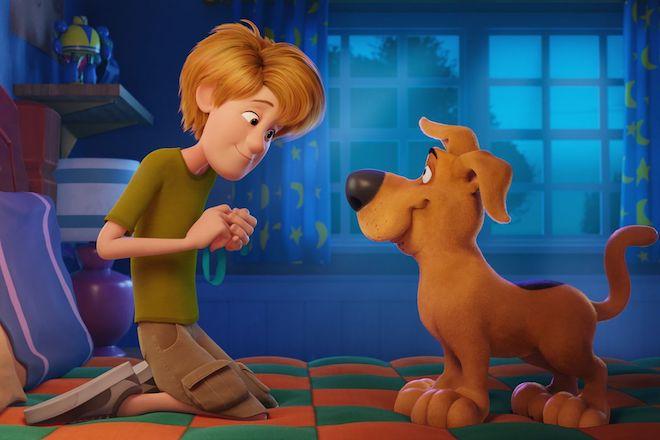 Scoob! snacks its way to a 2160p UHD 4K transfer with HDR10+ that looks phenomenal and is a good upgrade from the Blu-ray version. Even though Scoob! was finished in 2K, this new 4K transfer boasts an amazing color palette with some decent animated detail.

The color palette is bright and vibrant right from the start with sunny exterior shots on a beach that has all the necessary primary summer colors of a packed coastline of people enjoying the sun and water. The neon lighting at the bowling alley and the creepy color scheme of a theme park all look wonderful and have different color patterns that hone in on a certain tone for each scene. The HDR really picks up the nuanced colors and varying shades of blue in Blue Falcon's presence as does the red and orang lava in Dastardly's lair. The iconic outfits on the Mystery gang all stand out nicely giving a bold shine in every lighting condition. Black levels are rich and never crossover into any murky waters.

The detail is sharp, but given this kind of animation, there isn't much texture on display like there is in a Pixar film. Most of the individual hairs and clothing textures are flat and smooth with only a small amount of detail, but that's the style of the animation and not a transfer issue. That being said, the lighting effects and glows around neon signs look excellent with a fluid motion of animation in every scene. There is a small amount of banding in a couple of spots, but other than that, this is a wonderful looking video presentation. This 4K image is the best way to watch the film. 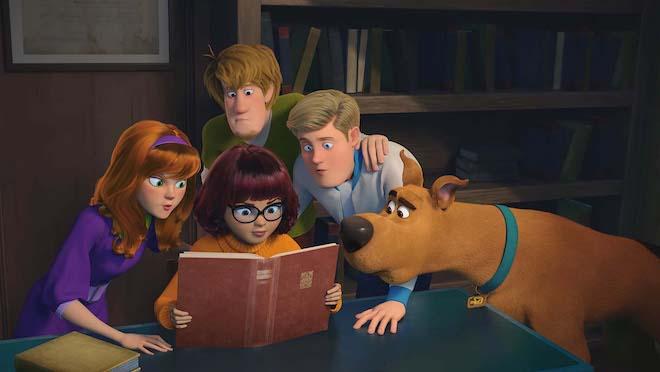 Scoob! comes with a lossless DTS-HD MA 5.1 audio track that sounds phenomenal. Unfortunately, there is no 7.1 or Dolby Atmos option, because those tracks would have only enhanced the viewing experience. Still, this 5.1 offers up a wide dynamic range of robust sound effects and ample bass that rocks the soundscape. Sound effects of the Mystery van driving down the road, the paranormal activity, especially in Greece are explosive and loud on all speakers.

The surrounds completely utilize every nuanced noise with precision and balance from people talking in the background and atmospheric noises in large spaces. The reverb and cavernous speech stated by Dastardly in his lair sound authentic and great, while the other dialogue is crisp, clear, and easy to follow. The music of the film always adds to the adventure in a pop-music kind of way as well. The bass kicks into high gear quite often too in the larger action sequences without any rockiness. There are no audio problems with this mix.

There are about 43 minutes of bonus material, none of which is informative or focuses on any behind the scenes, but is rather filler content.

Scoob! had good intentions, at least in the first few minutes of the film, but ultimately, with a ton of different writers and no real path for the story to go down, everything and the kitchen sink is thrown in to try and satisfy all viewers, which resulted in an unsatisfied feeling. There are a few good and nostalgic moments here and there, and visually speaking, the movie is stunning, but the movie just doesn't work. The 4K presentation looks remarkable, the audio track is very good, but the bonus features are less than thrilling. Worth A Look.