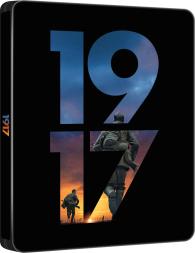 In 1917 at the height of the First World War, two young British soldiers, Schofield (MacKay) and Blake (Chapman) are given a seemingly impossible mission. In a race against time, they must cross enemy territory and deliver a message that will stop a deadly attack on hundreds of soldiers—Blake's own brother among them. 1917 comes to Digital, 4K Ultra HD, Blu-rayTM and DVD with bonus content showcasing the incredible craft and artistry behind the immersive feature, including a detailed look into the production design, how the film engineered a one shot, 360-degree format and interviews with the cast and crew.