We didn't turn Angelina Jolie into a newt last time, so she's back in Maleficent: Mistress of Evil, where she comes head to head with another evil queen right before her daughter's wedding. This 4K Ultra-HD Disc comes with HDR, Dolby Atmos, and a few short bonus features that should satisfy some viewers. For me though, it's a different fairy tale. Worth A Look. 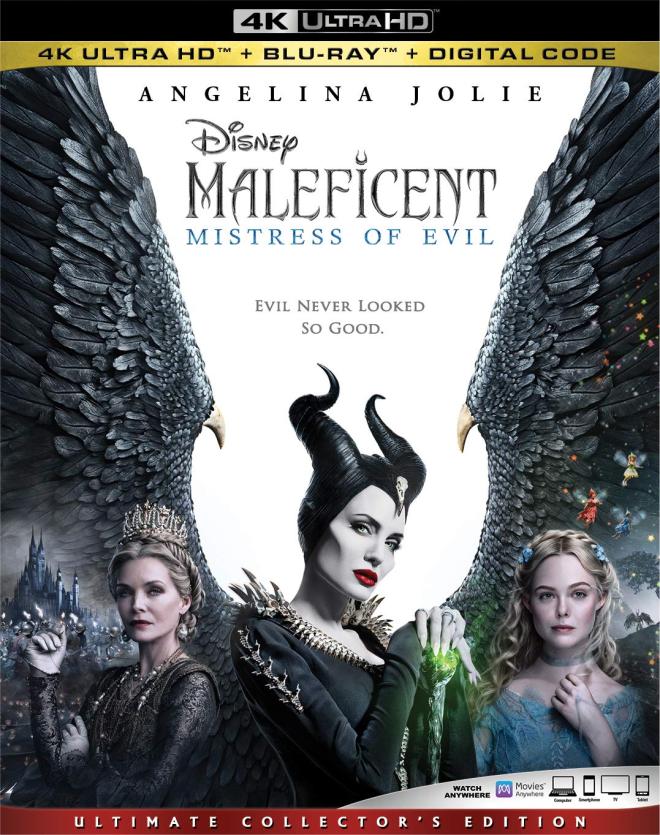 Half a decade later, Angelina Jolie is back in with horns and wings in the Disney sequel Maleficent: Mistress of Evil. In most sequels, one would try to amp up the stakes, tell a different story, and go a new direction by somehow furthering past characters. I guess director Joachim Ronning and writer Linda Woolverton missed that memo and stuck with the old familiars and ultimately forgot to add any sort of suspense or peril to these conflicts. Still, the heavy CGI-laden scenes, packed with sweeping camera shots, and a grand-style lens gives this sequel some visually stunning shots. But in the end, this two-hour fairy tale is best viewed as a straight out vulgar comedy than anything serious.

Stay with me here. If you watch Maleficent: Mistress of Evil as a bachelorette party/wedding gone wrong type of movie, you're gonna have a good time. Since the first film, Maleficent has had her wings tucked between her legs. For the first 45-60 minutes of this second installment, Jolie is a sneering, quiet, and pitiful woman. It's not until after this that she gets some big screen time to become the most Angelina Jolie she can be. But the movie focuses more on Maleficent's adopted daughter Aurora (now a 20-year-old Elle Fanning).

Aurora is set to marry Prince Phillip as the two royal young adults are madly in love, while their personal fairies swoon over them. Leave it up to the sinister Queen Ingrith (Michelle Pfeiffer back from the Quantum Realm) to meddle with these young lovers before their wedding. After some back and forth, Maleficent ends up somewhere tropical where Chiwetel Ejiofor shows up. Now the plans are in place for a big assault on Ingrith's big castle and a wedding with some kisses and bloodshed are abound. So basically the same movie as Bridesmaids, but with witches, dragons, and fairies.

The trouble with the film though is that every single conflict and fairy trope is checked off the box and is overly predictable. There is no sense of dread, danger, risk, or jeopardy at all with any character. The whole movie is paint-by-numbers in a very stale fashion, which is strange because the all-out war in the climax of the film is on a big scale, but it isn't earned or even feels remotely distressing. In fact, just the notion of actually standing at the altar and saying the words, "I do" is more strenuous than this film.

There are a lot of questions the filmmakers and writers could have answered here too, such as to the character dynamics of Maleficent. Is she an anti-hero? Would she rather sway to the dark side or stay neutral good? This would make for some good storytelling and forwarding some much-needed development in this character, but the film would rather stick to its dry-aged roots and get to the next action beat than explore anything meaningful.

Still, when Jolie is on fire, she owns the screen and is still a pleasure to watch her acting chops dominate all over. Visually pleasing, but lacking in story, I'm sure the very young audience will eat it up, but for the rest of us, we can only hope for a day where Quentin Tarantino shows up at Disney to write their screenplays for their iconic fairy tales.

Disney delivers a two-disc set with a BD-66 4K Disc and the 1080p HD Blu-ray along with a digital code. The discs are housed in a hard, black plastic case with the artwork of the three lead actresses. The cardboard cover is the same. There is also an insert for Disney Movie Rewards. 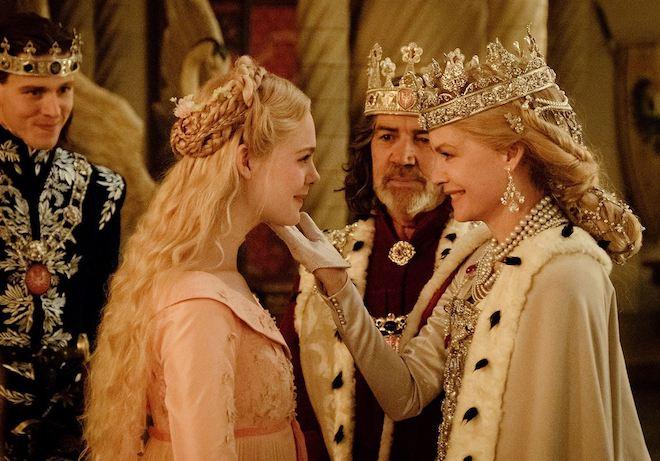 Disney conjures up its magic for Maleficent: Mistress of Evil with a 2160p Ultra-HD presentation in HDR10. The upgraded color gamut and detail looks fantastic and is a noticeable uptick from the 1080p Blu-ray.

The first thing that'll come to your attention will be the enhanced color spectrum. These colors are bold and well-balanced in each of the film's darker settings. Colors of the green magical smoke or orange fire embers certainly stand out with varying shades of each respective color. The heavy makeup on the actor's faces all look a bit more intense while their costumes all pop with color, whether it be in a cave or on a sunny exterior. The HDR palette gives the image a darker feel to it, which keeps in line with its gloomy tone, but also allows for a more genuine look to the whole picture that is slightly cooler in lower lit scenes. Black levels are inkier without covering up any detail and the skin tones are natural and less anemic than the 1080p transfer.

The detail brings out the sharpness in each texture with vivid clarity. The costumes reveal the detailed threads and stitching very well and makeup effects look quite superb with facial lines, pores, and wrinkles coming through nicely. Individual hairs on the actor's heads and faces all stand out and the textures in the horns and bones that are scattered throughout look realistic. Wider shots of propr and background set pieces to show all of the necessary upgrades in detail. Being a CGI heavy film, I expected the image to have a softer side, but that never came to fruition as each visual effect had depth and a certain crispness that really defined each scene.

Lastly, there were no major issues with aliasing, banding, or video noise and is quite striking to look at in 4K. 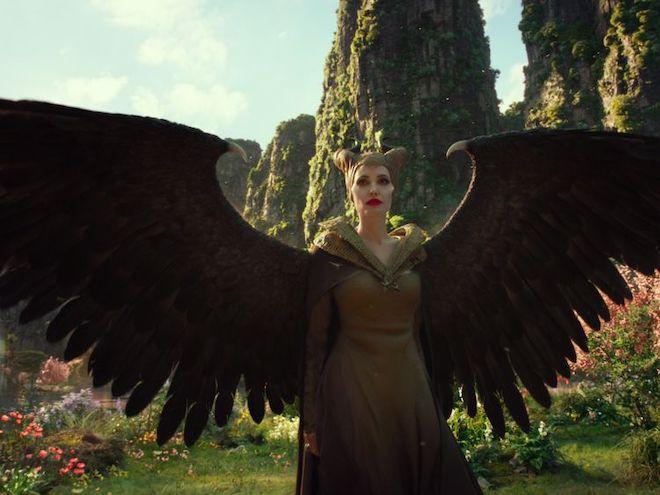 Disney casts the Dolby Atmos spell onto this Maleficent: Mistress of Evil release in 4K and it sounds great. Like other Disney releases, you might have to adjust your volume a few notches higher to get the normal desired level, but once there, it's a fuller and more robust sound experience than the Blu-ray's 7.1 track.

Sound effects are mesmerizing throughout with the many different nuanced noises of building armies and forging weapons for a large battle all sounds wonderful. Every clank of a metal object magical uproar is well-balanced and loud. Bigger effects such as the war itself with elements flying overhead give way to the height speakers, all transitioning from speaker to speaker smoothly. All of the explosions create the necessary low end with a nice rumble of bass that never sounds overbearing. Quieter moments provide some amazing reverb and large room awareness where you can hear perfect echoes in different chambers all through the speaker system with excellent directionality. You don't get this on the 7.1 track from the Blu-ray.

The score always adds to the suspense and magic of each sequence but is ultimately forgettable in the long run. Dialogue is clear and easy to follow along with and free of any audio problems. 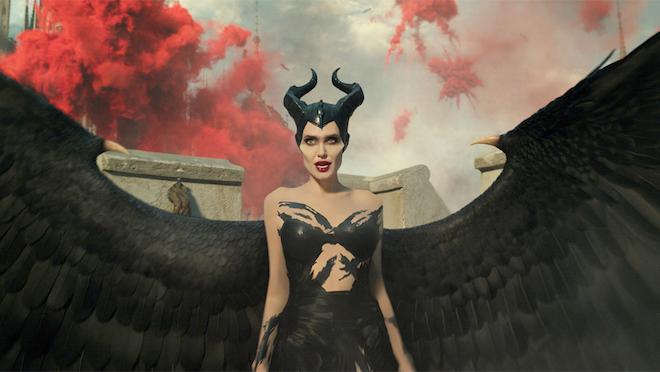 There are roughly 20 minutes of bonus features included on the Blu-ray. No extras appear on the 4K Disc. Nothing too much of note here other than some quick mentions of visual effects. 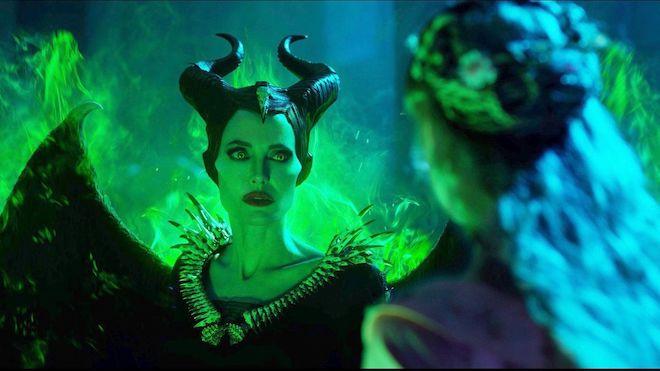 Maleficent: Mistress of Evil looks good on paper with having a big battle with creatures, Angelina Jolie, and a Disney wedding to top it off. Unfortunately, it's all surface material and big action sequences with a tiresome plot that has virtually no suspense. That being said though, this 4K Ultra-HD image with HDR and a Dolby Atmos audio track sounds phenomenal. Bonus features are short and scarce on the information side of things, but kids should get a kick out of them. Worth A Look.