Superman: Red Son is the new DC animated film that tells the story of Superman if he was sent to Russia instead of Kansas and raised under the rule of Stalin. With a 4K Ultra-HD image with HDR10 and a DTS-HD 5.1 audio mix, along with some fantastic bonus features, this film comes Highly Recommended! 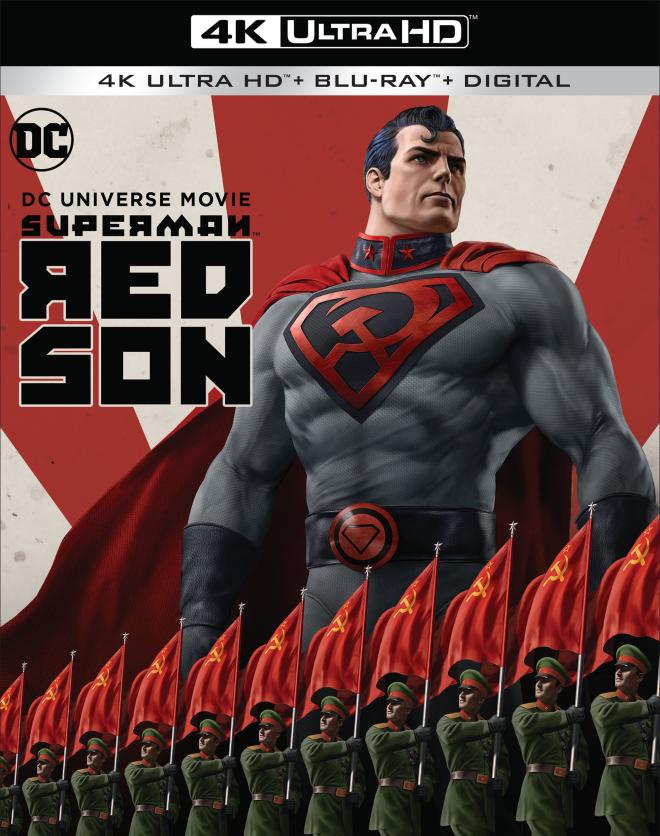 The latest installment in the DC Animated Universe is Superman: Red Son, an animated film based on the award-winning comic book miniseries from 2003 by Mark Millar (Kick-Ass, Civil War, Kingsman). It's no secret that Warner Bros. and DC have been cherry-picking the best stories to adapt in this animated world over the last few years, but with Red Son, this might be their best adaptation yet. Superman along with well-known enemies and allies from the DC Universe all make appearances in Red Son, however, it's unlike they've ever been portrayed on paper or film.

Superman: Red Son is an alternate storyline in the DC world where Superman landed in Soviet Russia in the mid-1900s instead of Kansas and was brought up and raised in Russian culture and bred to protect communism under the rule of Joseph Stalin. This sets up the United States to abandon plans for a nuclear arms race to worrying about superhumans. President Eisenhower enlists the help of Lex Luthor to create a security measure to counter Superman, which is dubbed Superior Man.

Meanwhile, Brainiac is on the attack, and a much more violent and terroristic Batman is causing havoc. Luckily, Superman has Wonder Woman to help as well as Hal Jordan and the Green Lantern ring join the fight against Superman. It's a topsy turvy world in Red Son, but it's one with rich history and storytelling that culminates in a worthwhile conclusion in the comic books, as well as in this different movie version.

Filmmaker Sam Liu (Suicide Squad: Hell To Pay, Batman: The Killing Joke) is in the director's chair once again and does a great job with converting Red Son from a three-issue comic book into an 84-minute feature film. It's no easy feat as this story spans several different decades and introduces plenty of characters, but there's no confusion that sets in with its story or characters. That being said, there are a few sequences that start and end far too quickly that could have benefitted from a little more time to develop a bit more conflict. Still, being an adaptation from page to screen, this film does it right more often than not.

The simplistic animation style is still intact and the voice acting from Jason Isaacs, Diedrich Bader, and Phil LaMarr is top-notch in this current state of DC animation. The score by Frederik Weidmann is wonderful as well, bringing in that Russian sound to already familiar themes. Superman: Red Son brings a dose of peace and humanity to Russian history in the form of superheroes and it worth the time.

Warner Bros. delivers Superman: Red Son to 4K UHD in a two-disc 4K UHD Blu-ray + Blu-ray + Digital set. The discs are housed in a hard, black, plastic case with identical cardboard slipcover of some wonderful artwork. There are a couple of inserts for the digital code and survey.

Superman: Red Son speeds its way to 4K Ultra-HD disc with a 2160p transfer and HDR10. This animated film is colorful and is a good uptick from the Blu-ray version.

While the source material was not made in 4K, this Ultra-HD image looks outstanding. Colors are bolder and more nuanced with its HDR in play. Large shots of the city and skyscrapers give way to a vast amount of different grays, silvers, and blues, while bright primary colors pop off-screen in the superhero outfits. Soviet uniforms of an olive green mixed with a darker shade of red contrasts nicely with Superman's gloomier red and blue costume.

Big explosions and action sequences showcase orange, red, and yellow very well in the fire and embers that fall. Facial colors look great and have the appropriate shadows everywhere. Black levels are deep and inky as well, and never bleed or contain any crush.

There's not much detail in DC/Warner Bros. animation, but there's enough to get by. Just don't expect a ton of textured animation in these films. Compression issues and artifacting are pretty much non-existent in this 4K version. 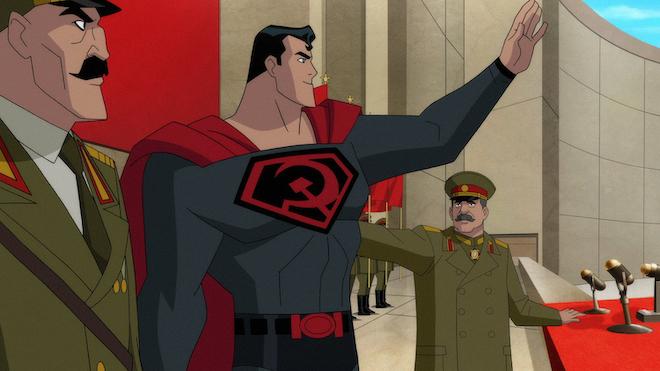 Superman: Red Son boasts a very good lossless DTS-HD MA 5.1 audio track that delivers on action and some of the quieter moments. Sound effects are robust and constant throughout, flowing through each speaker with a well-balanced sound. Explosions, bullets, punches, and takedowns all pack a good punch with some fantastic directionality. The low end comes into play during the heavier action scenes with vehicle engines roaring and missiles taking off and destroying their targets. All of Superman's alien powers have the necessary reverb and great sounding noises as well.

Ambient sounds in the city of people walking and talking sound off nicely on the rear speakers as well. The score by Wiedmann always adds to the suspense and cold war mentality of the time, which never drowns out any other sound element. Dialogue is presented cleanly and free of any audio problems. This is an English track, however, the lack of a Russian audio mix is sorely missed, given the premise. 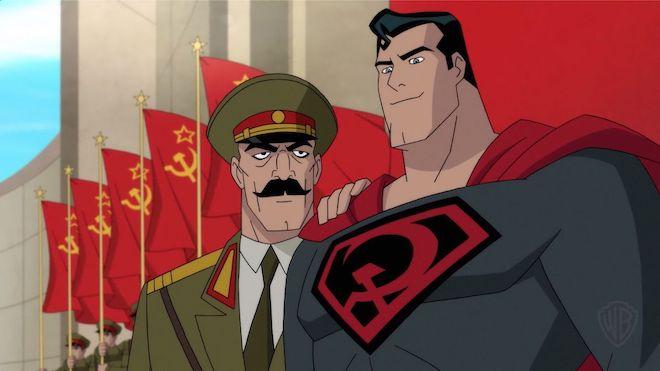 There are about 114 minutes of bonus material here, including some great behind the scenes footage, interviews, and history lessons on Russia, along with some extended trailers, and old episodes of DC cartoons. 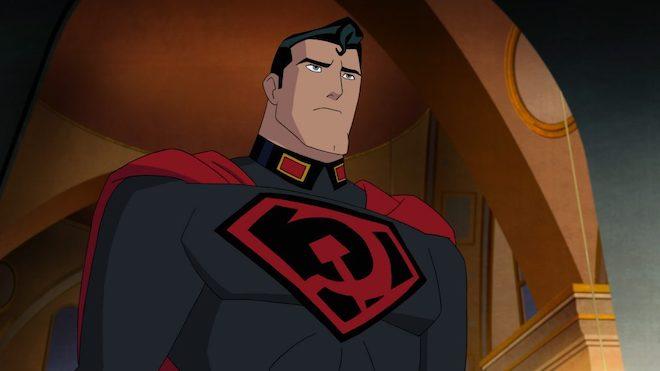 Superman: Red Son is one of the better comic book stories of recent memory. It's original and pits some fan-favorite characters on the other side of the spectrum. The film adaptation is top-notch, despite some glaring differences from the original source material.  The 4K video and lossless audio mix are great and there are some wonderful bonus features to boot. This comes Highly Recommended!