As with all things in Hollywood, one good hit deserves a sequel - whether it needs one or not. Finding Dory brings back the colorful fishes of the sea with Marlin, Nemo, and our favorite cognitively-challenged Blue Tang - Dory. While fun and entertaining, Pixar wasn't quite able to capture lightning in the bottle twice. But that doesn't stop Disney/Pixar from releasing a beautiful 4k UHD HDR10 disc with a slick Atmos mix to match. It may not be the studio's best, but it's a great ride and a worthy addition to the collection. Recommended.

"We see the undertow and we say?"

Nemo (Hayden Rolence) is found, Marlin (Albert Brooks) is calming down, and Dory (Ellen DeGeneres) is having a grand time on the reef with her new family. Family… family… where did she put them? After a sudden surge of forgotten memories, Dory tears off into the ocean to find her family with Marlin and Nemo in tow. Ending up in a high-end aquarium in California, Dory discovers why she's able to read English, speaks whale, knows random facts like why Octopuses… or rather an escape-focused Septapuss like Hank (Ed O'Neill) has three hearts. But will she find her parents after all these years away from her home? 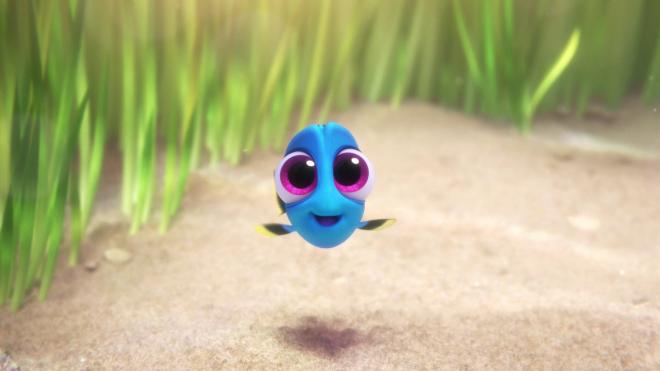 For such a fun film, the worst thing I can say about Finding Dory is that it feels uninspired. Like a comedy that's trying to tell the audience the same jokes twice, Dory feels like a greatest hits reel from the last movie. The movie starts out on the strong foot by showing young Dory getting lost and trying to find her family only to be adopted into Marlin and Nemo's home. It's a nice way to redefine the notion of "family" not as the people you're genetically related to but accept you for you. The film plays with this theme a little bit, but it doesn't explore it in a meaningful way. It's too content to let a myopic whale shark, a beluga with sonar issues, and a seven-legged escape-hungry octopus distract and entertain with antics.

Antics is what Finding Dory offers its audience. Things are fun, there's a great energy, but where the first film had an emotional heart center to keep it grounded, this one is content to just be what it is. It's safe entertainment and fun for an evening, but it isn't a true classic that you'll remember for the next thirteen years between sequels - should another fish character need finding.

Finding Dory finds its way to 4K UHD thanks to Disney/Pixar in a three-disc 4K UHD Blu-ray + Blu-ray + Digital set. Housed in a standard two-disc black case with identical slipcover, the 4K disc comes stacked on top of the bonus disc. The disc loads to Disney's standard language menu before arriving at a sub-menu that lets you skip directly to the main feature or scoot on over to an animated main menu with traditional navigation options. 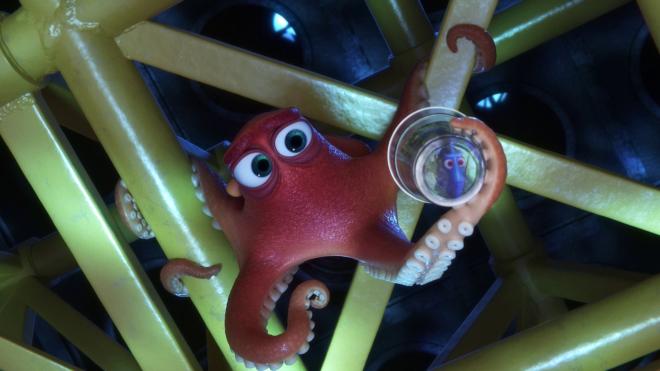 As another fairly recent release from Pixar, Finding Dory locates a splendid 4K UHD Blu-ray with HDR10 transfer. This was another release like Inside Out where I really enjoyed the 3D Blu-ray and didn't think that could be topped - but damn the colors here are fantastic. True you lose that great sense of depth of the 3D -- which was a lot of fun in the aquarium -- but we now gain some really impressive hues and a slight improvement in character definition!

As with most of Pixar's films to date, they're finished on 2K digital intermediates so the overall image clarity and details don't drastically improve from Blu-ray to 4K - especially with early outings like Ratatouille or the first Finding Nemo. However, after going thought Inside Out and now Dory, the more recent and refined animation opens up some fine details. The bags and wrinkles under Hank's eyes stood out as did individual scales or the details of the tiny grains of sand along the shell trails to lead Dory home as a 'lil fish felt like they popped with much more clarity. This isn't night and day, but I felt like I was seeing more of the little pieces of the picture.

Colors, black levels, and contrast are where Dory finds the biggest benefits with HDR10. Colors really pop with this one. Dory's bright blue color, her yellow fins, the white stripes against the orange bodies for Nemo and Marlin were really vivid. Hank's red tones were also highlights. Ty Burrell's sonically challenged Bailey really popped without any unwanted blooming. Underwater sequences allowed the characters and objects to give off that distinctive glow as seen in Nemo. Black levels are on point, but there wasn't as much deep black here. The best sequence of black level activity is probably when Dory and Hank infiltrate the Open Ocean exhibit where the only light comes from the fish tanks giving everything this really cool blue shading that slips back into solid black.

As I said, was cool with just the 3D disc but this new 4K UHD presentation of Dory wins me over. For such a bright colorful film, that extra color space really kicks things up nicely. 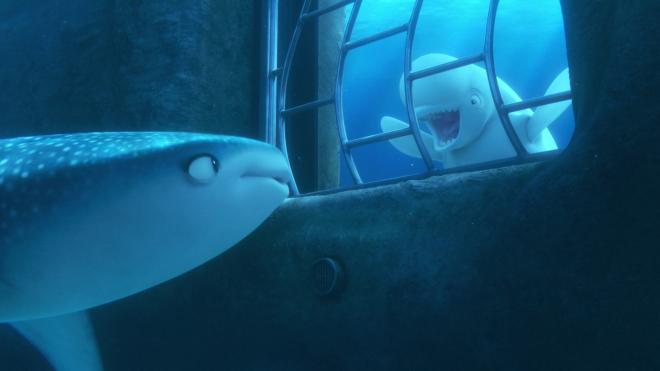 Sonically speaking, Finding Dory comes home with nicely improved and aggressive Dolby Atmos audio. Released theatrically with Atmos, it's again nice to hear that Disney seems to have course-corrected on the soft audio tracks because this one didn't require any tweaking or drastic boosting. The immersive qualities of the format come out practically from frame one. While the flashback to the happy days with Dory's mom and dad aren't that action-packed or aggressive - the swirl of ocean water and the low rhythmic swaying really keep all channels active.

Dialogue is clean and clear throughout with more wonderful scoring by Thomas Newman. Dialogue and primary sound effects keep the fronts and immediate sides active while rears and overhead-firing give the mix a strong sense of object placement. Doing some disc flipping to roll back key sequences, the distinctions between this mix and the older DTS-HD MA 7.1 track is most notable during the more action-focused scenes. When little Dory gets swept into the undertow or the Turtle cameo or the big swirling Open Ocean tank really pop the overhead and immersive qualities. The big final escape sequence is another amazing highlight of surround activity coupled with terrific LFE.

As with some of these other Atmos upgrades, I wouldn't have complained if Disney kept the original DTS-HD MA 7.1 track. It was solid material for its time and remains an aggressive mix, but I gotta say it's good to hear a properly mixed Atmos track that pulls you back into the theatrical experience. It may not be the most action-packed mix, but where it counts in creating an immersive quality it's really great stuff! 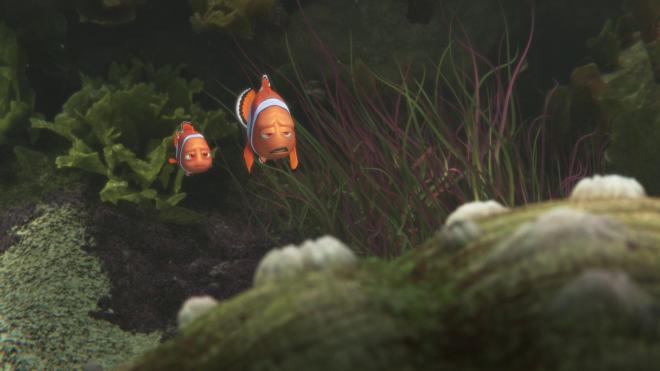 All of the original bonus features are spread out between the included SDR Blu-ray and the bonus features disc. If you haven't dug through everything before there's some good stuff here. 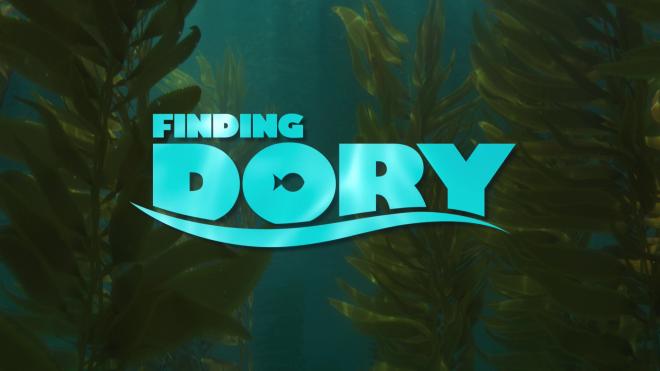 Considering Finding Nemo was regarded as one of the best works of animation ever made when it came out, it's a bit of a bummer that Finding Dory just doesn't carry that same spark of imagination. It's a fun film with plenty of adventure and heart, but it's not of the same caliber of the original or some of the other recent releases from Pixar.

Dory finds her way onto 4K UHD with pretty terrific results. HDR10 gives the image a wonderful boost in colors and black levels while the Atmos mix keeps the audio immersive and engaging throughout the show. The film may not be the best, but it's a worthy addition to the 4K collection. Recommended.

Sale Price 13.33
List Price 39.99
Buy Now
3rd Party 9.33
In Stock.
See what people are saying about this story or others
See Comments in Forum
Previous Next
Pre-Orders
Tomorrow's latest releases