Serving as one of Disney's better live-action remakes, Kenneth Branagh's Cinderella is an old-fashioned yet heartfelt take on the timeless fairy tale. Resisting the urge to revise the classic story too much, the film tweaks the narrative and characterizations just enough without losing the simple yet joyous magic of the original animated movie. This new 4K Ultra HD Blu-ray features a beautiful HDR10 transfer and a solid Dolby Atmos audio mix, offering a welcomed upgrade over the previous HD release. And while there are no new supplements, the technical improvements here should still please fans. Recommended. 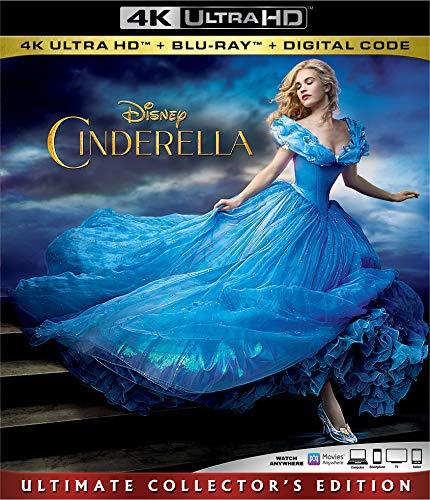 As Disney continues to flood theaters with a wide assortment of live-action remakes based on its popular animated classics, director Kenneth Branagh's 2015 version of Cinderella remains one of the studio's best adaptations. Fueled by a heartfelt and sincere message about kindness and courage, the film brings a little extra dimension to the cartoon without losing sight of the original story's old-fashioned charm. Like the 1950s classic, the script focuses on a good-natured young woman, Ella (Lily James), who is cruelly mistreated by her wicked Stepmother (Cate Blanchet) and stepsisters before a visit from her Fairy Godmother (Helena Bonham Carter) changes everything. But unlike that previous version, this iteration of the narrative presents Ella as a more active protagonist, and her romance with Prince Charming (Richard Madden) places both characters on more equal footing. Add in some rather gorgeous visuals fueled by Branagh's sweeping cinematic style, and the whole experience becomes a simply enchanting celebration of love, compassion, and magic.

For a more in-depth take on the film, CLICK HERE to read our original review of the previous Blu-ray release.

Disney brings Cinderella to 4K Ultra HD Blu-ray on a BD-66 disc housed in a standard keepcase with a cardboard slipcover. The package also includes a regular Blu-ray with the film in 1080p, along with all of the supplements. An insert with instructions for a Movies Anywhere digital copy is also featured, offering access to a 4K HDR10/Dolby Vision and Dolby Atmos digital version of the film through supported services. At startup, users are prompted to select a desired language. Skippable trailers then lead to a basic menu. 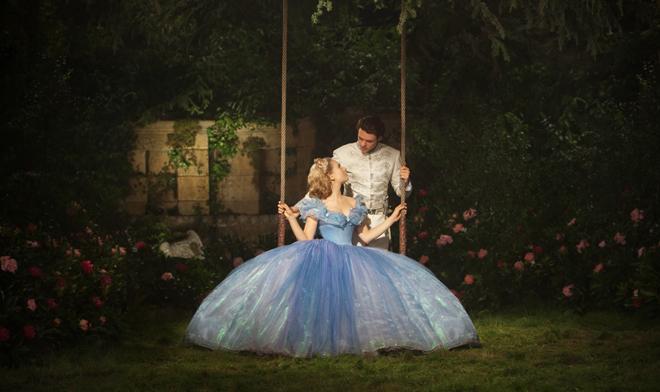 The movie features a 2160p HDR10 HEVC H.265 video transfer in the 2.35:1 aspect ratio. Offering a pleasing upgrade over the already beautiful standard Blu-ray release, this is a rather gorgeous 4K HDR presentation.

Shot on a combination of 35mm film and digital cameras, and then finished in 2K resolution (according to IMDB), the upscaled image here features a lovely layer of light to moderate grain throughout, giving the picture some pleasing cinematic texture. Likewise, the grain can appear just a hair finer and more natural in several shots compared to the HD transfer. Meanwhile, overall detail benefits from some solid improvements in clarity, especially in wider shots. Faces and textures on clothes tend to have a comparatively blurry look in wide compositions on the Blu-ray, but on the 4K transfer they appear noticeably sharper. An early shot of Ella's mother standing outside by the door to her home and several shots of Ella and the Prince walking from a distance are all good examples, revealing better defined patterns and features. All of the elaborate costumes and production designs also benefit nicely from an uptick in fine detail and depth, rendering every nook and cranny on the film's golden pumpkin carriage.

Colors and contrast feature an appropriate expansion as well thanks to the wider gamut and HDR10 grading, bringing out some extra shades and greater depth in lush greens, blues, and yellows. Specular highlights are also more pronounced and balanced without sacrificing detail. The aforementioned shot of Ella's mom outside is a perfect showcase, revealing details on her clothing in the sunlight that were otherwise blown out on the SDR transfer. The Fairy Godmother's sparkling magic, Ella's glittering dress, glowing torches at night, and exploding fireworks all radiate from the screen with sumptuous brilliance as well. With that said, as with the standard Blu-ray, black levels still appear just a hair elevated in some shots. Thankfully, I did not detect any of the minor banding or shimmering I encountered on the original Blu-ray.

Offering a welcomed uptick in apparent detail, color, contrast, and stability, this is a sumptuous 4K HDR10 transfer and a very worthy visual upgrade over the film's 1080p SDR counterpart. 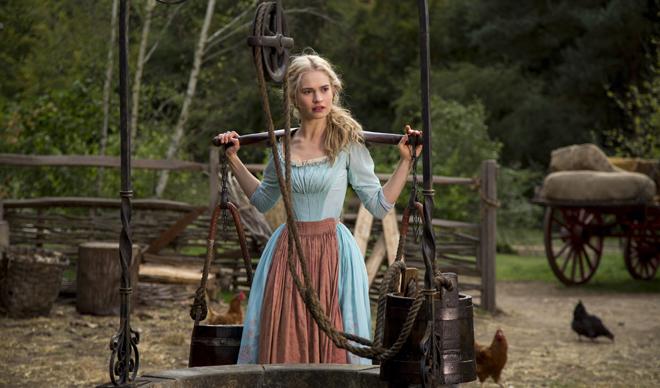 For this Ultra HD Blu-ray release, Cinderella boasts an English Dolby Atmos (Dolby TrueHD 7.1 core) track. And while the new mix does offer some added immersion compared to the original DTS-HD MA track, it's not quite as enveloping as the very best Atmos mixes.

Dialogue is clear, clean, and well prioritized throughout with no major technical or balance issues. As a whole, the overall soundstage is very similar to the previously reviewed DTS track, offering a comparable storybook atmosphere with layered ambiance and effects work marked by chirping birds, squawking geese, and galloping horses spread throughout the room. Surround use is lively, extending the scope of the film's bustling markets, peaceful meadows, majestic castles, and extravagant balls to the rears with smooth and organic directionality and imaging. Heights are also used well during key moments, placing ringing bells, voices, exploding fireworks, and floating magical wands above the listening position when appropriate. Bass isn't as aggressive as some other more action-heavy titles, but LFE does kick in during a chase scene toward the end of the film -- though the DTS track just might carry a slight edge in this department.

Expanding the film's sound design in some subtle but key ways, this Atmos mix serves as a solid upgrade over the original track.

While Disney has not included any new supplements, all of the special features found on the previously released Blu-ray are once again featured on the Blu-ray copy included in this package. CLICK HERE for a full rundown of the supplements from our review of the original Blu-ray. 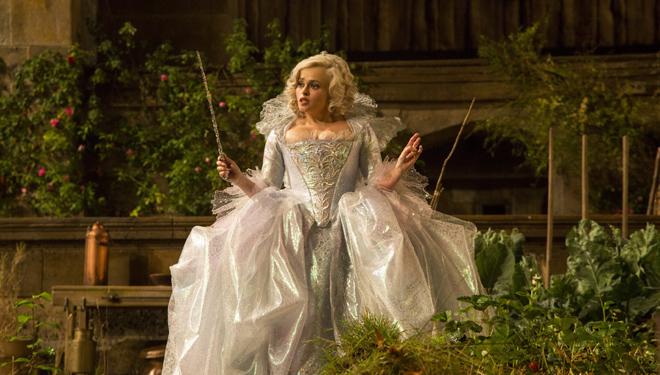 Kenneth Branagh's live-action take on Disney's Cinderella is an enchanting and sweeping cinematic fairy tale. Though unashamedly old-fashioned, the movie plays up and delicately tweaks all of the right beats from the classic story, resulting in a timeless and magical experience for all ages. This new Ultra HD release features a beautiful 4K HDR10 transfer and a solid Dolby Atmos soundtrack. While the studio hasn't added any new supplements, all of the old special features are once again included on the standard Blu-ray disc. This might not be a must-own upgrade, but the video and audio improvements should please fans. Recommended.

Sale Price 14.99
Buy Now
3rd Party 7.49
In Stock.
See what people are saying about this story or others
See Comments in Forum
Previous Next
Pre-Orders
Tomorrow's latest releases