While Guillermo del Toro's Pan's Labyrinth remains a beautiful and haunted fairy tale about a little girl struggling to survive in the wake of the Spanish Civil War, this 4K Ultra HD Blu-ray release is a bit of a mixed bag. Yes, the 4K HDR10 transfer improves upon an already stellar Blu-ray, but the upgrade is a minor one at best. Coupled with the lack of new bonus features and a slight downgrade (from 7.1 to 5.1) in the audio department and it's hard to recommend spending $25 on this release. For Fans Only. 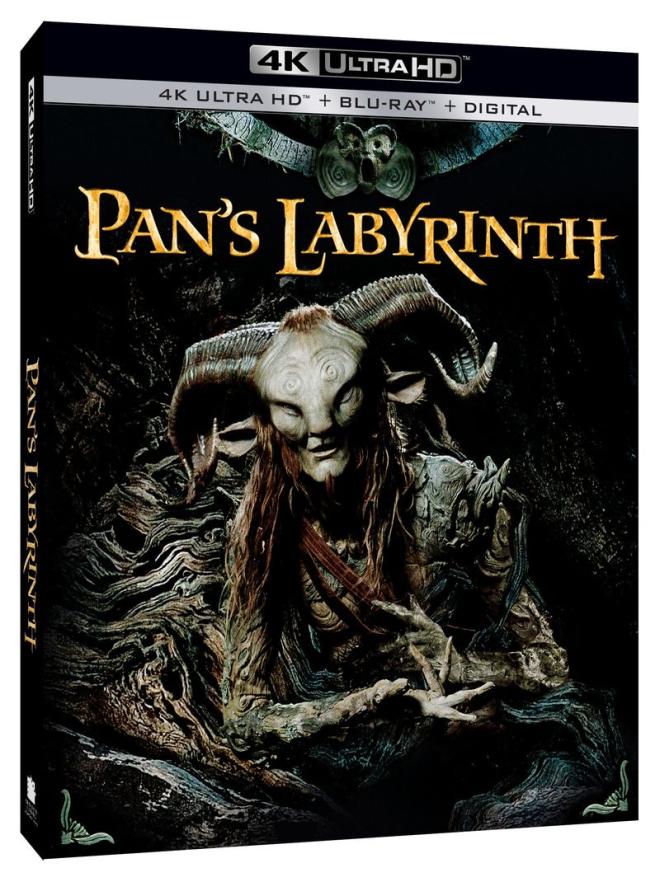 Pan's Labyrinth returns to home video as a two-disc 4K Ultra HD + Blu-ray + Digital combo pack that includes one Ultra HD Blu-ray disc, one Blu-ray disc, and instructions for how to unlock the digital code in 4K via Movies Anywhere. This code expires on 12/31/2021. Both discs are housed in a standard black UHD eco case. The Blu-ray appears to be an exact copy of the 2007 Blu-ray. 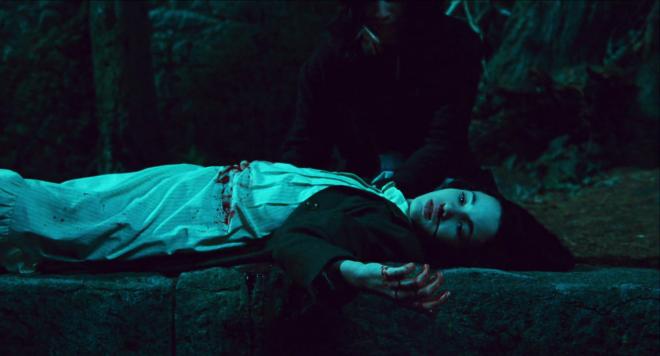 As we dive into the video portion of this Pan's Labyrinth 4K review, I think it's important to ask ourselves two questions. How does the movie look overall, and compared to other 4K titles? And how does this new release compare to previous releases? The first is a question of quality, and the second one of value.

Overall, Pan's Labyrinth casts a spell on 4K Ultra HD Blu-ray with a lovely HEVC encode featuring HDR10 and 1.85:1 aspect ratio framing. Despite the film's muted color palette, this 4K disc offers richer colors, excellent black levels, and a fair amount of fine details and specular highlights. In other words, the movie looks pretty darn good and if you didn't have the older Blu-ray in hand, you'd likely be happy with this transfer.

However, if you're bouncing back and forth between the new 4K transfer and the original Blu-ray, the differences are, at best, subtle. I compared the HDR10 encode to the 2007 Blu-ray on both a 100" projector screen (using the Epson 5050) as well as a 65" Vizio display. Other recent Warner releases, like The Shining and The Matrix, were revelatory experiences because those 4K releases were minted from fresh restorations. Pan's Labyrinth, in 4K, does indeed offer more fine details and information in the highlights -- check out exterior shots of fields or the forest -- and the green, red, and golden hues get a boost. But the problem is that the 2007 Blu-ray was already pretty mint to begin with, which makes the new presentation feel a bit disappointing, to my eyes at least.

In other words, unless you own a HUGE 4K display or projector and you absolutely love Pan's Labyrinth, or you've never owned the Blu-ray, I don't think this new HDR10 transfer warrants the cost, especially when you factor in the next section. 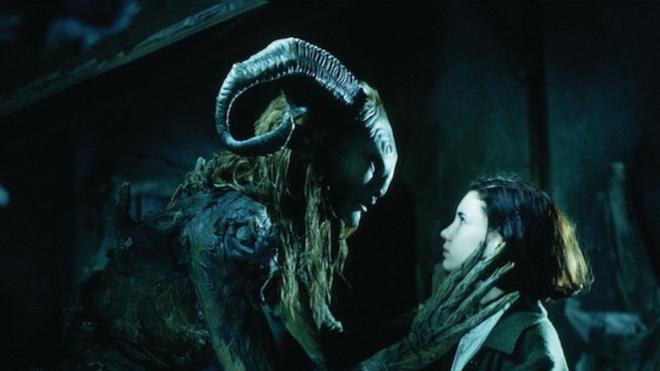 Well here's something I've never seen before. Where the original/included 2007 Blu-ray features 7.1 DTS-HD MA Español audio, this new 4K track only offers 5.1. Further complicating things, I haven't been able to find out exactly what type of 7.1 track is on the Blu-ray, but my AVR detects front-wide channels rather than extra surrounds. So on one hand, this audio mix has been downgraded rather than upgraded. But on the other, when you compare the 5.1 and the 7.1 mixes or toss them into an up-mixer like DTS:Neural:X, the end results are extremely similar, so it seems a bit dishonest to call this a downgrade even if it's technically true.

Stepping back from the oddity of this release, the 5.1 mix is a top-notch affair, boasting clear dialog, intricate and articulate sound effects, and enveloping music. Add in some up-mixing and the experience filled out my 7.1.4 setup quite nicely. That said, it's a shame del Toro and his collaborators weren't able to create a new Dolby Atmos mix since films like Pacific Rim and Crimson Peak make great usage of the new object-based audio formats.

At the end of the day, despite a specifications downgrade, Pan's Labyrinth sounds as good as it ever did, which is a very positive thing. That being said, it's definitely not worth rebuying this movie for the audio. 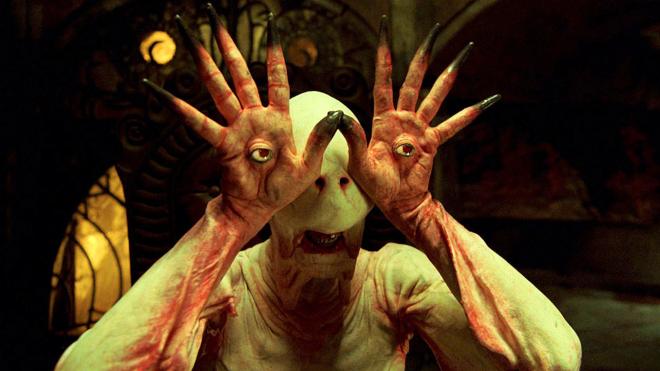 While the director's commentary is also available on the 4K disc, most of the bonus material remain on the original 2007 Blu-ray: 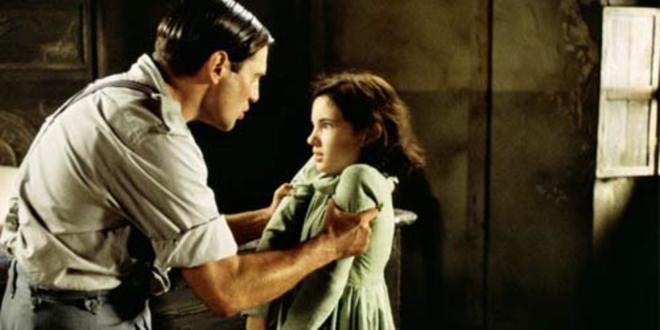 Guillermo del Toro's Pan's Labyrinth is a haunting fairy tale that wonderfully and lovingly blends drama and fantastical elements to create something that only, well, Guillermo del Toro could have made. It's handcrafted and poetic and beautiful and terrifying and heartbreaking all at once, and it's been a pleasure revisiting the film for this review.

As a 4K Ultra HD Blu-ray, the movie looks better than ever. It is slightly shaper, with boosted colors, and more details visible in the highlights. The audio too, despite the two missing channels, also remains engaging and immersive even though it's frustrating that there's no Dolby Atmos option despite this particular filmmaker's success with object-based sound mixing on other movies.

In that sense, the question today isn't whether or not Pan's Labyrinth looks and sounds good -- it certainly does -- but whether or not it is worth buying again. For me, I don't think this is worth $25 simply because the original 2007 Blu-ray was already so strong. That said, if you're one of this movie's many fans or you don't already own it, this 4K release is the best way to experience the film at home, especially if you own a large, high-end display. For Fans Only.

Sale Price 24.95
List Price 41.99
Buy Now
3rd Party 18.7
In Stock.
See what people are saying about this story or others
See Comments in Forum
Previous Next
Pre-Orders
Tomorrow's latest releases