Starring Jason Statham in a memorable performance, Crank is a twisted black comedy that takes joy in its outlandish, humorously dark premise and insanely cartoonish visuals. The high-octane actioner wreaks havoc on Ultra HD with a disappointing 4K Dolby Vision HDR presentation, an excellent Dolby Atmos soundtrack, and the same set of supplements. Still, the overall UHD package is only Worth a Look for hardened fans.

After years of thinking Crank a totally dumb and stale mess during its initial release, I finally realized the proper — or better yet, the best — way of enjoying this crime thriller about a hitman racing to avenge a hit on him. Crank is not as a straightforward actioner in the traditional sense. The completely bonkers, over-the-top action makes this a black comedy, and I found myself laughing out loud at the ridiculously gonzo visuals and the absurdly manic story. The moment I appreciated the movie's dark humor is the scene of Chev Chelios (Jason Statham at his finest and most memorable next to his role in the last three Fast & Furious installments) on a police motorcycle while tripping balls and in a hospital gown. Granted, everything prior to this is just as dementedly cartoonish, but afterward, the movie really spirals into screwball zaniness while remaining true to its goofy premise and delivering more laughs. 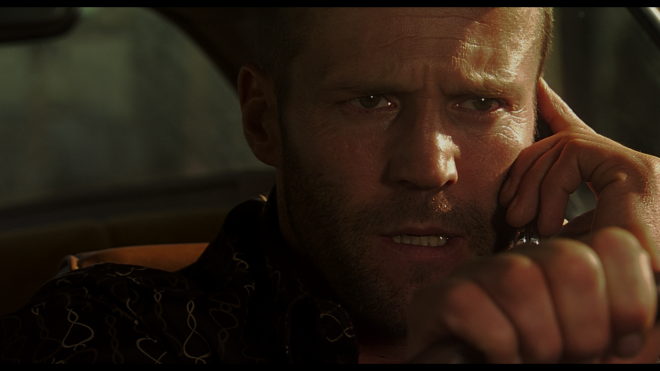 For a more in-depth take on the film, check out our review of the 2007 Blu-ray HERE.

Lionsgate Home Entertainment brings Crank to 4K Ultra HD Blu-ray as a two-disc combo pack with a flyer for a Digital HD Copy, which can be redeemed via moviesredeem.com or through VUDU, unlocking the 1080p HD version with Dolby Digital Plus 5.1 audio. The dual-layered UHD66 disc sits comfortably opposite a Region A locked, BD50 disc inside a black, eco-cutout case with a glossy slipcover. At startup, the disc goes straight to the usual menu screen with full-motion clips and music playing in the background. 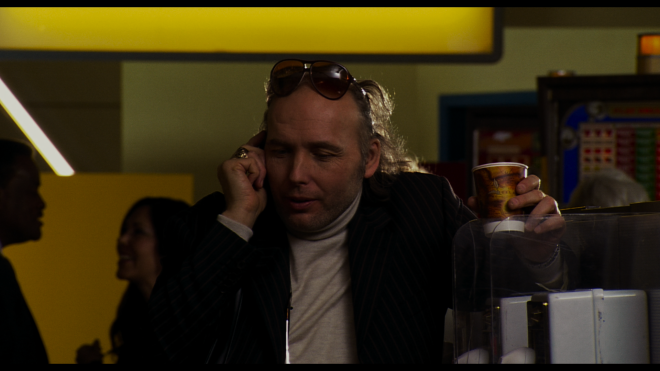 The adrenaline-rushed crime actioner wreaks havoc through the streets of Ultra HD with a disappointingly average HEVC H.265 encode. The movie was originally shot on a combination of digital cameras limited to 480p and 1080p resolution levels, and on Blu-ray when the format was still in its early stages, this resulted in amazing demo-worthy picture quality. Twelve years later, however, those same elements have not aged well, looking terrible in 4K HDR and failing to offer much of an upgrade over its HD SDR predecessor. A few scenes admittedly enjoy a notable uptick in definition with slightly better details of the streets, buildings and in the clothing. Close-ups of faces and various objects are also particularly revealing and noteworthy. But on the whole, the difference is rather small. In fact, much of the 2160p transfer falls on the softer, blurrier side with less than satisfying resolution levels and visible evidence of minor posterization in some areas.

More problematic and even concerning is the HDR rendering, which when compared to other UHD titles, ranges from a mixed bag to downright awful. Contrast is decidedly brighter and more luminous with crisp, brilliant whites during some of the movie's best moments. However, a majority of the time runs significantly hotter than normal with many action sequences crippled by the boosted luminosity, making much of the movie feel overcooked and unappealing. Arguably, specular highlights are heightened for the better, supplying the 4K video with a more vivid, sparkling radiance in some areas, but on the other hand, the hottest spots are intense enough to wash away a good amount of detailing. Likewise, black levels are comparatively inkier, providing the 1.85:1 image with some appreciable depth. But sadly, delineation is pretty substandard with the finer features completely crushed by the darkest shadows.

By far, the best improvement in this Dolby Vision HDR presentation is a considerably more vibrant palette, which admittedly feels more in line with the movie's very dark comedic underpinnings. Primaries, especially, are richer and more animated, making the absurdly dumb and haywire action feel cartoonish and even laughable. Reds range from candy rose in various objects and clothes to dynamic ruby crimson in the bloody gore while blues in the sky are a true-to-life cerulean, and the greens of foliage are always energetic and lively. Secondary hues don't display any more variation than its HD SDR counterpart, which is unfortunate. But on the plus side, Adam Biddle's stylized photography benefits most with more full-bodied, canary yellows that feel accurate to the scorching, peak-of-summer climate of Los Angeles. Meanwhile, facial complexions show rosier, peachy skin tones in some scenes with excellent lifelike textures but also appear severely sunburnt for most of the runtime.

Regardless, this 4K HDR transfer is sadly not much of improvement and lands on Ultra HD with more shortcomings than pluses. (Dolby Vision Video Rating: 56/100) 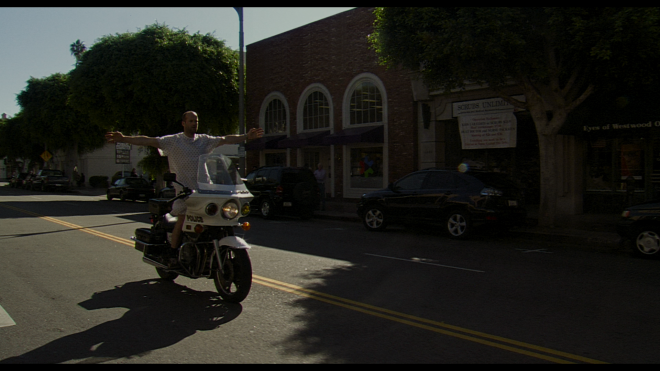 Like the video, the uncompressed PCM 6.1 track on the Blu-ray made for an outstanding, reference-quality listen in home theaters. On Ultra HD, however, the movie doesn't really crank it up a notch or feel like much of a significant upgrade. That's not to suggest, the Dolby Atmos soundtrack is lacking, as it is still excellent and generally satisfying. The surrounds are employed often with various atmospherics smoothly panning between the sides and rears, nicely complementing and expanding the cartoonish action visuals. At the same time, vocals are precise and always intelligible even during the loudest, nuttiest moments while the low-end remains comparatively similar to its lossless counterpart, providing weight and oomph to the action along with a palpable bass to the music.

Notwithstanding, the reason this object-based mix isn't a marked improvement over the PCM version is that the design doesn't make the most effective or convincing use of the ceiling channels. Occasionally, the score and song selections lightly reverberate through the overheads and background activity extends into the top heights, but such moments call more attention to themselves and are easily localized, failing to ever really generate an effective or immersive soundfield. Also, although imaging is broad and spacious with mostly good clarity in the brashest, ear-piercing segments, the mid-range feels pretty narrow and uniform. Thankfully, this doesn't cause any distortion. Only, this spatial audio option isn't any warmer or detailed than what's enjoyed on the Blu-ray. (Dolby Atmos Audio Rating: 78/100) 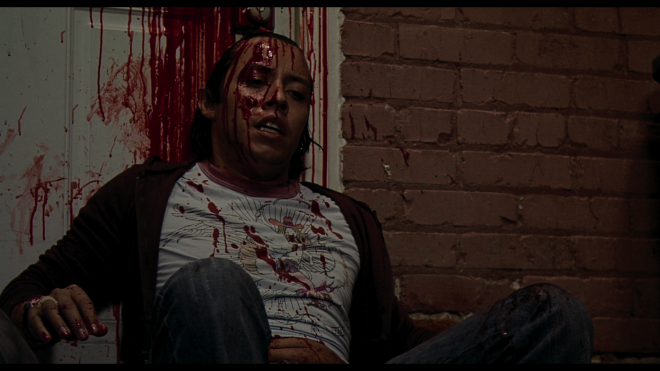 The same supplements are ported over for this Ultra HD edition and available on the UHD disc as well as the identical Blu-ray from 2007. 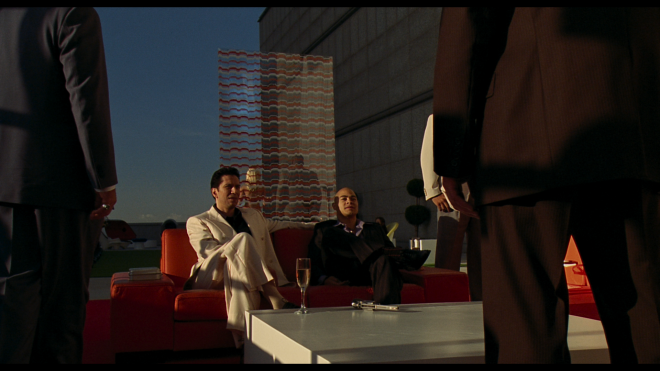 It may have taken thirteen years to come around to it, but I finally get it! Crank is a twisted, ridiculously absurd black comedy centered around an even more outlandish premise justifying the insanely cartoonish action. Along with the wacky visuals, Jason Statham's memorable performance as the manic Chev Chelios adds to the movie's delightfully dark humor. Unfortunately, the high-octane actioner wreaks havoc on Ultra HD with a rather disappointing 4K Dolby Vision HDR presentation that doesn't offer much of an improvement over the Blu-ray but at least, features an excellent, mostly satisfying Dolby Atmos soundtrack. Porting over the same set of supplements, the overall UHD package is only worth a look for hardened fans.

Sale Price 17.49
List Price 22.99
Buy Now
3rd Party 13.5
In Stock.
See what people are saying about this story or others
See Comments in Forum
Previous Next
Pre-Orders
Tomorrow's latest releases