When Miles Morales is bitten by a radioactive spider, he must come to terms with his new spider abilities while teaming up with a multitude (and multi-verse) of Spider-men, woman, and pig to defeat Kingpin and save the universe itself. Spider-Man: Into the Spider-Verse is a joyful exercise in animation and blockbuster filmmaking. Witty, exciting, and visually stunning, it's a great time at the movies. This 4K Digital release boasts a sumptuous Dolby Vision presentation, an articulate Dolby Atmos mix, and a ton of special features. Highly Recommended. (NOTE: the affiliate links on this page are for the 4K Blu-ray -- if you liked this or any of our content, please consider purchasing your copy through these links to help support High-Def Digest. Thanks!) 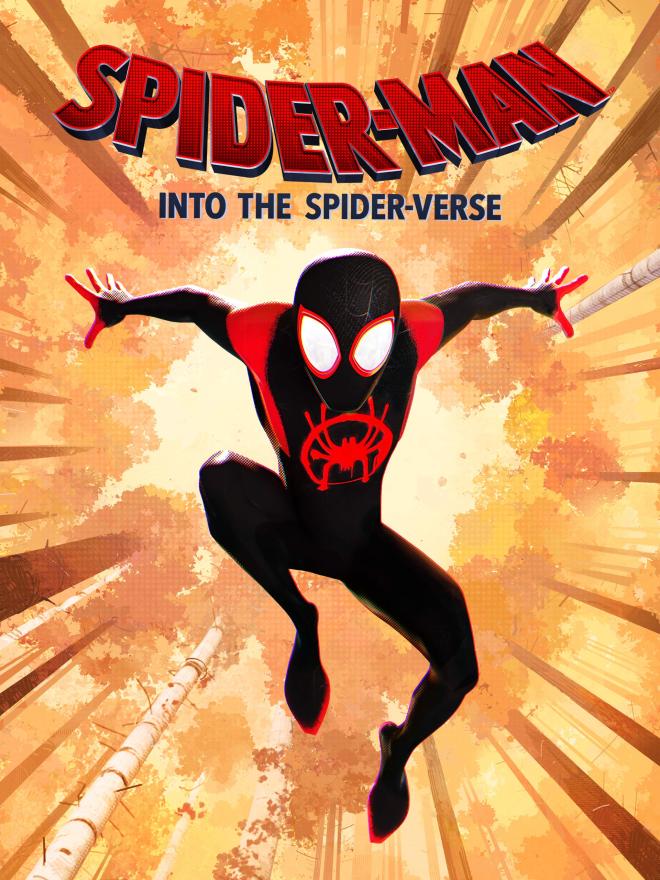 I'll save our full review for Matthew Hartman, who will be tackling our forthcoming 4K Ultra HD Blu-ray, Blu-ray, and (imported) 3D Blu-ray reviews, but here are my two cents:

You've never seen a film like Spider-Man: Into the Spider-Verse before. It's a comic book movie set in a universe where comic books and comic book movies not only exist, but they exist in the same ways we know them. Mile Morales is a teenager in a world where Peter Parker aka Spider-Man already routinely saves New York City, where there's a Saturday morning cartoon on TV, and Spider-Man breakfast cereal. Heck, that odd dancing from Spider-Man 3 also happened.

And then, as the filmmakers take almost everything we know about the Spider-Man character's 57-year history of origins and retellings and adaptations and inspirations, and masterfully weaves it all through a mind-bending story of parallel universes, broken hearts, teenage angst, failed marriages, father-son relationships, sight gags, and gob-smacking visuals. It's one of those movies that comes with a lot of hype and, for me at least, exceeds every bit.

My only quibble is within the animation style itself. Overall, Spider-Verse is a gorgeous movie that blends the sensations of classical animation, comic book pages, and modern CG stylings, and I love all that. But the filmmakers engage a technique in many shots where it appears like they're trying to recreate a shallow depth-of-field and it makes me feel like my eyes are going out of focus (like taking off glasses or looking through glasses for a different prescription). Maybe it's just a quirk of my brain -- I genuinely adore the movie and its style -- but it was distracting at times for my eyes.

Still, Spider-Man: Into the Spider-Verse is a magic show of sharply drawn characters (literally and figuratively), powerful themes, and engaging-and-playful story-telling.

Spider-Man: Into the Spider-Verse is currently available on multiple streaming services in 4K. We purchased our digital copy via iTunes which, like Vudu, includes Dolby Vision HDR video, Dolby Atmos audio, and a number of special features. The digital pricing is currently around $20, about $7 less than buying the 4K Ultra HD Blu-ray. 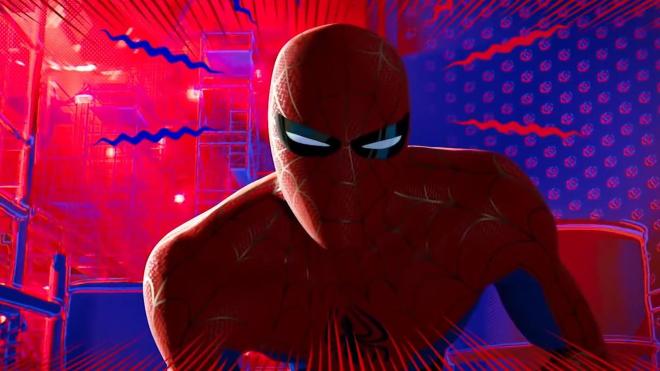 Spider-Man: Into the Spider-Verse swings onto 4K Digital with a crisp and colorful 2160p Dolby Vision HDR presentation that's destined to sell a lot of 4K TVs.

One of the finest digital presentations I've ever seen, Spider-Verse is a torrent of bold colors with perfect contrast and excellent black levels and sharp detailing layered through each frame. Outside of purposefully stylized moments, every frame brims with fine details. Even in the dark shadows, you'll see bits of texture or props or other items. Look even closer and you'll often see touches of newsprint evoked in the characters, props, and locations.

In terms of colors, the New York of this universe flickers with neon lighting and textured backgrounds. Spider-Man's costume is a brilliant combo of red and blue primaries. There are moments where shots turn into comic book panels ripe flashy, cinematic colors. And the film's multi-verse-infused climax is nothing short of a rainbow wonder.

In terms of flaws, I didn't catch any banding, over-sharpening, macroblocking or other encoding issues.

Into the Spider-Verse is a dazzling display of Dolby Vision from start to finish. In terms of the score, I've seen movies that were just a touch sharper -- see my comments above regarding the shallow depth-of-field shots -- so I wouldn't call this perfect. Still, it's close enough to round up to 5-stars.

Spider-Man: Into the Spider-Verse climbs into 4K Digital with a demonstration-worthy (Dolby Digital Plus based) Dolby Atmos mix that's aggressive and immersive in all the right ways.

With a perfect mixture of hip-hop and orchestral music, precisely-placed sound effects, and clear vocal performances, Spider-Verse sounds terrific on our loaner Klipsch Reference Premiere speakers (I've tested both the 8060s and RP-500SA Dolby Atmos speakers and they sound almost like in-ceiling). The soundtrack is epic, immersing the audience into Miles' emotions while providing pulses of thumping LFE that's only topped when villains roar and particle accelerators explode. Sound-effect placement and panning are also very articulate and aggressive, matching the hypnotic visuals. Characters and laser blasts and crashing cars fly around you and over you in all the action sequences to such a degree I expect people will make this movie a go-to demo option.

It'll be interesting to compare this streaming Atmos mix to the lossless version on the 4K Blu-ray (sometimes those differences are negligible, sometimes obvious), but regardless of format, this is a winner of a track. 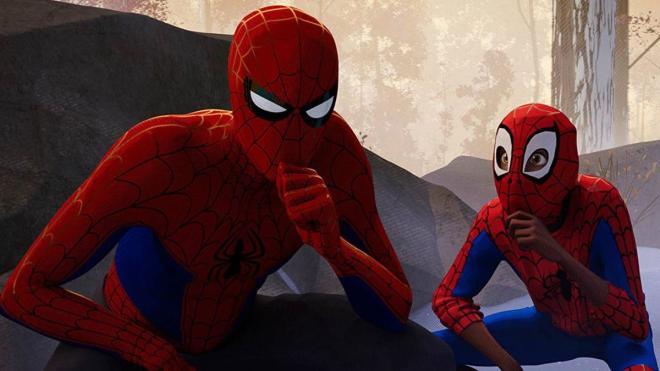 Spider-Man: Into the Spider-Verse comes stuffed with alternative viewing modes, behind-the-scenes featurettes, a short film, and music videos that are a fun combination of informative and irreverent. Fans should be delighted.

Spider-Man: Into the Spider-Verse is a delight from start to finish. It's funny and earnest and thrilling, with strong character arcs threaded expertly through a tight story (and multiple dimensions). My only (extremely minor) quibble is the animation style itself, which is unique and bold and yet, for my eyes, sometimes leans too far into blurry backgrounds and foregrounds. Still, I love this movie. Spider-Verse is a top-tier 4K Digital release, blending colorful, striking Dolby Vision HDR with a thumping and all-encompassing Dolby Atmos sound mix. The bonus materials are plentiful too. Highly Recommended.

Sale Price 19.94
List Price 30.99
Buy Now
3rd Party 15.95
In Stock.
See what people are saying about this story or others
See Comments in Forum
Previous Next
Pre-Orders
Tomorrow's latest releases