In what may be his last on-screen performance, Clint Eastwood’s The Mule is a strong entry in his filmography, providing fans with another layered performance that is sure to please audiences. While there isn’t a huge difference between the 4K version and the Blu-ray release, the video upgrade fixes some minor glitches apparent in the 1080p transfer, although the audio provided on both discs is exactly the same. Still, if you’re an Eastwood aficionado, you’ll want to own the best version of this movie available. Recommended. 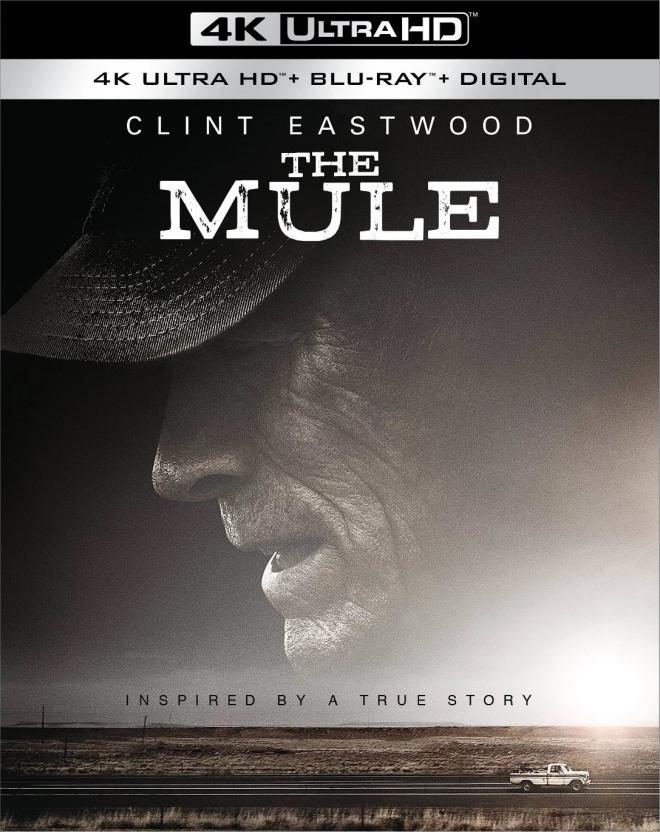 In 2012, Clint Eastwood did a favor for his longtime 2nd Unit Director, Robert Lorenz, and starred in Lorenz’s directorial debut, Trouble with the Curve, a film that Eastwood swore at the time would most likely be his last role as an actor (although he continued to produce and direct). The movie, while far from a bomb, was clichéd and definitely not the kind of role that a film legend like Eastwood should close out his acting career on. Alas, for a while, it looked like this might be our last glimpse of Clint on the big screen. Until now.

The Mule reminds us of how good an actor Eastwood can be in the right part, and how — even though he's now in his late 80s — he's still quite capable of engaging an audience. The wit and the charm are still all there, and this film delivers one of Clint's best performances: charming, witty, heartbreaking, and tragic.

Earl Stone (Eastwood) has spent his life obsessed with his career of being a horticulturist. He loves his flowers and plants, but that love has come at the expense of his family. He's divorced from his former wife, Mary (Dianne Weist), and estranged from his daughter, Iris (played by Eastwood's real-life daughter, Alison Eastwood). Even when he tries to make good by showing up at family gatherings, he can't escape the mistakes of his past and winds up causing more misery in his family dynamic. He's also down on his luck, facing eviction from his home and leaving him with little more than his old, beaten down truck (which, in many ways, is a reflection of Earl himself).

Then Earl gets approached by a young man giving him a number to call and telling him if he's looking to make a few bucks, to reach out to that contact. With not a lot of options on the table, Earl looks into the job and discovers that all he needs to do is make a pick up at a certain location (he doesn't know what he's hauling at this point), drive across country to another hotel, leave his truck parked there overnight, and receive his payment the next morning (waiting for him in the truck's glove compartment). What Earl soon learns, however, is that he's delivering cocaine for a powerful Mexican drug lord (played by Andy Garcia). But the ease of the work he needs to do and the huge amount of money he gets for each delivery is too tempting for Earl to say no.

It isn't long before Earl has made a lot of money for himself. Enough to buy him a fancy new truck for his deliveries and to start giving back to both his family and friends. Of course, Earl's relatives are a little suspicious about his new-found wealth, but they never suspect he's gotten into the life of crime that he has. Still, things are going well for Earl, and he even gets invited down to Mexico for a visit with the drug lord. It's only when the drug lord's operation is overtaken by a new, much harsher/demanding leader that things start to go south for Earl, and the "good life" begins to unravel.

Although he doesn't have a huge role in the movie, Bradley Cooper co-stars as DEA agent Colin Bates, who is anxious to track down the mysterious "mule" and make a name for himself in the agency. Of course, he never suspects it's Earl, despite tracking him to a motel one night (Colin believes it's another man staying there, and even has breakfast and a conversation with Earl — never guessing he's the man that he's been looking for).

In another director's hands, The Mule might have been a much darker, much more depressing movie. But Eastwood knows he needs to entertain as well, and while he doesn't give us a "happy" ending, he doesn't leave audiences hopeless either. Add to that the sense of humor the movie has throughout, and The Mule turns into a much more fun ride than one might guess going in. It's not Eastwood's best movie, but if this is indeed his swan song as an actor, he's leaving us on the right note.

The Mule delivers the goods on 4K UltraHD inside an eco-friendly black Elite keepcase, which houses the 4K disc, a dual-layer 50GB Blu-ray, and an insert containing a code for a digital copy of the film. A slipcover with artwork matching that of the keepcase slides overtop. While there are no front-loaded trailers on the 4K disc, the Blu-ray contains front-loaded trailers for The Curse of La Llorona, A Star is Born, and They Shall Not Grow Old. The main menu on both discs is a still image (the same image seen on the box cover), with menu selections across the bottom of the screen.

The Blu-ray in this release is region-free, while the 4K disc, as always, has no region coding. 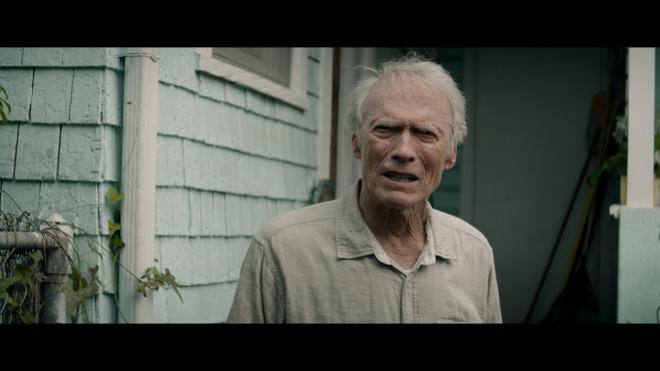 The Mule was shot digitally on Arri Alexa equipment and is presented on home video in the 2.40:1 aspect ratio. This 4K version of the movie is upgraded from a 2K digital intermediate of the movie, and honestly, there's not a huge difference between the 4K image and the Blu-ray version, with some notable exceptions. Obviously, the black levels are better on the 4K version, as is contrast. While bright colors have never been Eastwood's style as a director, there are a few points in the movie where the HDR effect is more obvious, such as when Earl makes his visit to the drug cartel's headquarters down in Mexico. There's also a bit of aliasing/shimmering at times on the Blu-ray that doesn't appear on the 4K version, but again, these issues are so minor that only the sharpest of eyes will even notice them. The bottom line here is that if you want the best-looking version of this title, go with the 4K image; however, don't feel as if you'll be losing out if you can only afford (or only want to invest in) the Blu-ray release, as it's a decent transfer as well.

The audio provided is exactly the same on both the 4K and Blu-ray discs, with the featured track being an English 5.1 DTS-HD Master Audio one that, while far from flashy, properly delivers the aural intent of the filmmakers. As you might have already guessed, The Mule is a character piece, meaning that it's a dialogue-driven film. The spoken word here is pretty much exclusively front and center, well rendered, and intelligible. The surrounds are primarily used for ambient noises, to enhance the musical soundtrack in the film, and for the occasional gunshot, hovering helicopter, or other bits of action. 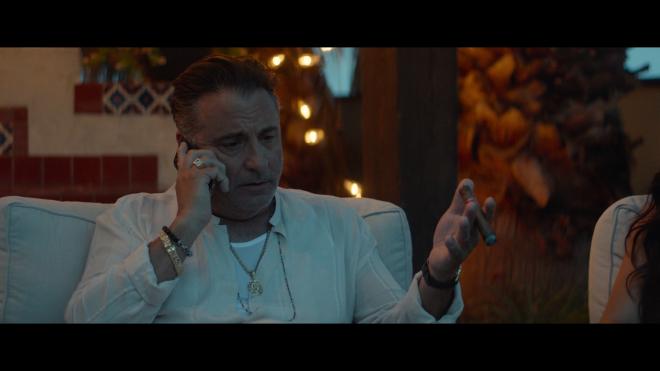 Note: The bonus features listed below are contained on the Blu-ray disc only. 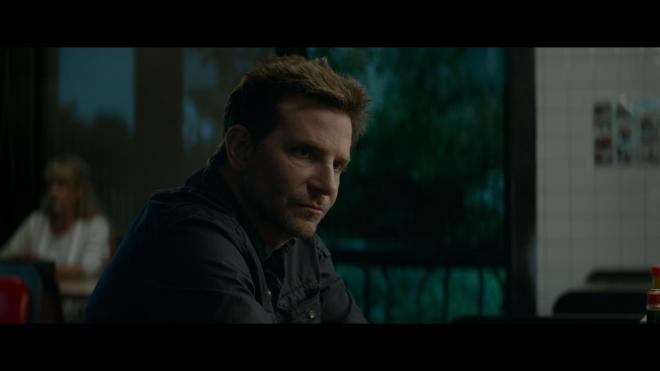 I'm a huge Eastwood fan, so I do come into this review with some bias, but The Mule is another solid entry in Eastwood's film history and one all fans of the actor/director/producer will want to check out. This 4K release of the movie isn't a vast improvement over its Blu-ray counterpart, but will be the version Eastwood aficionados will want to own if they are collectors of his titles. Recommended.

Sale Price 23.99
List Price 41.99
Buy Now
3rd Party 23.99
In Stock.
See what people are saying about this story or others
See Comments in Forum
Previous Next
Pre-Orders
Tomorrow's latest releases