Sean Anders' well-intentioned family comedy Daddy's Home has grown into a humdrum, yawning-inducing drive down a much-too-familiar neighborhood, despite the relatively charming comedic chemistry of the film's two central stars. Wrangling its way into the Ultra HD family and sporting a fancy Dolby Vision transfer, the 4K video presentation is ultimately as average as the plot itself while the DTS:X soundtrack saves the day with a couple bits of aural amusement, making the upgrade For Fans Only. 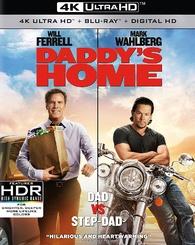 Three years later, and Daddy's Home has not aged particularly well or improved in the slightest. In fact, it has grown worse. My first initial watch of Sean Anders' family comedy was like an unexpected visit from Mark Wahlberg. Rough around the edges, a bit disordered and wild, but his rugged handsomeness made it easy to forgive his minor flaws while the uncouth chaos he introduced could be occasionally charming and diverting. A couple years later, however, that edgy charm has settled into the monotony of dependable suburbia, dressing in a button-down shirt and Khaki pants, driving around town in a Ford Flex and turned into the bland vanilla flavor that is Will Ferrell. Once we've traveled that safe, quiet, reliable neighborhood that eventually leads to that predictable, perfectly-manicured and manufactured home, the drive ultimately loses its charm. It reaches the point of being lost in other thoughts, driving on autopilot while yawning, wondering how one managed to not crash and suddenly speculating on that unexpected, imaginary crash.

Throughout the film's 96-minute runtime, I kept finding myself lost in other thoughts, the most random nonsense — mostly political, oddly enough — and then speculating, if not wishing, for some unforeseen crash, something to suddenly startle me back to focus and pay attention to this boringly familiar commute. I struggled, of course, to enjoy the drive, intent on finding some unlooked-for detail I might have previously missed. But it was not meant to be. The family comedy about the challenges of being a stepparent is business as usual, driving on the autopilot of a synthetic, artificial formula that never offers any surprises. And like before, Wahlberg and Ferrell's chemistry is ultimately the real highlight, playing off each other with a natural sense of rhythm and timing that feels genuine and as though off-the-cuff spontaneous. However, Linda Cardellini's character has grown more bothersome and off-putting as the enabling bystander of the two men's pissing contest as she could take charge at minute and bring an end to the stupid rivalry. Failing to gain a single laugh, the well-intentioned comedy is a total dud not welcomed in this home. 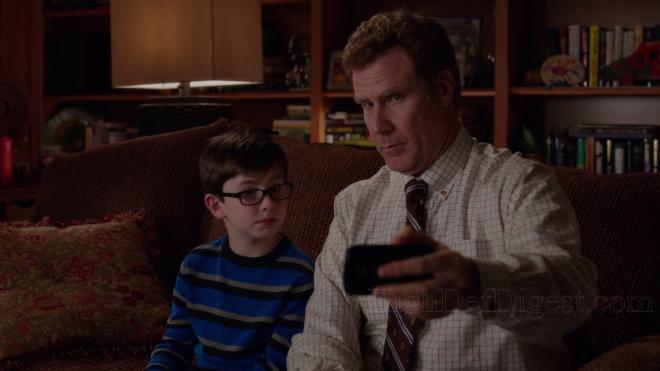 Paramount Home Entertainment brings Daddy's Home to 4K Ultra HD Blu-ray as a two-disc combo pack with an UltraViolet Digital Copy, which can be redeemed via ParamountMovies.com, giving users access to a 1080p HD copy, or VUDU, which unlocks the 4K Dolby Vision version. Inside the black, eco-vortex case with glossy slipcover, the dual-layered UHD66 disc sits comfortably opposite a Region Free, BD50 copy. At startup, viewers are taken directly to a static screen with the usual selection along the bottom and music playing in the background. 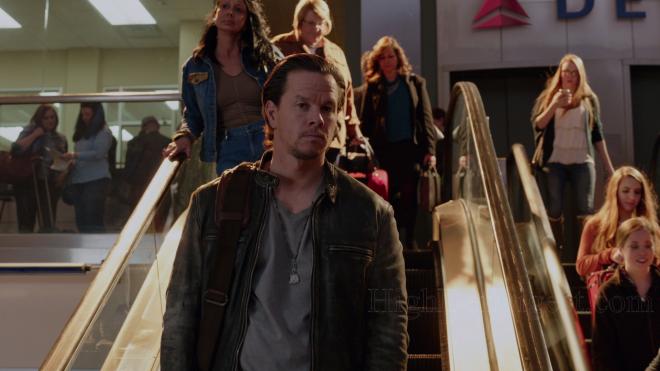 Daddy tries to squeeze his way into the Ultra HD home with a strong HEVC H.265 encode in Dolby Vision HDR, but the gifts he bears to win audiences over are not substantially better to was previously offered on the Blu-ray edition. Of course, the transfer does have its moments, showing a welcomed uptick in definition and resolution. The tiniest object and figurine along the walls inside the Whitaker household are intelligible and distinct. Meanwhile, brightness levels deliver slightly deeper blacks with excellent variation and gradational differences between various shades without consuming the finer details within the darkest areas. However, there are a couple scenes that are noticeably softer than others, and every once in a while, the shadows lose a bit of their luster and look murkier than in other moments. By all appearances, the quality of the transfer seems to suggest producers simply recycled and upscaled the same source used for the Blu-ray, as there are minor instances of aliasing along the sharpest edges and a distractingly ugly case of digital noise at around the 55:30 mark when Will Ferrell looks into his house while standing in his yard.

Presented in its original 1.85:1 aspect ratio, the 2160p video also displays the same contrast levels as before, which is neither a bad or good thing. Granted, whites appear a tad brighter and the overall quality feels a bit livelier, especially during outdoor sequences, but it's not a noteworthy or impressive upgrade. In fact, specular highlights are some of the weakest aspects, as we lose a good amount of detailing in the hottest spots. Look at the various lamps throughout the house, the shine on someone's face washing away pores and fine wrinkles, and the flames of the firepit when the dads attempt to bond looking like white blobs with an orange ring around them. Similarly, colors receive a small boost and appear marginally richer, most notably in the primaries. However, secondary hues appear about the same as its HD SDR counterpart, and facial complexions shift from slightly sunburnt to pale. Interestingly, Ferrell's jacket is particularly distracting because it changes and fluctuates from a deep orange to red, sometimes within the same scene, such as when the dads say goodnight to the children at around the 18-minute mark. 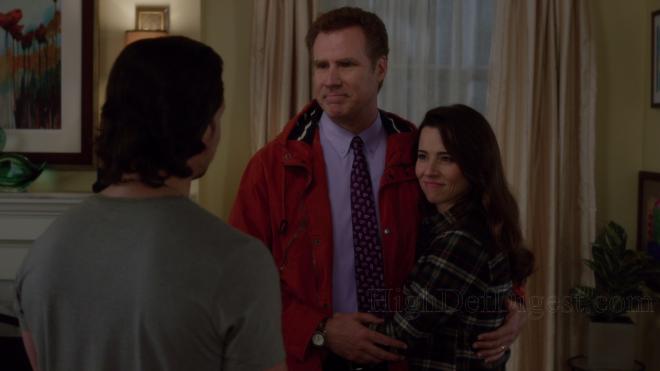 The family comedy makes it home to UHD with the same DTS:X soundtrack enjoyed on the standard Blu-ray release. There are several atmospheric effects that occupy the surrounds effectively, doing an excellent job of breathing some life into the movie and nicely expanding the soundfield. Some of that activity occasionally moves into the overheads with great directionality and fluid panning. However, the lossless design's greatest strength is within the front soundstage, exhibiting an extensive and detailed mid-range. Along with well-prioritized vocals throughout, the track delivers a gratifying low-end that occasionally impresses during a couple song selections. 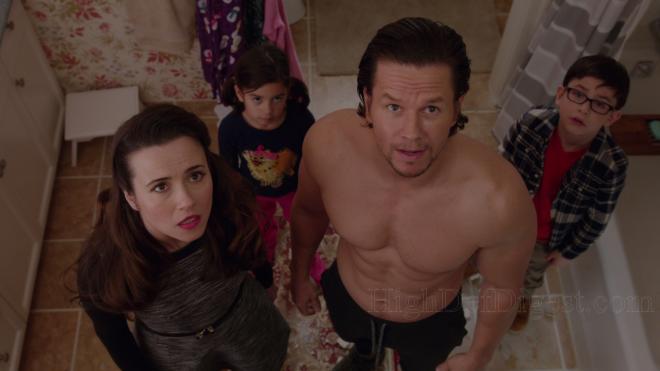 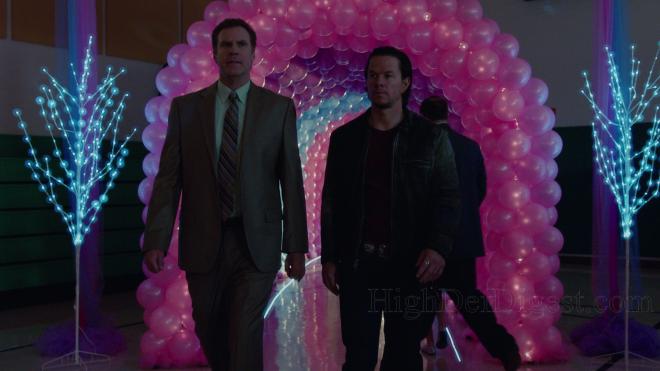 Daddy's Home aims to be a heartwarming film for the family-friendly crowd, and it's clearly designed to deliver uplifting moralizing for complicated modern family dynamics, but the predictable plot leaves very little room for surprises, delivering only a few sporadic fits of laughter here and there. The 4K Ultra HD Blu-ray arrives with a strong Dolby Vision HDR presentation, but it doesn't deliver a significant improvement over its HD counterpart and even shows a few noteworthy drawbacks worth taking into consideration. The same DTS:X soundtrack as before is accompanied by the same set of supplements, but the overall package is ultimately for the fans and those simply wanting to upgrade for a slightly better presentation.